I’ve met a few billionaires over the years. Let’s say five or under. And in case you were wondering – no, Oprah was not one of them. Though we were in the same room two of three times. Which I don’t count so much as meeting but being in the presence of her royal greatness. Yeah, I miss her and long for those simpler times when a Black woman from a poor background could try to enable the world to strive for their better selves. Rather than the present when it seems we have exactly the opposite.

Oh how I miss her

Anyway, I only considered one of the billionaires I’ve met to be a truly happy person whose values were similar to mine and who, if push came to shove, I might even consider for U.S. president. This person’s moral compass was such that he judged people not by how much money they were making or had by accident of birth – or what possible connection or DEAL they could bring into HIS WORLD – but rather by their broader views on life. In other words, this person often hung out with and sought the company of poor people – meaning YOU AND I.

By my calculations… that would the 99%

Heck, there might have been a few here and there on the other end who made even less than the $50,000 cut-off – individuals whom he actually knew fairly well or were friends with those mentioned above and attended the many and varied social functions held at this person’s home. Some of these gatherings were casual, some were to raise money but quite often there were individuals of all shapes, sizes, ages (yeah, even children among the adults, can you imagine?) as well as incomes.

Certainly there was a respectable amount of multimillionaires and above but to watch this man walk around the room and actually listen to others as they shared their views of the world and he, in turn, revealed his with equal enthusiasm – was a genuine sight to see. He didn’t have handlers. There was sincerity in his body language and dialogue. When he engaged he looked into the eyes of the person he was engaged with rather than trying to clandestinely glance to or service what he perceived to be the more advantageous prey at his party.

Yes, he was the billionaire unicorn

I know all of the above to be so because some weeks after one of his parties about a decade and a half ago, this person accepted a dinner invitation to my humble abode. Incomes for writers fluctuate greatly and let’s say it was absolutely one of my leaner years. But show up for the very small gathering he did – engaged, joyous and happy to be there. I kept thinking — this person has given away more money than I will make in 10 lifetimes – and that’s being very generous to me. Why is he sitting in this funky bottom floor duplex apartment with worn, thin wood floors in desperate need of sanding when he could be luxuriating in several of his own luxurious homes? Or be chowing down in a five star hotel or restaurant with other power brokers or wheelers and dealers? Or better yet, charter his own private jet and fly him or his party of choice to Rome, Paris, Athens or, say, even… Palm Beach, Florida? 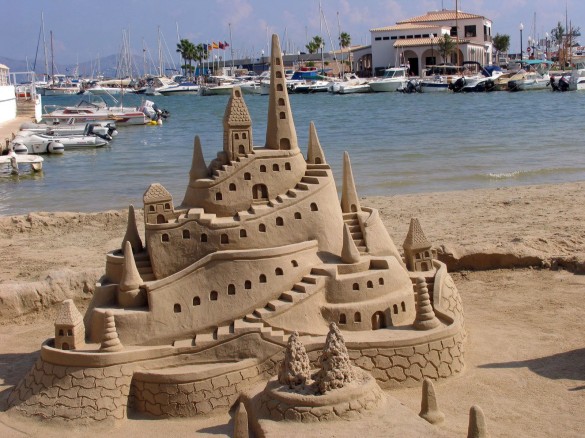 … in a home that probably looks something like this

The simple answer is that this person wanted to be at my house. And not because he was slumming – or even running for office. The money was nice but it didn’t define him. He had his own foundation, still worked at his chosen profession, and continued to make and give away millions of dollars. But the money, the wealth and the privilege were not his brand. His personhood was who he was. And the corporations he owned was not this person. He was.

This man forever changed my perception of the uber-wealthy and shook up my views of just how one begins to navigate success and failure, poverty and riches.  It’s all in the game of how you perceive yourself and engage in the world. Is one lesser than, better than or, at the end of the day, on equal footing with others despite society’s too numerous to count measures and scales? 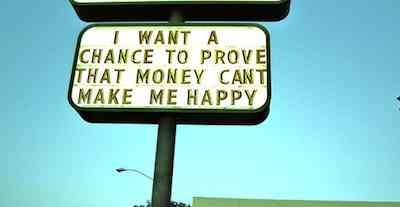 I can’t really fault that logic

To put it more simply — can you be a leader without being superior. Is there a way to win at what you do without inciting the hatred of your supporters for the other side and inciting them to moral and physical violence? If business really is a cutthroat and cruel arena where any actions can be forgiven because it’s not personal, how could it be that this particular person rose to the top of his, and then some, without doing any of it?

Well, perhaps he just got lucky. Or is an anomaly. Or secretly did just that and covered it up? No. He was just a guy with a lot of ideas and an inner belief in the world and in himself. In that order. Rather than vice-versa. He didn’t think so much about of making him or his company #1. He instead created a product and systems that facilitated connection – rather than alienation.

I’m starting to feel like this person might own a lot of hooded sweatshirts… but no. #keepguessing

This person loved the land and owned a lot of it – and I mean more PRIMO acreage in the most desire spots in both our urban and rural landscapes than you can imagine; and made sure that upon his death the state and federal government will take over such lands and keep and preserve them in perpetuity to their natural green habitats. The final part of the DEAL is that these lands will be open to the public to peruse and enjoy.

In other words, this land will not be developed into steel and concrete versions of mini-adult Disneylands that many of this man’s many, many friends could afford or would even choose to frequent. His desire is not to bring us back to a past where these lands can be GREAT AGAIN. Nor did he think it necessary to rip these lands apart at the seams in order to preserve them and bring back their greatness.

His thought was – and still is – to enable a place where we can all – everyone one of us despite our backgrounds – gather as many people together to share the land –and the infinite possibilities it evokes – as he could. 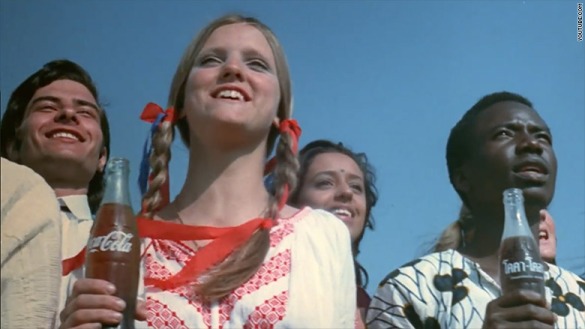 Funny enough, that’s the way he built the empire that made him rich. Not the other way around.

Final note: This person is listed as one of the top charity givers in the United States in the last 15 years with contributions in the many tens of MILLIONS of dollars. No other billionaire running for president at the moment is even in the ballpark.