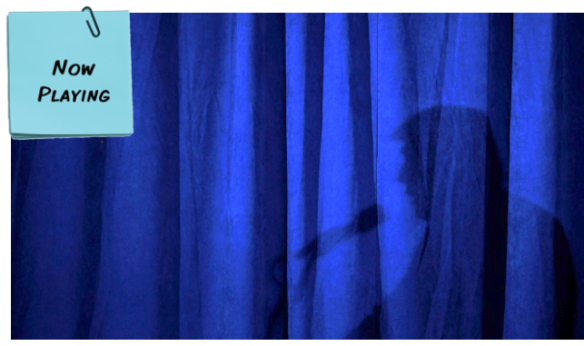 Try as we might, we can’t get away from the elephant in our country.

You know what I mean.  Or whom.

Not only is it Trump this or Trump that, it’s how will we fight Trump, what will happen if we don’t defeat Trump or, my favorite at the moment – um please, we have a rule tonight, there is no talking about Trump.

On that latter point in my house:

Of course, the latter is misguided for so many reasons.   But mostly because even when you don’t talk about IT, it’s there, lurking beneath the surface, ready to rear it’s ugly head just when you thought you’d put it to bed.

Not unlike the trauma you buried from your childhood or the pretending you do every time you toss off that rehearsed carefree smile at your ex.

Or the murderous rage you suppress whenever the driver in the car in front of you is going 3 mph because they’re texting.

Or the searing pit of bile bubbling up in your stomach when that person in the market, elevator or treadmill next to you speaks as loudly on their phone as NYC Mayor Bill de Blasio did on the stage at the first Democratic debate this past week.

Point being that totally ignoring a problem only makes IT bigger and you smaller.

Last week I snuck off to NYC for a few days to ostensibly forget the Trump of it all.  I did this by paying what would amount to the price of a small used car for orchestra tickets to three of the hottest shows on Broadway.

Think of this as the gay male equivalent of binge eating with a chaser of middle-aged entitlement because I deserved to see the original casts of this year’s big Tony Award winners since the world is shitty, I’m getting older and who knows how many years I or any of the rest of us have left.

In any event, and to be more specific, another way to put this is that I sat front and center for:

Hadestown, To Kill A Mockingbird, and Oklahoma!

Yes, they were all truly brilliant, a word I hate to use but find that when it applies there is no other.

Yet what I found even more surprising is that while these three shows couldn’t be more different – certainly they were all written decades, even centuries apart – they all, in their very artistically eclectic ways, very much addressed exactly the same subject:

Hadestown is about making a pact with the Devil for your soul in order to get what you want.  But in this case the Devil is a con man AND a BUILDER who seduces you into believing he will take care of you and, once he owns you, does anything but.

His suits fit a little better

Since it’s based on a Greek myth they call him Hades but when you watch it, well,  you will likely feel the urge to substitute….oh, some contemporary name of your choice.

Especially when during the first act curtain song entitled “Why We Build A Wall” at the Friday night performance you attend you realize Hillary Clinton is sitting directly in front of you three rows to your left. (Note: #Swear2God/Hillary).

Let’s just say I experienced a range of emotions

Then there’s To Kill A Mockingbird, a story about a 1930s southern white small town lawyer who deeply believes in justice and yet just as deeply sympathizes with the enraged, poor, white working class neighbors all around him who feel like they never get justice and have been left behind by the system for far too long.

So much so that he agrees to defend a young man of color for a crime he clearly didn’t commit knowing FULL WELL that said system and his neighbors could NEVER convict him, and certainly wouldn’t KILL (nee lynch) him, when all rational EVIDENCE points to the contrary.

This brings us to Oklahoma!, a show we mostly know as the vintage Technicolor movie musical of the same name about the infinite joys of the American heartland.  (Note:  Oh, come on – Surrey With The Fringe On Top??  Oh What A Beautiful Morning????).

Who knew all this time that what this story was really telling us was how quickly the people inhabiting our heartland would turn their backs, and very American guns, on the most unfortunate among them and literally erase them with their own bullets when they are unable to make lemonade out of the very real sour lemons life has handed them – AND jump for all the joy in America while doing it.

If it seems all three of these are of a theme simply because my taste verges on the, well… angry, timely and political – not really. (Note:  Though, admittedly, yes they do).

I had to be dragged to Oklahoma!, a show I never liked or related to in the least, kicking and screaming.  Nor was I at all interested even a little in Greek mythology or up to revisiting the racism of the Depression era south by way of The West Wing.

Proving once again that every seemingly distant, dystopic time period produces valuable work that in some way (okay many ways) directly reflects what’s going in the streets and hearts of those inhabiting it… and well beyond.  Because if done particularly right a handful of these works will live on and the truth of their stories will get reimagined and reinterpreted in countless forms as both an artistic expression and, perish the thought, teaching tool and salve for future generations.

And they will seem as timely as hell while doing it even when, in the case of Oklahoma!, not one single word has been changed.

Because especially great art comes out of experience, passion, pain and point of view.  And paying attention.  Often it’s born from the ashes of despair or a twisted take about that which deep down sticks in our craws, inflames us and/or seeks to destroy us.

A very wise mentor once told me early on that there are only a handful of stories out there – it’s all in the way you tell them and just how much truth you are telling. 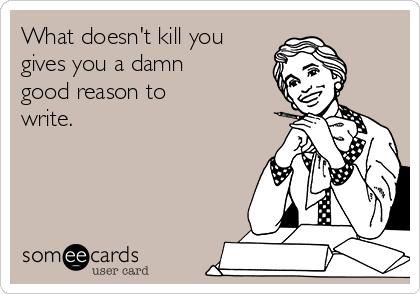 As artists, and for that matter, citizens, we reconfigure our handful of stories with dark and light magic that not only reflects the contemporary world around us but is also informed by it.

To watch these events then play out on a stage after they’ve played out in life, or even in the political arena, at a time when all we want to do is to turn away, is one way to know that —

2.  The recipe for catharsis is never to live in a pretend world.

Rather it is to face our demons (aka reality) en masse through another set of eyes able to express it differently.  It’s through that very kind of  group camaraderie that we can  go from desperately hopeless to happily hopeful in the space of just a few hours. 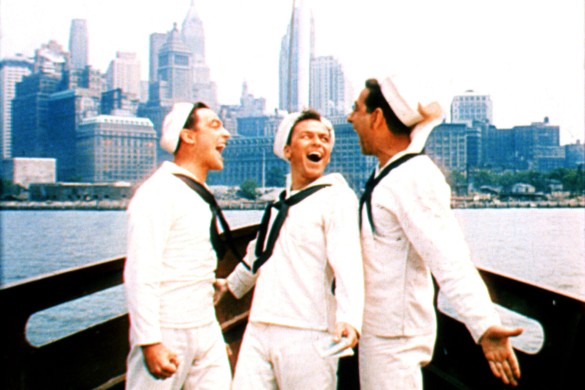 The Chair is currently spending the weekend in NYC — with an itinerary chock full of Broadway shows (of course). He’s going to have a lot to report on…. stay tuned.

Till then, enjoy this song from Hadestown — which has taken on extra meaning since the Chair first heard this song while he sat just a few rows behind 2016’s Popular Vote President. Take a moment to soak that in.

“Why We Build The Wall” – the cast of Hadestown

notes from a chair
Create a free website or blog at WordPress.com.