Last night I dreamt that a guy named Hampton, or Harrington, with a portfolio in his hand and a hat cocked to the side of his head as if he was an old time reporter – think conservative writer Matt Drudge – came to my door trying to sell me something.

You know the type

I instantly backed away because he wasn’t wearing a mask.

But he kept talking and, when he saw I wasn’t responding to some right wing or religious claptrap he was peddling, he reached his arm out to jam the door and blurted out incredulously,

I then gave him one of my famous eye rolls (Note: Okay, two) and slammed the door in his face.

My heart was beating fast and I was pissed!

This demented, unknown asshole —  how dare he infiltrate my safe space!

Never mind this was my old apartment, located on the ground floor of a duplex from the sixties, that I haven’t lived in for 10 years.

Anyway, I turned from the door and went through the living room and then around the corner, past my bedroom, and through the hall to my home office, where I see Hampton, or Harrington, or whoever the f-k he claimed to be, actually crawling through my floor-to-ceiling door/window.

How he got it open, I have no idea, since as I recall there were bars on all those windows.  But these type of people, well, as we all know too well after the last four years, they have their ways, right?

If only Clooney was in this dream…

In any event, there I go running into the room where somehow this little sh-t has now somehow gotten his foot through the glass, ready to push him out and break the glass and sever his presumptuous soon to be dangling limb, if need be.

But before I can do anything I notice right next to him this cute little young woman, sitting at a large table she’s set up on the landing next to my doorway.  It’s got a large colorful tablecloth with a gorgeous set up of orange juice, muffins, teacakes, coffee, lemonade and the like, and she’s commandeered my entire area, ready to sell or perhaps even give it all away to a line of very clean-looking smiley people from, I’m guessing Indiana or some such Midwest state, certainly not West Hollywood, which is where my apartment was located.

I look at this woman, also mask-less and unsurprisingly sunny blonde, and think what the f-ck, but she just stares at me with this Up With People sort of smile and gestures to the o.j. and muffins.

Despite how good they look (Note:  Yeah, I have to admit that) I say to her almost tongue-tied:

Meanwhile, Hampton’s long leg has now almost touched the floor in my office, as I’m pressing the glass door closed against him and start yelling:

Well, I can’t tell you if I won or lost because then… 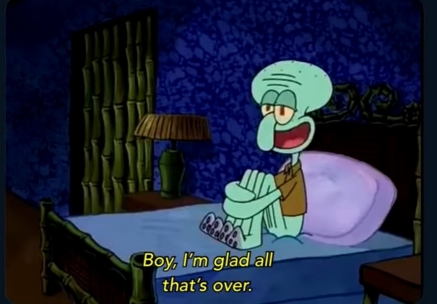 But is it really?

Of course, missing from this dream was my husband of almost 32 years, who was living with me in that apartment.  God knows where those people stashed him.

Also gone was any semblance of anyone else to help me.  All that I saw was the phony sunshine being offered by these charlatans from a demented world that people were lining up to buy into in droves.

Does any of this sound, well, familiar?

As I watched  Donald Trump this weekend immorally and probably illegally nominate someone who will arguably be the most conservative person ever to occupy a seat on the US Supreme Court, Amy Coney Barrett, I couldn’t help but reconsider, in light of this dream, what I secretly thought about myself at several points in my childhood when I had feelings about things that, in a matter of time, would turn out to actually happen:

Then I realized the ugly truth.  I’m not special and I’d bet all 65 million of us have at times in the last four years been having various versions of this very same…well, let’s just call it as it is…nightmare.

Amy Coney Barrett, as well as the young girl at the breakfast table, and even Hampton or Harrington, might seem perfectly sunny to hang out with.  In fact, this would be especially so as long as they bring those muffins and orange juice and we have all taken a cup of Instant Smile in order to avoid talking about anything meaningful aside from their glistening and hypnotizing, well, cleanliness.

But if we dare to blink our eyes a few times or, god/gosh forbid, think, it quickly becomes clear that what we’re really feasting on is, in reality, the beginning of our own demise.  The homogenization of difference.  The demonization and illegalization of the essence of who most of the 65 million of us are, or certainly believe in.

Ms. Barrett and Mr. Trump smiled a great game from the Rose Garden Saturday afternoon.  Heck, so did even  Kellyanne Conway and Fox News’ Laura Ingraham from the audience, and when was the last time you could say that about the latter?

She looks better than I thought #shade

But make no mistake.  If you are female, if you are LGBTQ, if you are not guided by religion, if you are non-white, OR if you are at all an ally in any sort of way of any of the aforementioned above, you should be more than alarmed.

Not to mention, you can also now count yourself, as allies, among that infamous 65 million of 2016 whose beliefs and lives will truly be in peril. (Note: aka The Majority).

I won’t go through all the many ways we should be panicked at the nomination and likely immoral confirmation of this woman.  Read these links and simply let the facts do it for you:

Blessed be the fruit

But what I will do is encourage you all to remember that though dreams and nightmares are personal works of fiction, they spring from the reality of your mind.

Now more than ever in the next five weeks heading up to this election it’s important that each and every one of us trust in our minds, in our own ways of thinking, and especially in our own instincts on impending danger, and take any actions available to save ourselves, our compatriots and, most of all, even our fellow citizens/enemies from the worst of themselves.

Or shall I say, all of ourselves???

Alice Cooper – “Welcome to My Nightmare”

Not much.  Especially since at least 12 different people have assured me in the last 24 hours that the world as I know it will soon end.

As if it already hasn’t.

Anyway, this is one of many reasons why I decided to tune in to the mostly virtual 72nd Primetime Emmy Awards Sunday night.

What could be better than escaping into a sea of pop culture calamity?

My hope was for a night of diversion and bitchy commented asides that would allow for the venting of so many things that, okay, I haven’t exactly been holding down.

At all.  And not towards anyone.

If you’ve been reading here lately, or ever, you know.

And we still love you completely

Still, my husband and I are suckers for free Hollywood crack so gathering ourselves and our guacamole and chips around the TV at 5:00 PST to not exactly hate watch, more like love-hate divert, seemed like the best idea in at least five minutes.

Plus – we don’t have to social distance, wear a mask or even think about that sh-t – I mean, patriotic duty and kindness towards our fellow citizens – which we do happily since it’s no big deal and, truly, why would anyone in their right mind be complaining about it at this point?

Like your past, who you are and what you are thinking follows you around like the plague and can rear it’s ugly head at any inopportune moment.  Which is why it’s best to show that unsavory, albeit snidely fun side of you only around people who get you’re not the total a-hole you seem to be, people like your significant other, best friend or even pooch…..during a Hollywood awards show…when you can talk back or even catcall to the screen at people in fancy clothes and over-privilege who can take it. 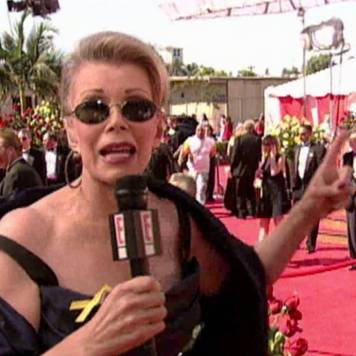 WWJRD (What would Joan Rivers Do?)

This, of course, was not to be on Sunday night.

This, in fact, was the opposite of what we hoped.  Overly polite people trying their best to gingerly entertain in a responsible way while consistently making the point that there was nothing really important going on this evening on this show except, well, group human hugs in a particularly difficult time of what could be our soon-ending civilization.

But, I mean, what did we think?  That host Jimmy Kimmel wouldn’t wear rubber gloves to hand the winner’s envelope to in studio presenter Jennifer Aniston?

Or that we wouldn’t soon see that despite the early canned laughs and celebrity shots the massive Microsoft Theatre really had no audience at all and Kimmel was  really speaking to a sea of appropriately empty seats?

Or that instead of buying seats and ads and throwing lavish after parties the studios and TV Academy would pool their money and combined raise $2.8 million during the broadcast to feed hungry kids? (Note: nokidhungry.org).

Or that many of the award categories, nominees and winners would be read by COVID-19 first responders like nurses, doctors, farmers and truck drivers?

The people putting their lives on the line to keep society going?  People taking time out of their day to appear on a silly awards show to amuse the likes of me?

These were people I bet were even expecting half of us watching at home would make fun of their hair, how they spoke or at least whom they were wearing.  That’s how cool they were.

Alas, we couldn’t do any of those things.  Nor, I suspect, could much of anyone else.

This but there’s nothing else on

Because despite how much we might very, very, VERY much want it, there is no true escape from the reality of these days.

I mean, if an award show can’t even deliver that, we truly have no choice but to face facts and become the actual heroes and heroines on our favorite TV shows in real life.

So yeah, it’s great that Schitt’s Creek set a new record for a TV comedy and swept in every major category – series, directing, writing, actor, actress, supporting actor, supporting actress.  And that an out and proud gay guy, showrunner Dan Levy, took home four awards in one night. 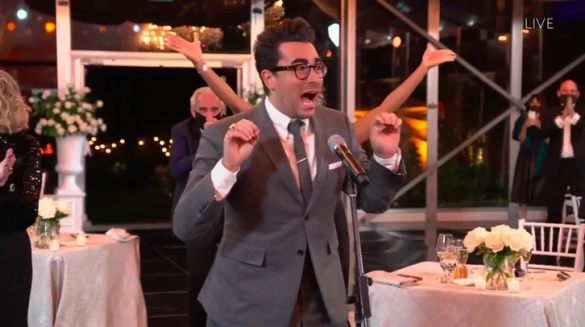 For this scene alone, Jeremy Strong earned it

Not to mention it’s great Watchmen was awarded best limited series, writing, actress and supporting actor for its original genre bending depiction of the destruction of Black Wall Street and the justice that, in turn, could have wrought.

I mean, is anyone better than Regina??

Kudos to all of them.  And many, many more not mentioned.

But what this year’s Emmys will best be remembered for, if it is at all, was for being the first major televised awards show up that best encapsulated the strangeness of our times.  (Note: Feel free to substitute strange with the angriest, or bitchiest, word of your choice).

As much as it did its job I’m hoping next year the 73rd go-round are A LOT worse, and, in turn, bring out the worst in those of us at home.

Because that will mean all of us, on the whole, are doing a hell of a lot better.