Are you angry yet?

Of course you are. We all are. No matter what side we’re on. It’s those kinds of times.

It’s in moments – or eras – like these that it’s nice to remember what one very wise psychiatrist once told me: If you allow yourself to feel your anger, really feel it, it will eventually turn into something else.

Murderous rage? Well perhaps, maybe. Though the overwhelming majority of us never act on those impulses. More likely, we act out, most often towards our friends, relatives, therapists or – ourselves.

That SOB stopped in the middle of the road is — on their f-n cell phone? F them! (Honk) Oh, of course, it’s a BMW.

Jesus H Christ, can’t YOU ever take the g-d dmned garbage out? Just once?!!!

I hope Trump and every privileged straight white man over 50, 60 or 70 just dies.

I am a gold medalist

Fun as that game is (and God knows it can be endlessly satisfying for hours or months on end) there is still something to be said for actually getting angry about the very thing or person we’re actually ANGRY about and seeing what happens.

This weekend I watched the local PBS telecast (Note: While there still IS a PBS) of the Tony-Award winning Broadway musical Falsettos. 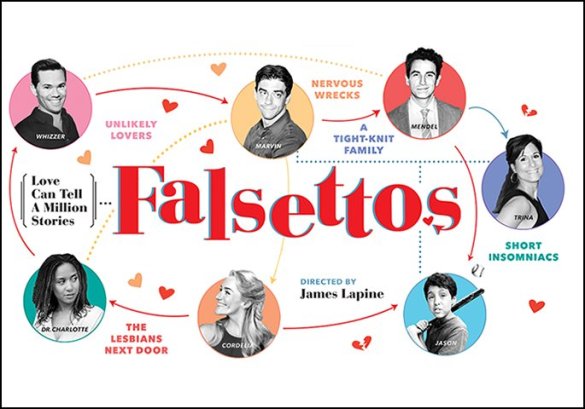 It’s a filmed version of the 2016 revival of a small musical originally based on the life of a gay man married to a WOMAN first conceived by composer/lyricist William Finn in the late seventies in a little known piece called In Trousers – which eventually spawned several more musicals (March of the Falsettos and Falsettoland) containing those same and other characters in many other new off-Broadway and touring shows.

That is until all of these characters and stories (both gay, straight and now even pre-pubescent) met the tragedy of AIDS in the eighties and eventually morphed into Falsettos – an amalgamation of all of the above that emerged as an unlikely treatise about the times by depicting one of the first even–handed, real life portrayals of gay and straight people living as a sort of new and extended American family. 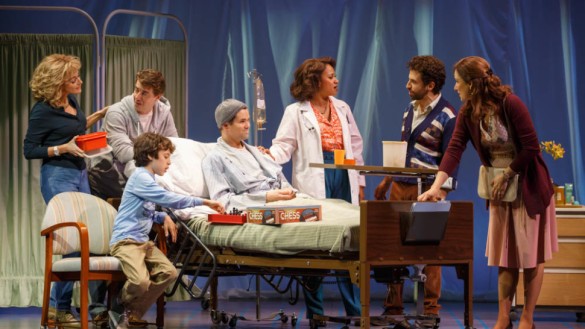 It sounds almost quaint and most certainly inadequate to recall Mr. Finn’s masterwork in such a fashion because of the amount of anger, rage and artistic boldness it took at the time in order to create these cheery, theatrical, operetta-like ditties that initially hung together as nothing more than cleverly sung, anecdotal accounts of contemporary urban life.

From where I was sitting in several big cities in the late 70s, 80s and early 90s at the time, there was little cheery or accepting in mainstream musicals, film or television where gay and straight people in families were concerned and certainly no reason to think there’d ever be. But that didn’t stop Mr. Finn and the many unknown thousands of others we don’t even know about at the time from taking their frustration and yes, often painful rage over the situation back then and turning it into something meaningful, smart and, most surprisingly, joyous by merely using their talents to tell the truth.

Probably more productive than what I normally do

Little did they know the times would grow darker and the chasm between the gay and straight communities would greatly worsen before it got better at the hands of a pandemic that finally forced mainstream America to begin to confront the truths that it had long locked away in the closet.

If the times were handing them angry, tragic endings, at least they could give us a human context from which to feel, understand and hopefully learn and evolve from it – if even a little bit. For who better to depict it for us than the very storytellers who had led (and lived) with these truths to begin with?

All this is to say – the angrier we all get about our current realities – of TRUMP; of SEXUAL ABUSE; of RACISM; of ECONOMIC INJUSTICE – pick a card, any card – the more we have an obligation to tell OUR truths about it. 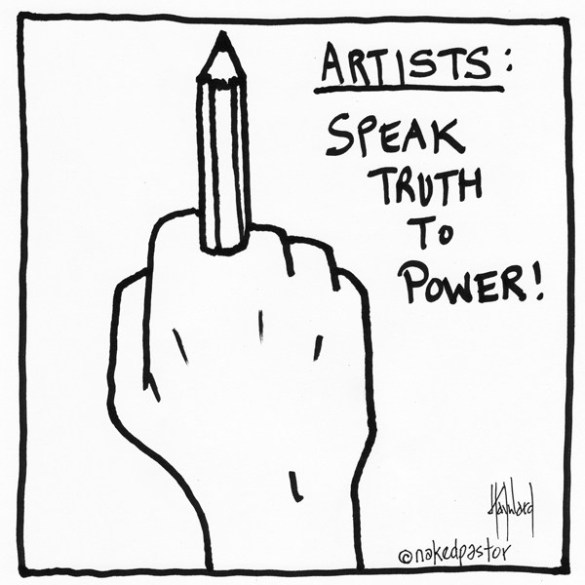 For some of us that means marching in the streets literally and for others of us it means marching to our computers; or Congress people; or neighbors; or colleagues; or friends and family; or even strangers and screaming and/or sharing about what we believe is right – and fair and just – and what is not.

Or simply creating with our talents or speaking out with words and actions our VERSIONS of a just world.

Presenting our side of the story. Fighting for it.

Initially it will feel like a big who cares and it may indeed get worse before it gets better.

But like that very smart shrink said to me – anger is not stagnant once the cat is let out of the bag. It WON’T stay the same. It WILL morph into something else – not necessarily artistic or even beautifully redemptive – though that can happen. (Note: See Falsettos. Literally).

Instead it can merely be a CATALYST for change – though perhaps only in ONE person’s mind or earshot. But that in turn can move into SOMETHING ELSE. And then AGAIN. Until you have, if not a movement – at least some momentum AWAY from mere – ANGER.

I don’t know about you but for me that’s the beginning of an antidote towards something. And better than where I was yesterday. Which was only angry.

Trust me. I once saw it all happen from a front row seat. And history, if nothing else, consistently repeats itself. 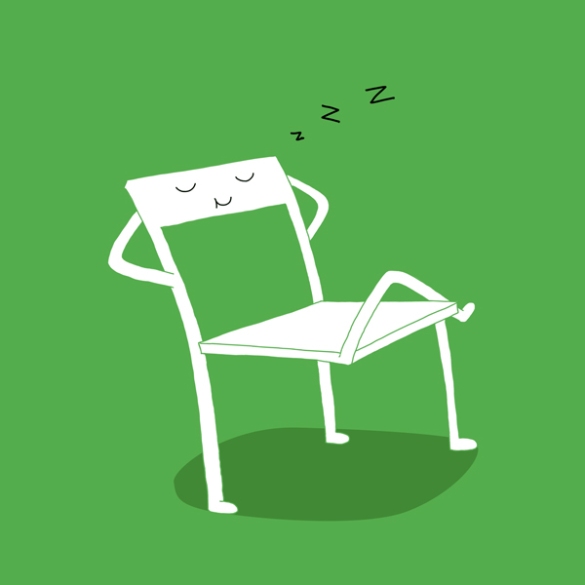 Do you ever just need to rest? Pull the covers over your head and hibernate? Put your feet up on the sofa and settle in for a long day’s binge? (Netflix that is, but chocolate works too). Ever need to check out, even if just for a few hours, from the daily deluge of crap that inundates us everyday? Or just close the blinds and pretend it’s still nighttime and the sun is taking an extra siesta with you?

My bones are aching today and my mind is mush. Let’s all just embrace the exhaustion and give it a rest for a week.

But don’t worry — I’ll be back… and well-rested.