It is a dark, dystopian world out there where pretty much NO ONE tells you the truth.

Of course, I already knew that but I’m almost three times their age.   I mean, when I got out of school in the seventies I knew the world could be a crappy place but what I was equally sure about was that there was also hope.

At least there was hope for better fashion #whoamIkidding #imkillingit

This was because I was as sure as shit that my friends and I were going to be able to change things.  At least a little.  I knew this as sure I knew I was going to live alone and lonely in a huge Malibu beach house, clutching my Oscar as I fell asleep.  That is if I didn’t die in my twenties of some horrible disease, a fact I was 100% convinced was a 50-50 possibility.

Well, of course I was wrong.  Here I am almost more than middle-aged in a relationship of 32 years with nary an Oscar in sight, living way, way across town in a house in the Hollywood Hills.

Like many dreams, mine were fairly off but not totally unrealized.  Personal life aside, I did make it to L.A. and the movie business and worked in several categories where one could conceivably get nominated for an Oscar.

This, of course, is the point.  It’s not that my many wonderful students don’t have dreams.  It’s that judging from the past few weeks the majority of them don’t believe their best fantasies can take hold and flourish.

And, I mean, who can blame them?  Sometimes I turn on the news and can’t believe what I’m hearing and seeing.  When I read the newspaper it’s even worse.  And I came of age in the Nixon-Watergate era and spent the last years of my pre-teens watching Robert F. Kennedy get shot live on TV.  And this was several months after that same station almost got to cover the assassination of Dr. Martin Luther King, Jr. live instead of merely its bloody aftermath.

Those extreme acts, combined with a seemingly endless war in Vietnam and the Ohio National Guard murdering four innocent students who happened to be walking by anti-war protestors at Kent State University, made it seem like there was nothing the elders of the American status quo wouldn’t do to hold onto their power.

The general message to the young was:

We will literally kill you in a war or at school if you get too uppity and, if you don’t believe us, just give it a try.  You could easily find yourself in jail, overseas with a gun or in a morgue for doing nothing more than disagreeing with us if you’re not careful.

Then or now? Does it matter? #Amen

We didn’t realize it at the time but in truth the country did have a modicum of sanity left.  As young people we innately understood we lived in an environment where freedom of speech was the norm, our federal elected representatives had just put the de-segregation of society into law and journalists were almost universally lauded by most, if not all, as the sacred last bastion of truth-tellers.

It was a world that had suddenly and almost completely gone totally off the rails but somehow we knew it was salvageable.  We had gone to the moon, you could still burn the American flag in the street and not get arrested and, if all else failed, the pleasures of sex, drugs and rock ‘n roll would get you through until you entered what could only be described as the blissful golden Age of Aquarius. 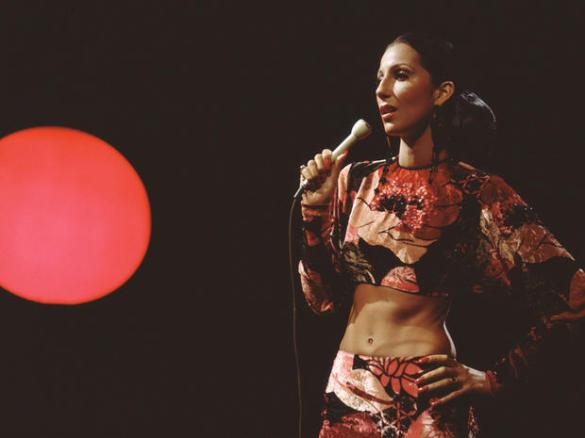 Plus.. we had Cher

I so want that for the young people that I teach who are going out into the world today and it angers me each day that they have come of age into an alternate reality of stupidity, division and denial.

No one middle-aged can imagine what it’s like to grow up in a time where you could easily and routinely be shot up in your school.  In the sixties and seventies we had fire drills, not re-enactments of how to act or where to hide when a random gunman might happen to enter the building and aim a military style assault rifle to your head or the head of your friend, or younger brother or sister.

This is their reality. #sadtruths

As much as most of my contemporaries might have loathed Richard Nixon, Lyndon Johnson and later, Ronald Reagan, none of us grew up hearing the president of the United States making allowances for white supremacists.  Or calling the American press the enemy of the people and degrading the indisputable facts they report as fake news.

Or, more importantly, respond this way when asked in front of the White House if the U.S. is about to go to war in the Middle East:

ARE YOU FREAKIN KIDDING ME?!?!

Say what you will about any of those men (Note: And I’ve said plenty) when they spoke it was with a definitive thought, not with the vague possibility that at any moment something absolutely horrible can and probably will happen so we’d gosh darn better be on guard for….well, anything.  And by anything he truly means ANYTHING.  Just ask him, as the press often does, if you don’t believe it.

Dystopian?  Dark?  Sadly, I fear these young people have it exactly right and I couldn’t be more pissed off about it.   We all should be.

The Who – “My Generation”

At the end of the iconic film of American electoral politics – The Candidate – blonde, handsome and iconically American Robert Redford sits blankly confused after winning his unlikely maiden bid to the U.S. Senate and famously asks the smarmily savvy political consultant who got him there:

What do we do now?

Almost half a century later, it’s still an apt question.

Two more comparatively young Black men were shot and killed by police this week in what can best and most generously be described as grievous mistakes in the line of duty and at worst would be called racist executions by white guys in law enforcement uniforms.

Still, we should all think long and hard after we listen and speak to as many people as possible on questions such as the above one. Because before those two deaths had even sunk in, a cock-eyed retaliation took place from an angry, unbalanced decision-maker that had worldwide reverberations. This would be the murderous rampage via an assault-like rifle and handgun from a single shooter into a crowd of Dallas police officers and demonstrators that managed to murder five white cops as well as injure seven other people.

Oh yes. The execution of the police was done by a 25 year-old African-American veteran of our seldom-mentioned U.S. war in Afghanistan in retaliation for the aforementioned shooting of the two Black men at the hands of the police. Though what the shooter didn’t know is one of the men in blue that he killed was a young American war veteran himself.

The Candidate was released in 1972 but reflects what seemed like the ripping apart of the social fabric of America at the time. Race riots nationally in 1967, the Chicago police beating the crap out of demonstrators at the Democratic presidential convention in 1968 and the murder of four at Kent State University in 1970 when members of the National Guard decided to shoot into a crowd of students protesting the Vietnam War with a couple of rocks and beer cans. Though in fact, two of the dead were simply walking by on the way to class.

Pres. Obama said in a speech this week in Poland that what is going on now is different from the civil unrest in 1960s America and that today we are a country more unified.    This is why he is a leader and the president of the U.S. That’s what great leaders attempt to do – unify.

Me, I’m not so sure. I tend to think of it more like the writer and journalist James C. Moore (“Bush’s Brain”) observed several days ago. He opined that the angry rhetoric of the far right has released an ugliness into the country that began to bubble to the surface once the majority of us elected our first African American president almost eight years ago. And that this ugliness has morphed into a righteous anger on the part of many whites who are now rallying behind a Republican nominee who periodically releases coded racial dog whistles that flame their anger and more than imply a good old-fashioned American retaliation (nee violence?) to protestors or those deviating from their “values” is more than acceptable.

It is interesting to note that part of what angered young Americans in the late sixties and early seventies was not only the Vietnam War but the election of Richard Nixon, who famously campaigned as the law and order candidate who represented the silent majority. It might not be as currently catchy as Make America Great Again or Take Back America but it served its purpose. He did win. Twice. Though never mind he was forced to resign midway through his second term in order to avoid what was a likely impeachment due to the dirty tricks with which he willingly engaged in order to be re-elected to the White House. #Watergate (Note: Look it up).

… or watch any of these movies

Of course, if you’ve watched any news report in the last several months where either of the nominees speaks or is spoken about it is impossible to not hear accusations of dirty tricks, double-dealings, sketchy email servers, shady real estate dealings or crooked something or others – from both sides.

Still, in 1968 it was at the Democratic convention in Chicago that the Democratic mayor Richard Daley unleashed his police force to rough up protestors that he believed were behaving in an “un-American way.” This time it is only when we watch the Republican nominee speak and a protestor is present do we invariably hear said nominee bellowing from the podium – “Get’em Out! Get ’Em Out” – usually amid roars of approval from his apoplectically cheering crowd as the would-be insurgent is dragged, often literally, out of the arena and away not only from earshot but from his sight line.

Sure, history might repeat itself but certainly never in exactly the same way and usually not by the same crowd in question. Nevertheless, there’s a tediousness to it all, isn’t there? You’d think we adults would have learned something by now.

Tediousness is, of course, a highly inappropriate term to use when the deaths of loved ones and social injustice are involved. But when you watch Pres. Obama – arguably one of the most even-handed statesmen the country has ever wrought –once again stand at a podium and try to speak about race relations, gun violence and what does indeed make America great amid all the carnage, you can still see the weariness in his eyes.

It’s like a tired, spent parent having to correct his disobedient child for the 1700th time. You know he simply wants to shake the kid and say, “don’t you get it, yet?? What the “f” is wrong with you??” But instead, like all good parents, or teachers for that matter, he bears down and tries to phrase the lesson in yet another way so the youngster might, just might, understand.

and when in doubt…

This is in sharp contrast to what anyone else is doing at the moment.   So even though I might sometimes disagree with his tactics or phrasings, in the end I have to admit that I almost always agree with the message Pres. Obama is trying, against the greatest of odds, to get across.  Perhaps, this is because he is equal parts Black and White. Though I’m sure some would say that’s far too easy of an answer.