One of the best screenplays I ever wrote came extremely close to getting made into a film 15 years ago. It had been cast with two Academy Award nominated actors and was “supposedly” financed. Until it wasn’t. And then the whole thing fell apart.

However, when we were casting and having difficulty finding a bankable “name” who was up to the demands of handling the lead female role I distinctly remember one producer saying to me, “too bad you couldn’t have an all-black cast – you’d have your pick of the best actors in the business.”

I was sort of stunned at the stark admission of a fact that, when I thought about it, felt racist and yet I knew to be true. The pool of “bankable” actors, especially among women, was mostly limited to white people.

This is not to say it is easy to get any film made in 2015, especially the romantic drama kind we were pedaling. On the other hand, these days it has less to do with race and everything to do with the fact that your project has either too much dialogue that doesn’t translate overseas; contains no special effects or chance of a sequel; and has no tent pole potential – or even aliens.

My, times have changed.

This week Deadline Hollywood ran a news story about the upswing in the number of ethnic actors (Note: A euphemism for non-white) being cast in the current TV pilot season. The story quoted one talent rep who complained:

…Basically 50% of the roles in a pilot have to be ethnic, and the mandate goes all the way down to guest parts.

To make matters worse, Deadline’s Nellie Andreeva, who wrote the article, led into that quote with the pronouncement that while it is nice to have diversity on TV, some suggest that the pendulum might have swung a bit too far in the opposite direction. 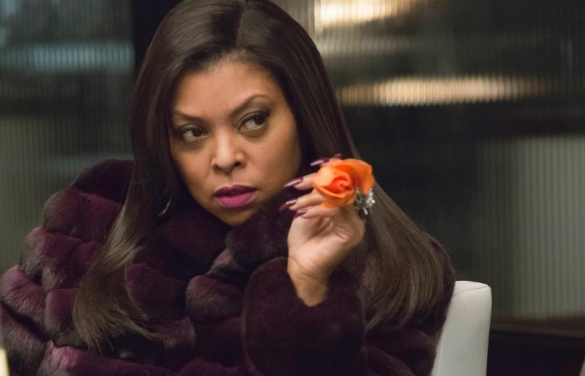 I was not so much outraged, as some were, but amused and unsurprised. Because I was already hearing the following dialogue in my nasty little writer brain:

I mean, how dare there be such a sea change that allows the majority of available roles for actors to go to non-whites, especially when the only people on my client list are WHITE! It’s not fair! We have to nip this in the bud. And fast!

In some ways it felt like a scene out of the Mad Men pilot when WASP advertising agency partner Roger Sterling had to scour his office high and low for a Jew in order to land an important Jew account. (Note: He eventually did find one named David Coen – in the mailroom).

It was before my time

Now television is not the movies but there is no denying that the recent popularity of such fine series as How To Get Away With Murder, Empire, Black-ish and Jane the Virgin has caused some degree of white panic in the mostly white offices around town. Forget that many of these people are, like myself, liberal Democrats who don’t consider themselves at all to be racist.

What if this is a trend – and one that doesn’t limit itself to actors? What if…I mean, could it possibly spread to our writer and director clients, and then down to the below-the-line crew clients, and then up to… perish the thought… the executive suite? I mean, are they coming for OUR jobs???

I couldn’t help but wonder if this line of thinking isn’t much different from what happened in Indiana this week with the “religious freedom” bill signed into law by its governor, Mike Pence. That new law would allow any business owner in the state to not serve, sell or hire any person if it would impose a substantial burden on their religious beliefs. The law was proposed as a result of federal courts overturning Indiana’s ban on same-sex marriage last year and is generally seen as a way to discriminate against the LGBT community.

I mean, those people can do what they want but don’t force me to participate in it. I don’t want them in my restaurant, I ain’t gonna bake them a cake and I am certainly for sure not gonna have anyone force me to hire one. Or two or three! 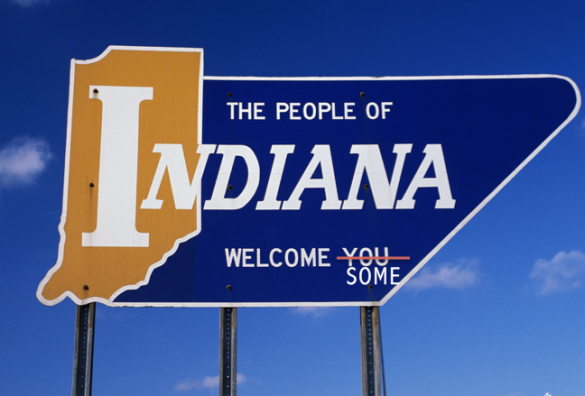 No wonder six-time Tony Award winner Audra McDonald – the Black (or ethnic, if you prefer) actress who at just 44 years of age has more of Broadway’s top honor than any other performer in theatre history – went apoplectic on Twitter in reaction to it. Realizing she was soon scheduled to play several concert dates in Indiana, she tweeted directly to Gov. Pence such statements as:

.@GovPenceIN Some in my band are gay & we have 2 gigs in your state next month. Should we call ahead to make sure the hotel accepts us all?

.@GovPenceIN or could you maybe send us a list of where its okay for us to go? Might the law apply to me?(I'm black).

.@GovPenceIN or maybe I should fire my gay band members just to be on the safe side.

What the ingenious and talented Ms. McDonald eventually decided to do was:

.@GovPenceIN Or MAYBE I donate the money I make in your state while Im there to organizations that will combat your hateful legislation.

In a follow-up statement she announced she will be spreading the wealth and giving the money she earns in Indiana to the Human Rights Campaign Fund, Freedom Indiana and other charities fighting back against the new law.

One does not have to be part of one minority to fully understand the depths of discrimination, marginalization and general hatred the majority can feel for another minority but it certainly does help. As a Jewish gay guy I always felt a little different – even growing up in NY and working in Hollywood – so it was pretty easy for me to see at an early age that when other people were being bullied or treated unfairly because of who or what they happened to be that, well, it could easily be me. In short, it made me apoplectic and I had far less power (and still do) than Audra McDonald. 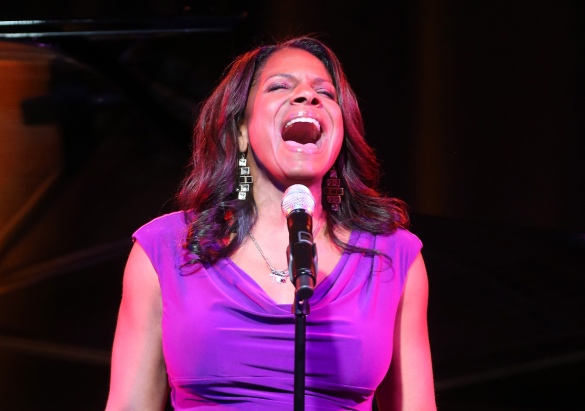 Luckily, as I grew older and the world began to change I was able to become less angry and strident interacting with the world on that score and far more effective (in a limited power sort of way) in standing up and being adamant.   Yet I am also far more adept at sniffing out the inequality and prejudice which is now continually coming to my attention daily and often from thousands of miles away on the other side of the world. I guess it is a double-edged sword.

Of course, all of these experiences can also cause a person of my tribe(s) to completely go the other way. For instance, when I was growing up there was a great deal of anger and resentment among middle-class Jews towards the Black community (Note: Why, I never quite figured out), making the thought of something like inter-marriage one of the worst shondas (Note: The Yiddish word for disgrace) in the world. What they would have thought about a man marrying a man or a woman marrying a woman? I can’t even…. And let’s not even get into the transgender community. If for nothing else than for their sake. 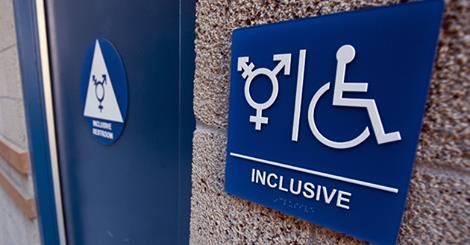 The bottom line is this:

If a few white actors, or even writers, directors or studio executives, have a few less opportunities because we are moving towards a more balanced racial representation on television – and perhaps the movies – TOO FREAKIN’ BAD.

And if a bunch of religious people have their sensibilities offended because they have to sell a cake to a same-sex couple – who for all they know might be buying it for their parents and not for their big fat gay wedding – BOO FREAKIN’ HOO.

You’ll ALL get over it.

Just make sure to move your cans over before you get trampled by history.