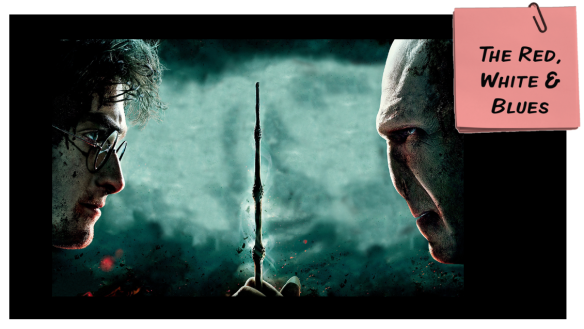 When Joe Biden officially accepted the Democratic Party’s nomination for president this week in a forceful and, frankly, awe inspiring speech, he opened his remarks with a quote from the late African American civil rights activist Ella Baker:

Give people light… and they will find the way.

I’m not much of a light vs. darkness guy because I tend to see the world in infinite shades of over analytical grays.  This accounts for my lifelong disinterest in comic books and all things superhero and sword and sorcer-ish from the time I was a pre-pubescent up through the present day.

Sometimes I wonder if I ever would have made it out of young adolescence with all my limbs intact if I had grown up in the age of Harry Potter.  (Note: I’m the kid in the corner with his arms folded wondering why we can’t instead talk about Sutton Foster in Thoroughly Modern Millie).

Also me in the corner

Though I imagine I might have figured out a way to find value in Harry’s lessons.  I’ve pretty much had to do this as a writing mentor for any number of students inspired not only by the worlds of Potter, but by the actions in Marvel, DC, Spielberg and Lucas.

I try to temper my enthusiasm

Of course, the lesson in this is to not be so quick to dismiss out of hand something that is not your thing.  If you do it that fast it is likely the universe will actually put you in a place where you will absolutely be forced to keep dealing with Dumbledore or the inevitable Avengers 5, 6, or 7 until you can stop dismissing it from way up on the very high perch from which you sit and choose to judge.

Such was my experience listening to Mr. Biden – oh heck, let’s just call him Joe cause that’s what he likes anyway and that’s what fits these days when you’re speaking with or writing about him. 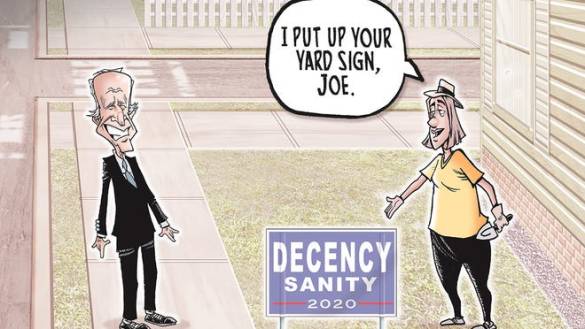 And Joe it is

As Joe talked of being the harbinger of light in these dark Trumpian times I had a knee jerk, split second intellectual reaction of imperious resistance.

He can’t possibly be putting it this simply in these horribly awful and complicated times, could he?  I mean, this isn’t Star Wars or a Marvel movie or even one of my students’ basic notions for an as-of-yet unwritten studio blockbuster.  This is real life.  And real life these days is….

EXACTLY about darkness and light.

Much to my surprise. 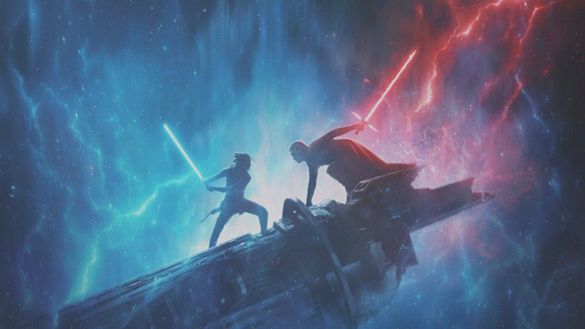 It helps that it’s color coded

This is because in that instant I finally got why many young people of all ages crave superheroes and sorcery.  When things go so bad all around you it helps to have a powerful figure of stature on a stage that big drawing the curtain back, looking you in the eye and assuring you that the power of the light inside you is enough to fight the darkness attacking you IF you deign to believe in it.

In fact, in this case it is especially powerful because, unlike most superheroes, you don’t have to fight the fight alone.  You have a whole force of ordinary people very much like you and if you simply pool your forces together you can together shine bright enough to…

Well, I was gonna say light up the lights of Broadway, which explains so much of why I never gravitated towards superheroes to begin with.  But instead, let’s go with vanquish the darkest of enemies, and call it a day.

Because by now you know what both I (and Joe) mean by the metaphor.

There are some moments in time where simplicity rules no matter how complicated you think it all is and I want to get. 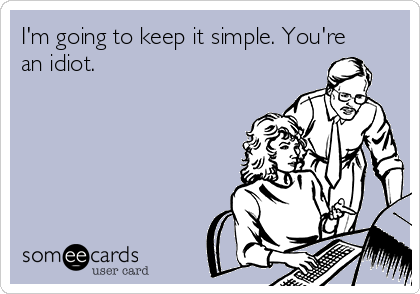 We’re living through incredible darkness at the moment, as Joe’s 25-minute speech pointed out.

And yet this just in from the President’s counselor and all-around right hand gal Kellyanne Conway when asked about plans for this week’s Republican convention:

You are going to see and hear from many Americans whose lives have been monumentally impacted by this administration’s policies.  We definitely want to improve on the dour and sour mood of the D.N.C. 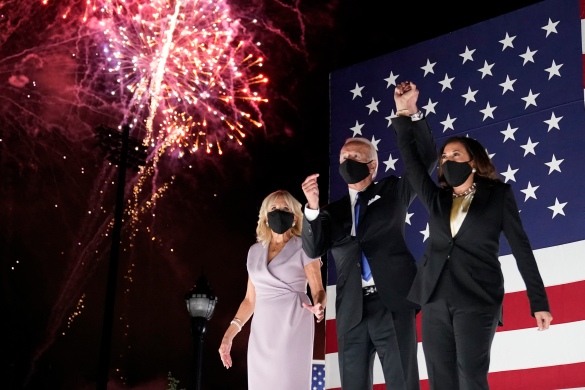 Ah yes, behold all the doom and gloom.

But, um, how will that strategy improve on the dour and sour mood of the D.N.C.?  I mean, if we actually have real Americans speak?

Well, there might be a casting call going on right now since its just been announced that two producers from Trump’s The Apprentice have been signed to help guide the festivities and wrangle talent.But here’s what we do know at the moment.  The Missouri couple that a few months ago toted assault weapons at Black Lives Matter demonstrators, Mark and Patricia McCloskey, are scheduled to appear.  As is Nicholas Sandmann, that smirky Kentucky teenager who got up in the face of Native American elder Nathan Phillips at the Lincoln Memorial last year and tried to stare him down with a Cheshire cat smile that only the Church Lady could love.

Talk about darkness vs. the light.  Or shall we say, the Light vs. the Dark. 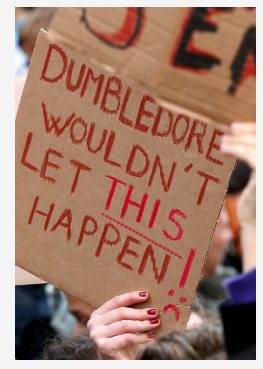 Well luckily, I don’t have to because Joe did it for us in his way.  All  we have to do now is follow his lead and make the right – I mean left – choice.

Though admittedly I have a ways go with that.  On Monday, the night before the convention began and three days before Joe spoke, an elderly masked woman and I were riding up the elevator alone to the same floor in a medical building on our way to different doctor appointments (Note:  Don’t worry, I was only getting an allergy shot).

In any event, during the ride she suddenly turned to me and  said:

Excuse me sir, I’ve taken it upon myself to be the town crier, in this upcoming election you must vote for Trump. 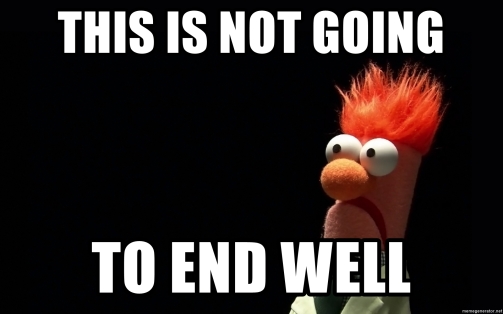 To say the least…

To which I proceeded to say things to her I have never heard myself  say out loud to anyone and couldn’t print or put on TV.  This was after excoriating her on her feelings about Black and Brown people and telling her to turn off Fox News and educate herself.

Though before she accused Joe of being senile and having Alzheimer’s.  To which I shouted back at her down the hall (Note: We were no longer in the elevator):

Well, you should know about that!  And good luck with your message in Los Angeles….HONEY!!!

This is all another way of saying the light has probably come for me and us just in the knick of time.