Here’s an interesting factoid in the midst of a global pandemic and what seems to be the second American Civil War.

Relax, it’s not political and has nothing to do with COVID-19.

A change for Chairy?

To give you an idea of how much that is, the previous record holder received a mere 4.3 million likes and 1.7 million retweets.

And it was this Nelson Mandela quote from former Pres. Barack Obama:

"No one is born hating another person because of the color of his skin or his background or his religion…" pic.twitter.com/InZ58zkoAm

That was back on Aug., 12, 2017 right after white supremacist neo-Nazis marched in the streets of Charlottesville, VA as one of their compatriots drove a car into a group of people peacefully protesting against them, killing an innocent young woman and injuring many more.

The nation was reeling from the sheer horror and gall of it, even more so when three days later our current POTUS famously weighed in, telling a spray of reporters, and in turn in the world, there were very fine people on both sides.

Seems like the right time to dig up this evergreen meme

Which just goes to show that a single tweet can only do so much, even with the imprimatur of Obama AND Mandela.

Still, limited and cesspool-y as Twitter can be, it is a temperature measure of something in the country and the world at any given point in time.  Much like an overtly popular song or movie or TV show, it is a touchstone to what society was feeling or thinking or needing (Note: Or NOT feeling or needing or even thinking) in that moment, particularly when it receives such an overwhelming response.

In that sense, it tells us perhaps more than we want to know or care to remember about who we were and perhaps still are.

Yes this is still not political, despite what you might think I’m implying about our current Tweeter-in-Chief.

See if you don’t agree as we shine a light on our new, record-holding tweet, which I suspect will own that mantle for quite some time to come.

It went out early Friday night and was the last one from the account of the late actor and activist Chadwick Boseman.

There are many ways to look at this tweet, the most important being a much loved artist lost his life far too early and far too cruelly, and the sheer pain of it for both him, his family and his many loved ones, which clearly includes many millions of fans from all over the world.

Still, many famous people die far too young from hideous diseases and other hurtful circumstances.  Beautiful as life can be, we all eventually learn tragedy can be right around the corner, and often when we least expect it.

But here, at the end of August 2020 there was something about Mr. Boseman’s death that was an instant kick in the teeth to the world, particularly in the United States.

In the midst of a global pandemic and the powerful, exponentially growing international Black Lives matter movement, how can it be that the man we best know as King T’Challa, the immortal and all powerful leader of the most advanced society in the Universe (Note: Who also happens to be Black), in one of the highest grossing and most popular films of all time, Black Panther, be….gone?????

What is the universe trying to tell us about OUR hopes and dreams, anyway?

Tempting as it might be to go down that deep dark hole to hell (Note: Certainly I have more than once, twice, okay a dozen times in the last two weeks), it’s hard to not recognize that the very phrasing of this tweet from those who were the closest to Chadwick Boseman delivers the real message in the announcement and holds the true key as to its “popularity.” 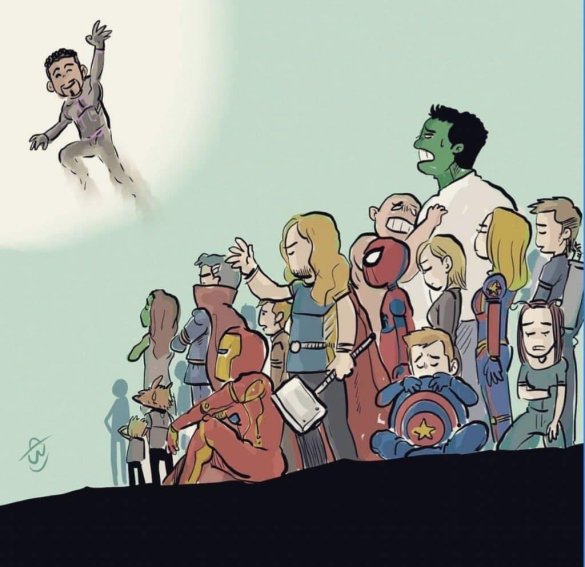 In a world where death and hopelessness is now literally just around the corner for so many of us if we don’t play our cards right, here is an activist who happened to be an actor leaving us a true road map in how to continue on with the fight.

There is nothing easy about stage III and stage IV cancer.  It eats through your insides and spits them right out.  And sometimes the treatments do a lot worse.

And yet somehow this young actor found the wherewithal to keep starring in major movies (Note:  Also no easy feat and occasionally, if you don’t play your cards right, nearly as poisonous) on and off all…through it?

You can’t help but wonder, was it so much the power he learned from bringing life to such iconic heroes as Supreme Court Justice Thurgood Marshall, music icon James Brown, and major league baseball trailblazer Jackie Robinson, or the power he managed to tap inside of himself that brought them to life for us?

He could do it all

And if he could tap all of that power in the darkest of times, what does that say about what is possible for any of us in our current, seemingly darkest hours, if we could even do, say, a fraction of that?

Sure, perhaps this is carrying the metaphor a bit far.  After all, I didn’t have the pleasure of meeting Mr. Boseman.  To me he was just a really fine actor with triple threat star power – quiet strength, simple honesty and, well, sexy as hell.

Not to mention he got me to see a superhero film not one, not twice but THREE times!

Me emerging from Avengers: Endgame

The sad yet powerful announcement of Mr. Boseman’s death ironically tore such a gigantic hole in our collective consciences at this particularly awful moment in American history for the way in which it managed to both celebrate his life and lay our humanity bare. 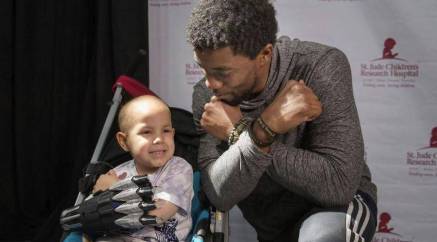 You will be missed #wakandaforever

It made many of us think there could be a universal kind of heroism residing in each and every one of us if circumstances force us to tap into it.

And just in the nick of time, too.

Chadwick Boseman as James Brown, in Get on Up  (“Welcome to America” scene)