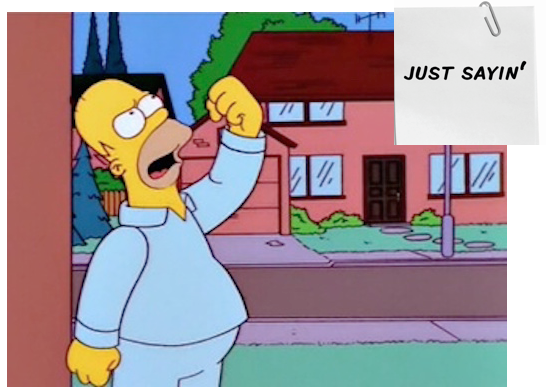 It was one of those weeks. Suffice it to say – don’t ask.   But if I had said everything that I thought, desperately wanted to say or almost said – I, well…

But then I thought – what’s the point of a blog, anyway? To write everything your best self would never say — to your readers.   Perhaps you’ve had one or two of these same thoughts yourself. Or maybe one or two will inspire you to share some of your own with others? Just think how much better – or worse – the world would then be. And relish it.

To the cop waiting in his patrol car on the top of a hill in front of a shuttered park:

You don’t give a crap about safety. I could see it in your eyes as you barreled down towards me. No, you wanted to give me a ticket because you either had a quota to fill or you’re p.o.’d because you’re short – even shorter than me (5’7”) and it gives you a perverse unspoken pleasure. You hate your job AND you hate your life.

And for the record, I NEVER speak in the car actually HOLDING my cell phone. It’s always on speaker or Bluetooth. But my 87-year-old father is ailing and it looked like the number of one of his health care workers so when the remote failed and I couldn’t find the speaker button I just HAD to pick it up. I tried to explain this to give not an excuse but a context and didn’t expect a break from you. But what I got was a condescending nod and a walk-away. You’re a dick. And you’ll always be smaller than I am – in every area – no matter what arena we’re in. #Copette

To the brilliant Anthony Hopkins:

Transformers 6? Really???? I remember those days when you were doing Equus on Broadway. And this was decades before you won the Oscar for Silence of the Lambs. And well before you did Remains of the Day. Not to mention Nixon, Howard’s End and even Mask of Zorro. It’s brilliant you cashed in reprising Hannibal Leccter in Hannibal and Red Dragon. Mission Impossible 2 – we get it. Even the Thor movies sort of make sense following noble duds like Alexander, Titus and Noah.

No Tony, I couldn’t turn down$5 million, $10 million, $15 million or whatever you’re getting. But can’t you simply be Iron Man’s grandfather? Or at least a Spiderman super villain? Did you have to go to #BayLand? Fine – alimony, child support or you might lose the house in Malibu. But if you’re simply doing this for some new kitchens, swimming pools or generational visibility, I’m done. Do not #MichaelCaine1980sMe.

I still disagree with practically everything you stand for and find every other word out of your mouth dripping with condescension – especially when it comes to pushy gay Jews like myself. But I will give you major props for being the only high profile Republican politician to publicly and vocally still refuse to endorse Donald Trump. Who would have guessed you’d out maverick McCain or out boy scout Paul Ryan.   Still, there’s an extremely low bar out there from which to excel. #Bully4Mittens.

I think I need to get my eyes checked #saywhaaa

You’re great but how many more American Express commercials are there? Two? Ten? And why? Why, why, why, why, why??? (Note: See Anthony Hopkins). One can’t help but think it’s the agents. Except, it can’t be. Not really. You’re too young to be Bill Murray’s character in Lost in Translation. And besides, those spots only aired in Japan. #YoureNotAlecBaldwin. 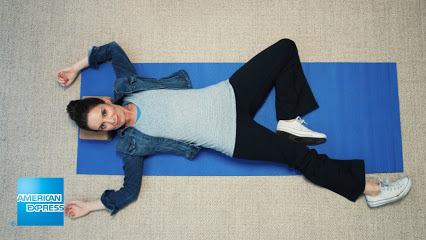 Paying for her daughters’ college tuitions? or funding the Mean Girls musical?

To haters of L.A., NYC and San Francisco:

It’s ridiculously expensive to live here because too many people want to live here. This is not our fault. It is everyone’s fault. Yes, the air is cleaner in Cheyenne, WY and Bismarck, N.D. And houses are a lot cheaper in Waco, TX.

So? No one is twisting your arm NOT to relocate there (as much as Chip and Joanna Gaines may try). Or to move here. That being the case – please, can the eye rolls stop towards us when you’re talking in public about American values or in private about where you find the real people who make up this country? And we’ll stop dishing about how dumb you are. Or, well, at least I will. #Maybe.

To visitors in my home:

Yes, we have a movie poster with a picture of Judy Garland on it and another vintage one being framed from the movie All About Eve. This doesn’t only mean my husband and I are gay.

It also shows that we have good taste in entertainment and like the color combination of red and cream and how it mixes with the blues and yellows in the rest of the house. (Note: Fine, #Gay). Not to mention, the Citizen Kane poster is too expensive, the Ordinary People poster is too depressing and nowadays Woody Allen gets people too upset. Plus, we can’t afford a Jackson Pollock and will likely never be able to. Still, we do cop to a lack of sports memorabilia, Star Wars toys, and gym class experience. In fact, I, for one, served as attendance monitor my entire senior year of high school P.E. class and never had to change into shorts or break a sweat once in 10 months. #CrazylikeaQueen.

Rachel Maddow is my oracle and too often there is a false equivalency made between you and Fox News. Still, your non-stop pursuit of all things Trump is making it impossible to defend you to others. 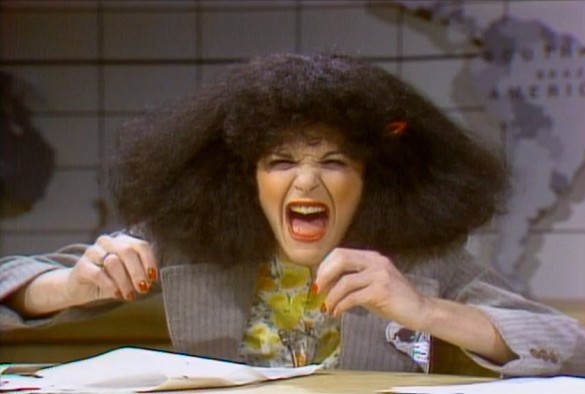 In the spirit of Roseanne Roseannadanna.. what are you tryin’ to do, make me sick??

Know that it’s one thing to report the news in all of its bizarreness and quite another to broadcast an endless loop of the same incoherent blathering over and over and over again for hours with only a few added sound bytes every few minutes from each one of your paid commentators. Take some of the money you saved by unwisely firing Alex Wagner and hire someone with the guts to do something ingenious – like ambush a real politician against their will and ask them a question no one else has. Then film it. And air it. #SaveHowardBeale.

Good speech. Your Trump hit lines most likely to persuade fence sitters to your side:

– Imagine him deciding whether to send your spouses or children into battle.

– Imagine if he had not just his Twitter account at his disposal when he’s angry, but America’s entire arsenal.

– I will leave it to the psychiatrists to explain his affection for tyrants.

Now make some of the news reports true and choose Elizabeth Warren as your veep.  In a show biz age, she’ll give you the smartest, most solid and sassiest support to take on the Orange Clown.

You’re a mentally ill racist. Go away and get some therapy. Or at least go away. Now be gone, before someone drops a house on you, too.

6 thoughts on “Things You Can’t Say”