How do you comprehend what on the surface feels incomprehensible? Well, the first thing you do is start with the facts.

Fact: The election of Donald Trump to president elect is NOT a MANDATE. It is shocking, disappointing to many of us, an upset (in more ways than one) and, and, and… But mandate – um, NO.

I am not a person who lives in denial. Decades of personal psychotherapy and watching Oprah have taught me one important lesson – OWN who you are and live in the truth, and your truth.

And here is THE TRUTH.

House speaker Paul Ryan can go on television all he wants and talk about the “mandate.” Trump campaign manager Kelly Anne Conway can snidely gloat on CNN and MSNBC, as I saw her doing last night and this morning. The “crooked media” can continue to feed into the narrative of the upset (Note: And upset, it was – remember, truth) and the mass rejection of Hillary Clinton and her policies (Note: mass rejection, it was not – remember, the truth cuts both ways). But you cannot live in DENIAL. Well, of course you can – this is America, for now – but for argument’s sake (and our collective sakes), let’s not for now.

Our country’s president is determined by an Electoral College vote based on the popular vote but somewhat weighted to give a bit more balance of power to people who live outside major populated and/or geographical areas. Perhaps this needs to change or perhaps not. But the TRUTH is, math is math and numbers don’t lie.

TRUTH #1 – Donald Trump has won the electoral college vote to be president.

TRUTH #2 – Hillary Clinton has won the popular vote to be president. 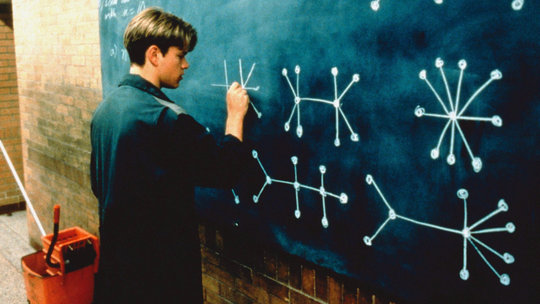 Do we need to bring in Matt Damon for an assist here?

Truth #2 is no small thing, no matter how the media or your Republican uncle, or frenemy next door neighbor, or contentious spouse or racist, sexist, homophobic social media troll, spins it.

It is no small thing because it means MORE PEOPLE in the U.S. preferred the direction Hillary Clinton wanted to lead the country than did in the road Donald Trump promised to lead us down. Again, REAL numbers DO NOT lie.

I am a liberal Democrat. I’m gay. I’m Jewish. I am a writer and a college professor. I guess what I’m saying is that I am technically the elite that the rural, working class voters have rallied against behind Trump.   Well, they can choose to believe that Pres. Elect Trump, a billionaire who freely admits he doesn’t always pay his bills to the working class people who do work for him, will improve their lives more than Hillary Clinton would have. They can believe many things about him. But what is  patently, factually true is that THEY ARE OUTNUMBERED.  More PEOPLE believe in Hillary Clinton’s policies. When the final tally is in it could be up to 500,000 – 1,000,000 more (for a live count, click here)

That should be more than heartening for those of us who are now claiming to be every form of devastated because it means the NUMBERS ARE ON OUR SIDE. No, seriously, this is the TRUTH. Retort all you want with but we lost, that’s not how it works, we’re screwed, maybe I can really move to Canada, what if there’s a nuclear war…but, once again, we need to live in truth. And the truth is that, good or bad, you have to accept what is before you can make changes for the better in your life – and the lives of others.

So here’s my conclusion – we losers, we deluded Hillary/Bernie supporters – actually have an advantage. There are more of US than there are of THEM. We just have to figure out a way to harness that and work within the system to elect other national leaders that share our points of view. This is the task of every election cycle and every generation. Consider the electoral map of just millennial voters 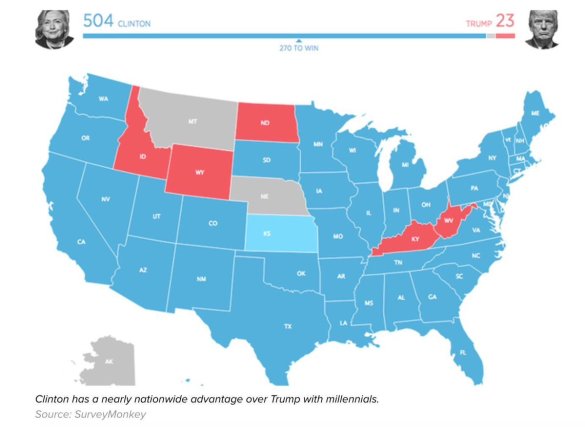 Now what does that tell you about our electoral futures???

So buck up, have a drink or two (or ten) this weekend. Or your vice of choice.   And tell someone off. Like I just did when a telemarketer called and asked:

Telemarketer: How are you today, Chair?

And he then paused for 10 seconds and replied:

Telemarketer: Well, maybe he has some positive thing to offer

And I then said:

Chair: No, he’s a racist, sexist, mentally ill homophobe who shouldn’t be trusted with the nuclear codes.

Upon which there was more silence. Until I hung up.

Lest you think I’m always this even-handed and perfect in real life.

That being said, we all fall off the wagon from time to time. Hell, two paragraphs ago I pretty much said US vs. THEM when I really do believe in STRONGER TOGETHER. But when you fall as my parents taught me long ago – and Hillary Clinton, a true patriot and brilliant woman, reiterated – you just have to brush yourself off and get back up again. 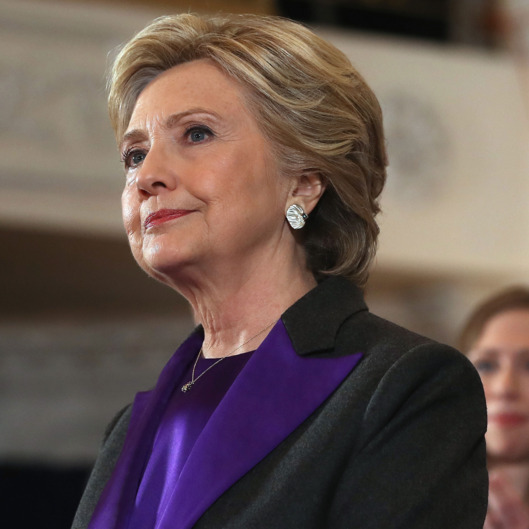 we will honor you hillary

Consider this a fall.

But not a permanent injury.

And certainly not the end.

Not by a long shot.

Because it’s just too good to pass up, The Chair will be waiting to weigh in on all things #Pussygate (Yeah, we said it) until after Sunday’s debate. Come back on Monday morning to see how truly “entertained” he was.

notes from a chair
Blog at WordPress.com.