No one wants to be labeled a hack but what’s even worse these days is being hacked.

Or so we’re told.

A hack is generally thought of as someone who is not great at what they do.  It’s often an insult hurled at artists, particularly writers, but over the years has been broadened to apply to anyone whose work or even personage we (or they) find inferior.

No, to be called a hack is not a good thing.  Worse yet, is actually being one.

I could hand out quite a few of these

Yet none of these insults or categorizations even comes close to the fear of being hacked.  If it’s never happened to you (Note: Though likely it has) that will surely feel worse than maximum-security prison.  Perhaps not quite a death sentence but possibly one where you have only a 50-50 chance of being commuted.

Do you know how many people can see all of your data, the pictures of your kids, maybe even your credit cards and….bank statements!!!??

Oh My God, I have to keep me and my family safe!!  Here’s what they say to do. First, I’m gonna change all of my passwords every month to a series of numbers, letters and phrases I can’t remember.  So I’ll make a list I’m not gonna store on my computer, because that’s not safe.  I’ll print it out and hide it in the house in a place only you and I will know…

…And likely not remember.  Which is when your real troubles will truly begin.

Me, resetting my passwords

Only someone who has been hacked numerous times has the right to make light of this.  And you are reading them.

For two years running someone filed fake federal income taxes under my name.  My ATM card has been pilfered three times in the last six years and accrued charges I didn’t make.  Several months ago someone even opened a credit card under my name through Alaska Airlines and bought a Cuban cigar that was delivered to my house in a skinny clear plastic bag.

And no, I wasn’t held responsible for any of them.  And yes, all of the companies were understanding of the problem and have whole departments devoted to fraud.  Sure it was bit of a pain in the ass but far less painful than changing every one of my passwords and expecting my brain to scroll through a list that multiplies quicker than the Duggar family in the nineties.

This is certainly not an endorsement or minimization of identity theft.  Nor is it a plea for us all to try to maintain some sort of private life if for no other reason than to prove to ourselves that even though we don’t post our bareass on Instagram it really does exist and is dropping.  Though not quite as badly as we might think.

No, this rant was brought on by….

Its widespread hacks into our voter systems in all 50 states just released by the Senate Intelligence Committee and…..

The general thud or hair on fire response it has all gotten (Note: It depends where you live) all across the country.

We all should be greatly concerned about a foreign adversary tampering in our electoral process and panicked that our voting systems are still unprotected and, well, more than hackable.

But let’s be clear about our concerns.

If our digital voting systems are actually hacked and people’s votes are changed, or folks are de-registered from their precincts, we’re f-ked but not irretrievably so.

It worked out OK on Scandal #spoiler? #oliviaweneedyou

Sure, many states do not have back up paper ballots but if this is a REQUIREMENT OF FEDERAL ELECTION LAW we have a year and a half to put this in place and well, yeah, there is still time.

If the banks and credit card companies all managed to set up effective fraud investigation departments so as not to lose money on piddly stuff like the illegal single Cuban cigar purchased under my name it seems that the same amount of effort on our government’s part to save our democracy might actually be doable.

Which brings us to the bigger issue:  How much responsibility will each of us United States citizens take to not live our lives as HACKS? 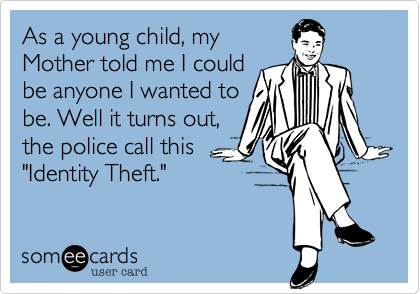 This weekend I watched The Great Hack, a Netlfix documentary that spends two hours diving deeply into the indisputable avarice of Facebook and the inarguable danger of data mining political consulting companies like the now defunct Cambridge Analytica.

That’s the British based company that basically had access to the personal information, purchases and intimate thoughts and desires of many tens of millions of us (Note: 87 million Facebook users, according to the doc) and used it to specifically put Trump in the White House.

Well, not literally.  It seems that Cambridge Analytica had a lot of help. It was hired by the Trump campaign for a ton of cash, bought off Facebook and its private info to the tune of $1 million per day in ad revenue during the hottest months of the campaign, and coordinated its activities both with Russia and Wikileaks on behalf of its client.

Allow me to scream into the heavens: ZUCKERBERG!!!!!!

Yet as nefarious as this sounds, none of this would work without the single largest group that helped Cambridge Analytica and Facebook put Trump over the top.

Not any of these companies.

Not any of the personal information they pilfered.

And not any particular member of the Trump family, tempting as it is to blame them all for everything.

See, the way election influence works today is at its heart no different than what I learned in the Electoral Politics class I took back in the seventies when I was a senior at Queens (ahem) College.

First, you scour the voter rolls and find out as much about the personal tastes and lives of the voters as possible.   Second, you don’t spend your money on the ones you already have.  And third, you totally ignore the ones you know you don’t have a snowball’s chance in hell of getting to vote for you.

Then those who remain, based on the data you’ve accrued, become your most persuadable group.  And once you’ve determined who they are you fight like hell to get them. 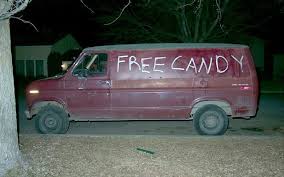 Not shady at all.

Take for example ads that scare the beeJesus out of “them:” Reagan’s rants on “welfare queens” taking your money; George H.W. Bush’s ads about a Black convict named Willie Horton who was given a prison furlough and raped a white woman,  and so on and so forth, etc. etc.

All of these and many more before and since were the precursors to the most recent fake Black Lives Matters type rallies brainstormed by Steve Bannon and Cambridge A in places like rural Pennsylvania and/or suburban Florida.  Or the made up from whole cloth Crooked Hillary is corrupt and a child molester to boot memes promulgated in Michigan, Ohio and Wisconsin’s various towns by various other propagandists, including the candidate, who wanted to do anything they could to gain power and reshape the world order with themselves and their minions as close to the on/off switch as possible.

The most dangerous button in the world

Their ability to HACK into our lives and micro-target us as never before has simply supercharged their mechanisms and super-powered their abilities to spread disinformation but the essential play book is exactly the same.

Thus, the question we all need to ask ourselves in this seemingly new world, is this –

Will we continue to behave as hacks and be hacked into submission?  Or will we rise up by paying closer attention to what is true and false, fact and fiction, real or unreal??

You can’t convince someone of what’s in a report if you don’t read it, or at least a summary of it, yourself.   In a vetted news source.

And heck, for those who don’t believe there is such a thing, you can order the audio copy from Amazon or listen to it online for free.

For those who didn’t serve in the military, think of those hours as an alternative to public service.  To those who did serve and think of themselves as patriots, do it for the love of your country.

Or forever remain a hack.

The Police – “Every Breath You Take”