The 92nd Oscar nominations were reliably predictable.  No, this year’s list of honorees cannot rightly be categorized as #OscarsSoWhiteStraightMale.  But neither could the group even vaguely be considered #OscarsSoColorful, #OscarsSoInclusive or even #OscarsSoPurelyArtistic.

It does seem a bit quaint to even be discussing what Hollywood (Note: Whoever or whatever that is) deems deserving of its annual golden statuette when the world is falling apart around us but perhaps that’s the very reason to spend a bit of time on it.  We all need a diversion or two, or twenty-three, and well, every year the Motion Picture Academy never fails to both come through AND simultaneously disappoint. 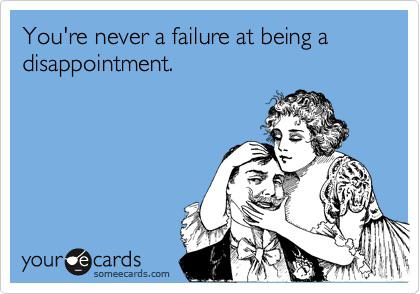 The Academy always comes through…

That said, it was interesting to see just how aware the Academy was of just how white the awards had the potential to be.  You could tell by their choice of not one but two people of color – Issa Rae and John Cho – to announce the nominees to an international audience.  That’s twice as many non-White people that were nominated in all four acting categories combined!

It’s a sad state that Green Book was more diverse

Meaning, Cynthia Erivo was the sole person of color to be singled out in an acting category this year for her lead performance as famed abolitionist Harriet Tubman in the fine historical drama, Harriet.  Does it count for diversity that Antonio Banderas was also nominated for his lead role in Pedro Almodovar’s brilliant semi-autobiographical pic Pain and Glory? That’s for social media to decide so you’re on your own there.

Leading the list of this year’s nominated films with ELEVEN nods was…Joker? Well, the title of that film alone says everything you need to know about the times we live in.  Close behind were: The Irishman and 1917 and Once Upon A Time in…Hollywood with ten each.

More like a TEN (but really, this did factor in right?)

The aforementioned Ms. Erivo was also one of a handful of recipients to receive two Oscar nominations in two separate categories this year.  Her second was as co-writer in the best song category for Harriet’s “Stand Up.”  Also double nominated were: Scarlett Johansson as both lead actress and supporting actress for Marriage Story and JoJo Rabbit, respectively; and David Heyman as a producer on two potential best picture winners, Marriage Story AND Once Upon A Time in…Hollywood.

Here is a full list of the nominations along with some (accurate? snide? bitchy?) opinions on those chosen and those left out of the major categories.  Let’s save the rest for when the awards are handed out on Feb. 9th.   In the meantime, get your Joker masks ready, the next four weeks promise to be….memorable?

My mantra to get through these nominations

ONCE UPON A TIME…IN HOLLYWOOD  David Heyman, Shannon McIntosh and Quentin Tarantino, Producers

The question is, what DIDN’T get nominated?  Pretty much all the films predicted to get a nod in this category managed to squeak through.  The possible exception was Knives Out, which nevertheless received what more and more seems to be the consolation prize of a writing nomination, in this case for its director Rian Johnson.

What else MIGHT have been nominated in this category even though you’d be crazy to expect it?   Well, the indie movie The Last Black Man in San Francisco should not have to rely solely on the Independent Spirit Awards to be named among the best films of the year when it is clearly that and more.   But don’t get me started on the #OscarsSo……. Again.

ONCE UPON A TIME…IN HOLLYWOOD  Quentin Tarantino

Here’s the thing.  Greta Gerwig, Little Women, Lulu Wang, The Farewell, Marielle Heller, A Beautiful Day in the Neighborhood, Alma Har’el, Honeyboy and Kasi Lemons, Harriet.  When you have five women who directed the aforementioned Oscar caliber films and not one gets nominated in this category, well, this is why people begin to talk.

Though whenever this subject comes up I point to the SOLE FEMALE to WIN best director, Kathryn Bigelow.  She got the award for her work on The Hurt Locker, a war movie with a male protagonist.  What this tells us, aside from the fact that Bigelow is a great director, is that the subject matter of a movie has as much to do with the gender of a director where the Oscar nominees (and winners) are concerned.

ACTOR IN A LEADING ROLE

LEONARDO DiCAPRIO  Once upon a Time…in Hollywood

There are those who might rightly be grousing that the performances of Taron Egerton in Rocketman and Robert DeNiro in The Irishman should have gotten a nod.  But truly the best performance of the year NOT in this category was in Uncut Gems.  Adam Sandler did the best acting of his career as a Jewish, compulsive gambler jeweler who can’t get out of his own way in an unrelenting and uncomfortably riveting film.  Does he deserve the Oscar for it?  Yes.  Do I care if you disagree?  No, cause it’s true.

Get ready for Grown Ups 3 #sigh

ACTOR IN A SUPPORTING ROLE

TOM HANKS  A Beautiful Day in the Neighborhood

BRAD PITT  Once upon a Time…in Hollywood

Brad Pitt is really the only one who matters here…for so many reasons.  Least of which is that Mr. Pitt is the sole person in this category NEVER to have won an acting Oscar.

This category is so 90s, you have to watch all the nominees on VHS

ACTRESS IN A LEADING ROLE

Yeah, it was between Cynthia Erivo and Awkwafina (The Farewell) for the female of color slot and Cynthia won.  Just kidding, sort of, but not…really.  However, it won’t matter.  Renee Zellweger’s daring recreation of Judy Garland at the end of her life, singing and all, will win and should win.

Although Charlize wins for inspiring the most gasps (and nightmares)

ACTRESS IN A SUPPORTING ROLE

Did you really think J Lo would be nominated for doing her Oscar pole dance in Hustlers?  Really?  No, I mean…really???  Really???????? 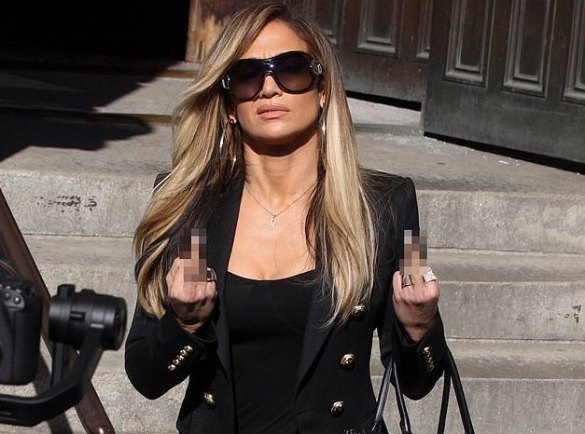 THE IRISHMAN  Screenplay by Steven Zaillian

LITTLE WOMEN  Written for the screen by Greta Gerwig

KNIVES OUT  Written by Rian Johnson

ONCE UPON A TIME…IN HOLLYWOOD  Written by Quentin Tarantino

You could have read three or four articles predicting the screenplay nominations and scored close to 100% in both of these categories.  But for my money, the big omission is Booksmart, a coming of age/last night of high school story chock full of memorable characters in hilariously awkward situations you felt you had both seen and never seen before.  So imaginative, heartfelt, funny and extremely difficult to achieve that it took four writers – Emily Halpern, Sarah Haskins, Susanna Fogel and Katie Silberman.  Of course the fact that they’re four women writing a female driven narrative had NOTHING to do with the snub! 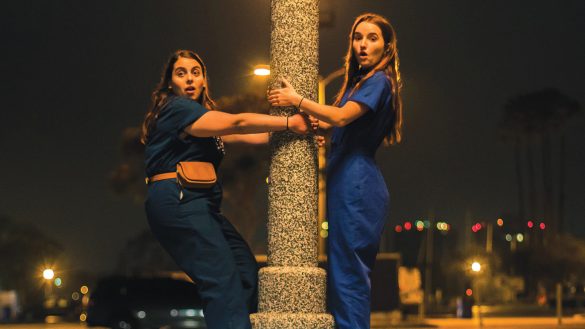 What does the Oscars have against girls and poles?

Not to downgrade the rest, but I got up at 5:15 am for this!  So, here they are without comment:

HOW TO TRAIN YOUR DRAGON: THE HIDDEN WORLD

I LOST MY BODY

ONCE UPON A TIME…IN HOLLYWOOD  Robert Richardson

ONCE UPON A TIME…IN HOLLYWOOD  Arianne Phillips

THE EDGE OF DEMOCRACY

LEARNING TO SKATEBOARD IN A WARZONE (IF YOU’RE A GIRL)

I CAN’T LET YOU THROW YOURSELF AWAY  from Toy Story 4; Music and Lyric by Randy Newman

I’M STANDING WITH YOU  from Breakthrough; Music and Lyric by Diane Warren

INTO THE UNKNOWN  from Frozen II; Music and Lyric by Kristen Anderson-Lopez and Robert Lopez

STAND UP  from Harriet; Music and Lyric by Joshuah Brian Campbell and Cynthia Erivo

STAR WARS: THE RISE OF SKYWALKER

STAR WARS: THE RISE OF SKYWALKER

The Rolling Stones – “You Can’t Always Get What You Want”