This past week the democratically led House of Representatives voted to impeach Donald J. Trump right out of the Oval Office.

There were seemingly endless hours and days of sober, nasty, angry and all around contentious testimonies, cross-examinations and speechifying none of us could get away from.

Even if you didn’t tune in, read about it or experience it via a random social media post/tweet, it was in the air.  Try going into any public place and someone, somewhere said something.  Or you I thought they did.

Of course, this is merely act one.

For those dreaming of a white christmas

In the next month we have a trial in the Senate that looks to be eerily similar except for the outcome.  Since that body has a Republican majority it’s likely that all of those legal and ceremonial bickerings will end with Trump exonerated/still in office and both sides of supporters feeling similarly aggrieved.

It’s about the only thing we all agree on as a group.

This weekend I watched the new movie about famed children’s TV star Mister Rogers, A Beautiful Day in the Neighborhood.  I watched it on a screener at home because I was so similarly aggrieved that I was too lazy to go out to the movies and too wrung out to actually spend time looking at anything that I even vaguely cared about.

Yeah, I never got the TV show Mister Rogers Neighborhood OR the man himself.  In fact, full confession, as a kid he REALLY gave me the creeps.

The sweater, the monotone, the dumb songs and the STARE into the camera made my skin crawl.  It seemed like any minute his red wooly arms would reach through the camera, grab me and then touch me in a place he didn’t belong.

Intimacy issues?  Trauma?  Challenge with trust?   Perhaps so or maybe it is all of the above?  But, I mean, who didn’t in those days?  Not to mention, which of us doesn’t have at least one of those in these days?

That’s why I can only point to current events as the reason why I bought A Beautiful Day in the Neighborhood, a film about a journalist interviewing Mister Rogers in the late nineties, hook line and sinker.

But neither would you be even close to being entirely right.

There is nothing less than this writer wants to see than Tom Hanks starring as yet another onscreen heroic character (Note: Particularly in a sweater).  In fact, for the first 20 minutes of the film I literally found myself so majorly annoyed and offended I began shouting fuck you out loud to Mister Rogers, the WGA, the screenwriters and anyone else who would listen (Note:  My poor dog) for subjecting me to this mess.

seemed like a good time to dust off my favorite gif

Yes, I shudder to repeat this out of context but it’s something…Mister Rogers says to one of his…..ugh……..puppets in the first five minutes.  And that is:

Do you know that means, to forgive?  It’s a decision we make to release a person from the feelings of anger we have at them. 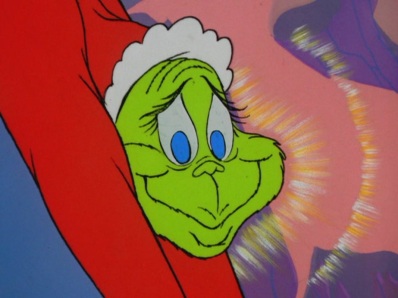 .. and then the Chair’s heart grew three times

A purple prose bromide that is just another part of the never-ending Toolkit of New Age Logic.

Not to mention, it’s not even original to me.  I was a faithful Oprah watcher and to this day I still get O Magazine.  Plus, I’ve literally had decades of therapy where this very issue – and very line – has been covered ad infinitum.

But usually it is in reference to me and my personal issues, not those of national neuroticism and consciousness. 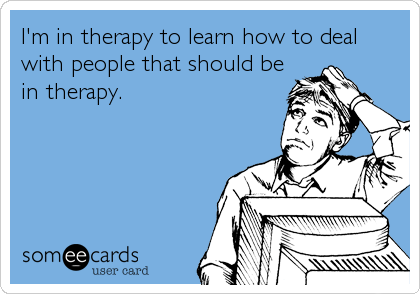 OK.. and well this too

As a left leaning Democrat who used to feel like he was a liberal  (Note: Until the last year where I’ve been yelled at for being what is now considered a MODERATE) well, let’s start with I’m angry with everyone and anyone categorizing me as that.

But then there’s also:

1- A president who hate tweets a 16-year-old climate activist because he was jealous she got the cover of Time Magazine as Person of the Year instead of him. (Note: And his wife, the faux anti-bullying activist, among other fauxs). 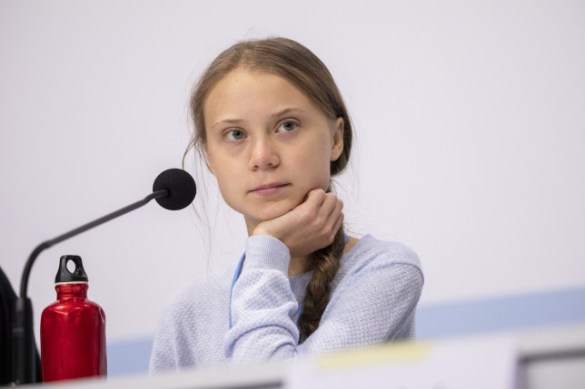 2- His various enablers, from Congress on down, who don’t mind him consistently meeting with powerful Russians, including Putin, on the phone and this week in the White House, and laughing about it even as he’s being prosecuted for actions relating to it.

3- Staunch conservative Republicans who turn a blind eye to his attacks on people who have spent their lives trying to defend the freedoms they claim to hold dear (Note:  This week it was calling the FBI scum, and last month it was referring to the press as traitors and very bad people)

4- His loyal base of EVERY voter (Note: Whoever they are) who are okay with base insults against every non-white, non-straight or ethnically specific group under the sun from the Oval Office, as long as said base get to watch those who oppose their politics squirm while he throws then a bone on some issue near and dear to their hearts.

5- The Democrats, liberals, et al, on social media who loathe Trump but rant and rave about how NO ONE but THEIR candidate (Note: Often Bernie Sanders, sorry) will do.  This is usually accompanied by endless posts and stories about some failing among the many, many, many others in the Trump-opposing field.

6- The women who are threatening to sit it out if the Dem nominee isn’t female, the gays who claim they won’t vote until the nominee is queer, the people of color who will willingly stay home unless…..well, you get the picture.

7 – The woke culture that has gotten my students to the point where they are often afraid to write, or even say, anything controversial in class for fear that they might micro-agress/offend.

8- The vitriol, threats and sheer meanness from the top on down, that has turned young people mostly off to politics and given them little faith that they or anyone else can make a difference until this generation of boomers die out and they are able to take control.

All of this and more has brought me to the point where, in the search for a solution, I actually find myself, all these decades later, turning to….Mister Rogers for comfort???? 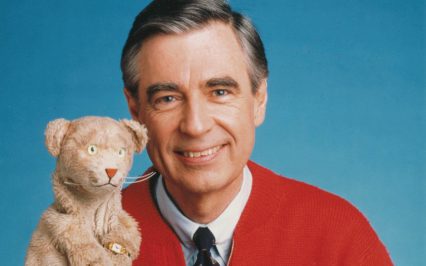 I draw the line at the puppets though #STILLCREEPY

Well, if that’s what it takes, fine, I do forgive them.  Trump and his followers, every last one of them.  Seriously, I do.  I only wish they could forgive whatever they think me and my ilk did to them (Note:  This includes all those who now claim the mantle of 2019 liberal).

Mister Rogers, and now I, might be a little naive but at the moment this seems the only solution for any of us in this country to have even a fighting chance.