I want to make a difference, says just about everybody at least once.

This is especially the case lately in these Un-United States.

Though ALL OF OF US, every last one, do still live in a country that now rips children from the arms of their parents crossing the border and cages them in holding facilities where they see an hour of sunlight a day.

This, by the way, while our attorney general smiles creepily about it as he gleefully quotes a Bible passage used previously by the Third Reich (Note: aka The Nazis) to defend it.

Yes, we have to own our current failures and keep repeating these facts whenever we can even if SINGELHANDLEDLY we can’t change them.

If only because historically it takes A LOT for Americans to make political change but as a people we DO CHANGE – though usually only when our backs are against the wall and there is no other alternative.

Or, as one oft quoted line goes:

Americans can always be counted on to do the right thing – after they have exhausted all other possibilities.

Over the years this has been attributed to everyone from Winston Churchill to Israeli politician Abba Eban, to an unnamed “Irishman” to, well, any amalgamation of sources.  Which makes it no less true.

There is, of course, an argument to be made that everybody thinks they are making a difference because they themselves are different. Every Instagram photo, each Facebook post, all the Twitter rants undisputedly reach people and can be a catalyst to GREAT CHANGE.

… and that’s why there are 96 colors in the box

Or simply deflation when one realizes it didn’t matter as much to everyone else as it did to us. And that even though one or more people than you thought noticed or followed or commented you will NEVER in ten lifetimes match Katy Perry’s 110 MILLION Twitter followers or even Trump’s 52 million.

If only Katy were twice as powerful.

Still, it is essential to remember that each of us has A LOT more power than we think. In fact, every day we hold in our hands the possibility of affecting pivotal decisions, sometimes even life and death ones, among others that cross our paths.

And if you think this isn’t so you have never been a teacher, a mentor, a friend, a lover, a parent or even enemy to anyone.

This, of course, is impossible. In those areas we are ALL double-hyphenates – at the very least.

It is not an exaggeration to say that you never know the full effect you are having on someone you forge any sort of relationship with. Sure, you know what YOU get from them but you don’t truly know how your thoughts, deeds, actions or lack of them served as a catalyst to another person’s change – which then precipitates others, who in turn go on to inspire many others, and then go on to create ______________. 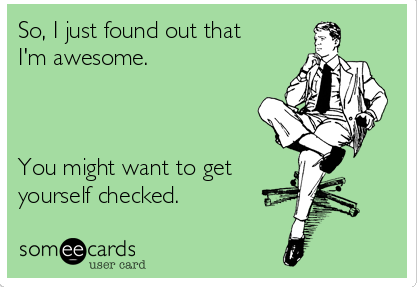 You flatter me so #imblushing

Well, you get the picture. Though perhaps you don’t.

I myself have to be reminded of this every so often, usually when my psyche is at an all time low after seeing kids, usually non-white and poor, taken away from their parents for no other crime than fleeing to the one country where they were told there was an opportunity for freedom – an equal playing field where anyone, even them, could make something of their lives.

Even if this were never true for all (and most especially them in 2018) is beside the point. The United States was always more an idea than a reality. It is no different than the honest advice you might give to a beloved friend or the warm feelings you can’t help but share with a mysterious potential lover who never dreamed anyone would dare think of them the way that you do. 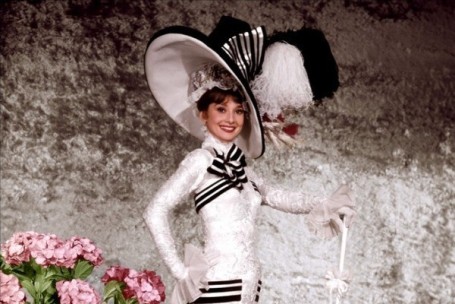 Sometimes all any of us have to do is say what we feel (or believe) to someone else, give them something to think about, and change can begin to happen for them, and us, right before our eyes. Other times the timing is wrong but it doesn’t mean there won’t be a great result when we’re not around. In still other cases, we might reach no one but the mere fact that we attempted to finally connect might immeasurably help ourselves, giving us just a little more courage to speak up in different circumstances where the connection we’re trying to make could be much more significant. Or perhaps in the end it’s just another baby step towards, well, something else.

This week I attended an event in honor of the 125th anniversary of Ithaca College held at Walt Disney Studios. It was a big blowout hosted by I.C. alum Robert Iger, Disney’s chairman and chief executive officer – a guy who is arguably one of the top 10 most powerful people in the entertainment industry.

After me… of course #wink

Aside from the fact that he looks great while somehow being even OLDER than I am (Note: And let’s face it, that’s all that we in L.A. really care about, right?), it was fascinating to see the face of this guy brighten when he talked about the meaningful human connections HIS COLLEGE LIFE gave him and taught him – so much so that forty plus years later he agreed to show up and host the gala festivities on his own studio’s back lot the very day he lost his much publicized attempt to acquire 20th Century Fox, to one of his rivals, Comcast.

I’ve held an endowed CHAIR (ahem) position, taught writing and mentored countless students and graduates at the school’s L.A. campus for more than 15 years and in that evening found myself face to face with more grown up versions of people that I will always remember fondly as the not quite adults Mr. Iger once was than you can count.

Forget that some of them now have kids who are teenagers and know a lot more about so many things relevant to today’s world than I do.

What I will always remember from that evening are the numerous instances someone came up to me and recalled some pivotal time where I managed to somehow say something that made them not give up, imparted some little piece of craft (Note: That, no doubt, someone had taught me) that fixed a problem with their work which felt insurmountable or imparted some tiny piece of life advice or social statement (Note: Likely perched on the soapbox I carry around with me, along with my manifesto of liberal talking points) that gave them the confidence to engage in the battle of the world to get what THEY really wanted.

I mean, who KNEW? At this point, it’s not as if I can remember 85% of the things I’ve said in the past – or even in the very recent present. Though I will confidently proclaim that in every case, whether I remembered it or not, I had NO IDEA what I was saying was even being listened to, much less important to anyone I was saying it to.

It was merely spontaneous engagement on a topic with a group of people sitting in a room and sort of willing (Note: Yeah, sometimes it is tough) to engage.

That’s not the stuff of great teaching. It’s more the talent we all have – of being a thoughtful, decent, listening and reactive human being. At the end of the day it’s only the give and take and exchange of ideas with others that ultimately makes any real difference at all. Or has the chance to.