I spent the night with Miss Universe, Alicia Machado, twenty years ago. Relax, nothing happened. I’m gay and she’s straight. And truth be known, it was just the evening, other people were around. Still, that means I know her better than 99.9% of you out there.

It was at a very small party to watch the Golden Globes at a friend’s house in Los Angeles. She came with her then good friend, the actress Maria Conchita Alonso. There were no more than 10 people.

Here’s what I remember:

— We teased her that we were disappointed she didn’t bring her crown. She laughed and endured various crown and scepter jokes throughout the evening by people who assumed they were the first to tell them to her.   Sometimes she even laughed. Now that’s what I call a good sport, not a nightmare.

and gurl, that is SOME serious headgear

— Food was served and she wasn’t an eating machine, as Mr. Trump has told you. In fact, there was plenty left for everyone and even leftovers. Though there usually is when we Jews and gays attend and host dinner parties. We like to overdo. Not to perpetuate any more stereotypes here. (Note: I can say this because I’m gay AND Jewish).

— She wasn’t fat or even overweight, not that it matters.   In fact, what I very distinctly recall thinking was how refreshing it was that she didn’t seem anorexic or look like a lollipop. Midway through her reign, she looked radiant and healthy. Little did I know that she did (or would have) an eating disorder some years later caused by the unseemly pressures put on her to look like something other than her gorgeous self.   And yes, she was gorgeous. Stunning, in fact. And not merely in a worshipful, gay guy way. (Yeah, I know that’s what some of you are thinking). Still, I wish there was a straight guy there who could confirm this. But it’s true.

— She was very sweet and very young. We tend to forget when we see beautiful young women in person and off the TV or movie screen that they are not sophisticated, larger than life glamour gals but no more than versions of your younger sister or tomboy best friend from high school or college. She seemed so genuine and trusting, I thought. Though her English wasn’t great it was enough to get by and understand. Yet I worried about what it must be like for her to navigate the many letches of this business. My now husband told me he thought she could probably take care of herself. Little did we both know back then that she could, but that it would take time and she would pay a price for it. 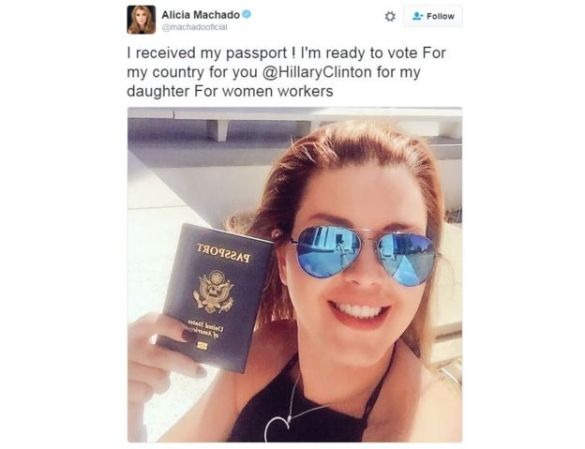 We’ll see who has the last laugh #getemgirl

I can’t imagine what it must have been like to come from the middle of Venezuela, with English as your second language, and as a teenager (she won the Miss Universe contest at the age of nineteen) have to deal with the likes of the 50 year-old version of Donald Trump. Past being prologue, that must have been the real nightmare.

I have not seen Alicia in 20 years except on television, like you. She appears more mature and worldly but the essence of the gal I’ve recently remembered appears the same – polite, lovely, respectful and intelligent. The fact that she would not repeat the racial slurs she said she heard Mr. Trump utter all those decades ago in a recent interview is exactly in keeping with what I remember – a person who didn’t unnecessarily want to hurt others if she didn’t have to. 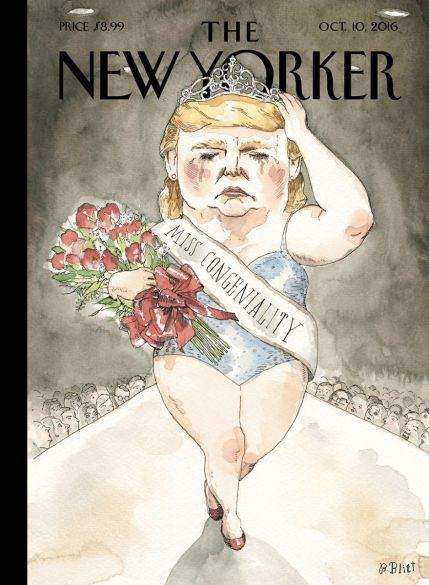 … plus what could she say that would be better than this? #snicker

On the other hand, I’m not (at all) surprised Mr. Trump has tried to smear her for coming forward nor am I shocked that the only sex tape that anyone can find as it relates to the issue of Donald vs. Alicia is a soft core Playboy video where Mr. Trump pours champagne from a bottle over a bunny logo. Classy, right? Not that I’d fault her or anyone performing consensual sex on camera. It’s the leering adult male gaze at young women more than half your age surrounding you and some New York limousines as you pour booze over an image of an animal made to look like a young woman that is the sleazy part that gets me. 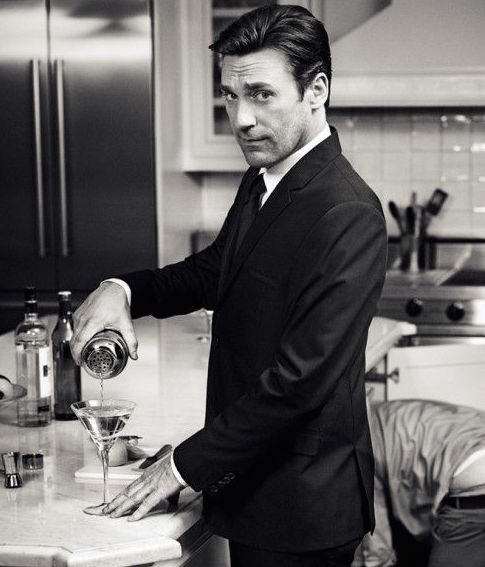 Did you really think I would post a pic of Drumpf in a Playboy video? #JonHamm4Ever #myeyesarenotbleeding

In the Oscar-winning movie Little Miss Sunshine seven year old Olive, an aspiring pageant contestant and charismatic innocent, is shamed by her father early on for eating ice cream. Later, Olive asks Miss America if she eats ice cream and she very definitively says yes.   When Olive takes this as confirmation that her appearance is actually pageant-level okay, it worries the male members of her family, particularly at the end of the film when Olive is about to perform in front of the judges and audience because each is afraid their beloved Olive with be laughed off the stage in humiliation. At that point Olive’s Mom finally steps up and very wisely admonishes them to, let Olive be Olive. She might get hurt but at the end of the day the truth will win out if you’re being honest about who you are. 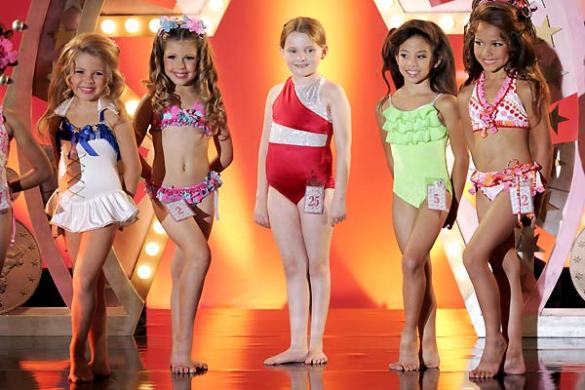 Alicia Machado has always known this and tried to live this way, from what I’ve seen up close and recently onscreen. That’s more than I cay say for Donald Trump, someone I’ve seen a lot of recently onscreen but admittedly have never spent an up-close evening with – and hopefully will never have to.