The iconography of the US represents freedom and diversity. Of course, this is theoretical. No icon, or its iconography, is 100% real. It’s an ideal to strive to at best. It’s a fictional image, at worst.   Still, and purely by comparison, it would not be an understatement to say that the United States does have more diversity and freedom than most places in the world and that those words, though not perfect, are as good as any to represent the principles upon which this country aspires to and was founded on.

You know.. those tired, poor, huddled masses yearning to be free #sheknows

This week is the 15th anniversary of 9-11, the day multiple terrorist attacks exploded the Twin Towers and Pentagon and caused 3000 plus lives to be immediately lost – not to mention the respective bombings, wars and various other mega-skirmishes spawned in its wake that cost the lives of tens of thousands of others.

That said, not a bad week to reflect on freedom and diversity in the U.S., wouldn’t you say?

Hillary Clinton stood up at a fundraiser this week and categorized HALF of the supporters of Donald Trump for president as being a basket of deplorables. She elaborated to define this group as Islamophobes, sexists, racists, homophobes and various other ists or obes. If you’ve been paying any attention at all you know who they are. The people who almost daily voice or post nasty remarks that categorize anyone who do not agree with them as anti-American or threaten and/or insult the dissenters by focusing on some element of their personal selves – be it race, sex, ethnicity or sexual preference. 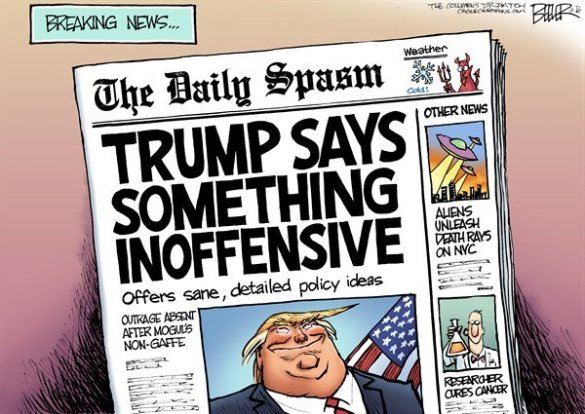 If you’re not quite following or don’t agree, here’s some help. Examples of the latter would be things like calling Mexicans murderers and rapists; singling out Blacks as police haters who primarily live in poverty and are dangerous criminals who should go back to Africa; generally referring to most or even all Muslims as anti-American and advocating they all be thrown out of the US; coarsely categorizing women they don’t like in terms of their body parts, looks and FemiNazi tendencies; and condemning LGBT Americans as a corrupt influence on the general moral fabric of the country, particularly when it comes to raising children.

I’m not sure if these people make up 50% of Trump supporters. It could be slightly less. Or it could be significantly more if they were forced to take a lie detector test. Of course this is my opinion – but it’s supported with the thousands of articles and speeches on the presidential campaign I’ve heard or read about in the last year and a half.   And that’s more reading than Mr. Trump admittedly does himself. 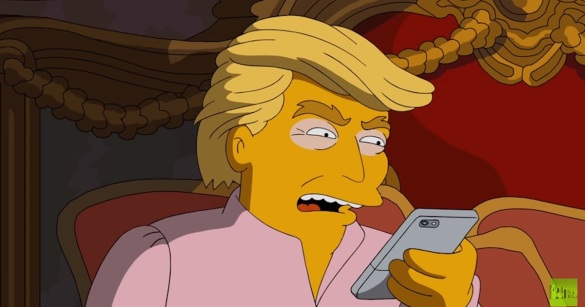 Well.. that’s if you don’t count anything more than 140 characters

What is surely true by any reasonable conclusion, based on what we see and read, is that the 50% number is at the very least in the ballpark. That said, I’d be willing to go as low as, say, 33 and a third in order to get my point across. I’ll bet I could even get the vast majority of us vs. them to agree on that.

Here’s the thing – you don’t bring a noodle to a gunfight.

“He pulls a knife, you pull a gun. He sends one of yours to the hospital, you send one of his to the morgue. That’s the Chicago way.”

Donald Trump has in the last week praised Vladimir Putin and Kim Jong-un for their strong leadership and popularity in the polls of their respective countries –thoroughly ignoring that both rig pubic opinion by exiling or murdering dissenters, many of whom bear a resemblance to or are supporters of the types of people his aforementioned deplorables despise.

So the KKK, Vladmir Putin, and Kim Jong-Un all endorse Trump for president…Are we sure this isn't an episode of South Park?

He also gave a speech this weekend where he proudly said all he cares about are making the best deals for the country and if this meant liking or acting like Russia, and North Korea it was immaterial to him.

Let freedom ring. And screw diversity while we’re at it. If we can get the equivalent of a $5,000,000 NY condo at the bargain basement price of diversity and/or freedom – hell, let’s live it up in gulag-like luxury. Who cares what it cost cause it won’t cost a lot.

Not everything is measurable in money and deals. I, for one, hate gold gilt. Nor was I ever partial to the color orange, except in juices. And tempting as it is to do a luxurious comb over, when you get to be a man of a certain age, I’m gay enough and manly enough to realize that living in truth, especially when it comes to your pate, will ultimately trump the illusion or perverse fantasy of imagining yourself as a 2016 Gorgeous George with a1970s Farrah ‘do in the long run. After all, there comes a moment when your control over time, not to mention your money, will cease and all that you’ll be left with is your actual mirror image. (Note: Ask Sumner Redstone).

I’m looking at you too, Larry.

Which is really the point. Some 15 years since the collapse of the Twin Towers what do we see? If we are to believe they hate us for our freedom, we still have to at least aspire to our principles, don’t we?

This starts with truth – not faux facts or fantasy beliefs. From both sides. It is not easy to run for election without offending someone or exposing oneself to inscrutable scrutiny. This means admitting you didn’t always do right when it came to drawing within the lines of each governmental guideline throughout your political career. And admitting your past and present mistakes. But more to the point it means you don’t lie, malign and slander whole ethnics groups, religions and even sexes when they dare to criticize you. Nor do you make up facts like whether you supported past wars or if you have any sort of plan at all for how you will govern (other than a secret one). Not to mention, it requires you to occasionally read a book, apologize when you misspeak and study the facts as they are – not how you wish them to be.

In short, it requires a look in the mirror.