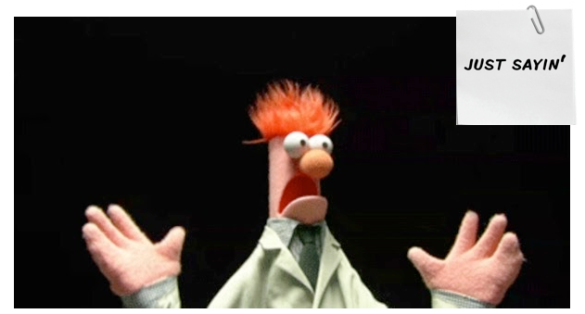 I don’t know about you but when I read on the front page of the New York Times that …the Islamic state is seeking to attack, infiltrate or sabotage nuclear installations or obtain nuclear material or radioactive material at vulnerable facilities in Belgium and elsewhere it raises the moderate yet consistent level of anxiety I walk around with each day to high.

But, being a master of denial, I quickly remembered that my beloved Times was also the paper that once employed Judith Miller, who once acted as a shill for former Vice President Dick Darth Vader Cheney and printed all kinds of misleading stories about Iraq’s nuclear capabilities under President George W. Bush – stories that in turn created a groundswell of political and public support for probably the worst foreign policy blunder in modern American history – the Dubya-led march into Iraq – which in turn led us into the current massive destabilization of the Middle East.

Stefon only speaks the truth

Yes, I know this is what the terrorists want – for me/us to be terrorized. And it would sort of be working on me had I not lived much of my early life in terror and, in turn, become a master of denial. This, of course, led to decades of therapy that allowed me to understand there is no point worrying about stuff I can’t control – like my own personal demise and the end of the world. But at least I know how to block it out and put it in perspective. For me that means – oh hell, may as well enjoy what little time we have left while we can, because clearly we’re all doomed.

On an existential basis this is not all surprising. I mean, aren’t we all doomed anyway? Not to bring down the room with homilies like – no one gets out of here alive but…uh…guess what…you don’t. And this whole afterlife thing really needs to take a rest. Because if there is an afterlife then doesn’t that mean all of these terrorists are celebrating with a dozen virgins somewhere you and I can’t see? Since who is to say whose after-life is it, anyway?

This being the case I refuse to become preoccupied or outraged anymore about potential nuclear wars. Yes there are exceptions that will get me – like the 31 dead several days ago in Belgium and any time the proliferation of gun-toting Americans decide to shoot up a movie theatre or classroom full of people. Not to mention the next time any white law officer shoots a non-White young (or old) person. Or vice-versa for that matter. Still, that seems to happen only every month – well, let’s say every few weeks to play it safe. I can certainly handle that amount of sadness in monthly or weekly increments if it stays at that level because I’ve learned to portion it out.

Yet there are any number of news and pop culture events I refuse to get upset or even annoyed about anymore.   I’m actually rather enjoying the food fight The Republican Apprentice and Grandpa Munster are having over whose wife is prettier, smarter or more worth staying monogamous with. Frankly, I’d cheat on both of them, though not with either of their husbands – nor any of the other deposed competitors for GOP presidential choice. I might, however, consider one of the deposed competitors on the Democratic side who has dropped out. Not that I’m naming any O’Names.

I also don’t give a rat’s ass that the just-released Superman v. Batman is by all accounts a leading contender for next year’s Razzie awards; Ben Affleck’s sad sack expression when being unfairly ambushed by a journalist on a press junket who asked him how it felt to have the movie so poorly reviewed; or the fact that the movie has just grossed more than $400,000,000 at the box-office worldwide in its opening weekend. Yeah, you heard it right.

Certainly this, more than anything else, makes a case for the proposed company The Screening Room filmmakers like Steven Spielberg and J.J. Abrams have been touting the last few weeks.

This new venture/platform/vehicle would provide us all – for the mere price of about $50 – the opportunity to legally beam in any movie to our large home screen mechanism of choice on the exact day it opens at movie theatres.   Industryites are objecting all over the spectrum but really – I’m not upset in the least. Nor should anyone else be in the industry. The only chance they have of more people going out to theatres to see much of their sort of corporate swill is if it’s offered in the comfort of one’s own home where one can freeze it for bathroom breaks or group hate watch it amid chugs of wine or puffs of their prescriptioned pharmaceutical of choice.

Certainly, the above applies at least to me. I’ll pay $50 to have friends over so I can luxuriate on Mr. Cavill’s shirtless image with my eyes while downing a glass of Chianti. Or perhaps that’s vice-versa in the case of the latter two phrases. Well, whatever works. As for Mr. Affleck, he’d be old news at that point. Literally.

Yes, the world is cruel and old age is not for sissies, as Bette Davis once said. Do you know there are theatres where I can now get in as a senior citizen? That’s cruel but I’m also enjoying the irony of continuing to pay full price. I think of it as my middle finger at the patriarchy still in charge and a revolt against the yet one more category it’s attempting to throw me into against my will. 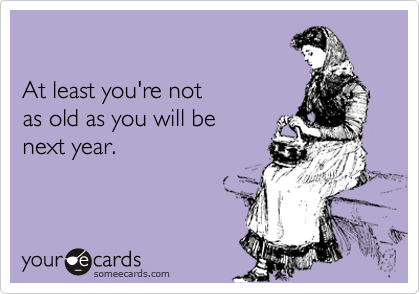 People will, of course, always try to throw you into categories you don’t see yourself a part of or, by any objective (or non-objective) measure are clearly not a part of. I’m voting for Hillary Clinton but still consider myself a liberal. I like but am not voting for Bernie Sanders yet fellow Democrats consider me a privileged white male sellout. My GOP friends consider me misguided. Others in the GOP think I’m… Oh, I’m lovin’ all the nasty adjectives the latter throws at me. I’m like #Drumpf – every time you challenge me my contributions to her, like his Wall, get the equivalent of five feet higher.

I am unsure how long my newfound light-heartedness will last but I’m betting given the current news cycles of the last few months, not to mention the world at large, it won’t be ending any time too soon. There are too many clowns and clown cars to laugh at these days. As the great and prescient George Carlin once so cleverly said: