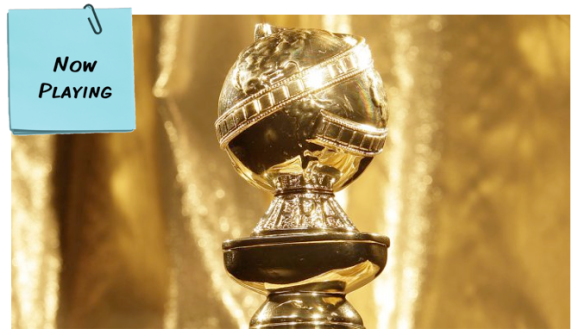 Why does one write about anything as silly and meaningless as an award show – especially the Golden Globe Awards – which are chosen by a bizarre group of international critics who have the collective credibility of, well – a blogger?

The correct answer is not – because you are a blogger.

Rather, it is the same answer I give my students and friends when they ask, Why does fill in name of a good or favorite actor do so many bad movies?

Answer: Look at all the choices available to them at the time. Which one do you think they should have picked?

In my case, I just can’t spend another week on The Republican Apprentice, Hils, the Bern or Grandpa Munster (Note: Oh please, you know who I mean). 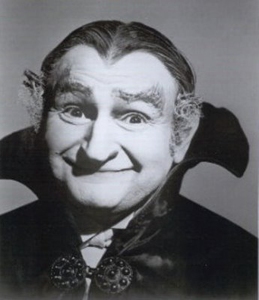 Plus, our president has guns covered at the moment, there doesn’t seem much of a debate left on climate change and do you really need to read another 10 best/worst list of 2015 or a preview of your top choices or potential losses for 2016? No, you do not.

So here are my GG predictions. We’ll weigh in on Monday for a post mortem of the show. The commercials have host Ricky Gervais teasing us that he might make a celebrity cry. Don’t dress. And take that as seriously as any tease you encounter on television – or anywhere else for that matter.

It’s got the heat, as they say. And it’s a really good film. CAROL is too rarified for this group, MAD MAX is too forward-thinking, THE REVENANT is too gross and ROOM is too small. If you are thinking a possible upset for your betting pool, remember this is an international consortium – so perhaps, REVENANT or MAD MAX. But, uh…no

BEST PERFORMANCE BY AN ACTRESS IN A MOTION PICTURE – DRAMA

This is one of the trickiest categories so don’t wager the house. Brie Larson should win and will probably be awarded the Oscar because it is likely Ms. Vikander will be put up for supporting actress. But given these nominations, the international appeal of THE DANISH GIRL should do it along with AV’s universal raves. The CAROL women will split. Possible spoiler is Saorise Ronan but that’s doubtful since the film is small and likely has not been seen by all the voters, “critics” though they may be.

BEST PERFORMANCE BY AN ACTOR IN A MOTION PICTURE – DRAMA

FYI, I think Bryan Cranston will win the Oscar. But again – international voting is a big element here and Mr. DiCaprio seldom, if ever, wins awards. The true winner should be Michael Fassbinder who couldn’t grunt, bleed, accent or costume his way through the nearly impossible role of a somewhat unlikeable icon. But that won’t happen. Nor will Mr. Smith go to the stage.

How much do you want to see Amy Schumer up there? Well, (NOTES SPOILER!) you’re going to have to wait for a category. And the true winner should be THE BIG SHORT. But I’m not entirely sure this group will go for the latter. The international market ADORES Ridley Scott and he’s another perennial non-winner. Not to mention, there are a group of critics who see the overly long, overly optimistic for humanity theme of THE MARTIAN irresistible. Well, no one can accuse we here at notes of any of that!

MAGGIE SMITH, The Lady in the Van

WINNER: AMY SCHUMER. And no, you didn’t read that wrong.

It’s a comedy and this group also likes to feel both hip and out-of-the-box from time to time. Not to mention – the Hollywood Foreign Press’ main source of revenue (meaning how they stay afloat) is the broadcast of this show (which means ratings).

Not to say Ms. Schumer doesn’t deserve best comic (and even musical!) performance by an actress this year. Though my vote would go to Lily Tomlin. Why? Because how often do we get the treat of seeing Lily Tomlin playing a snide lesbian…in the movies, that is?

Sure, this feels ridiculous. Is ‘THE MARTIAN a comedy? As much as it’s a musical. Nevertheless, it’s Damon in a walk. My vote is for Bale or Carrell. Or Mark Ruffalo. Or Al Pacino, even though I haven’t seen that movie.

WINNER: Um, INSIDE OUT. Seriously.   (For my thoughts on the truly bizarre Anomalisa, check out last week’s post)

I have no business weighing in here since I haven’t seen any of the nominees. The talk is for SON OF SAUL. Few Hollywood groups or award contests can resist a Holocaust film.

Whatever Chairy, you know I’m fabulous!

I gotta say Jennifer Jason Leigh even though THE HATEFUL EIGHT is the one big film this year I still haven’t seen. Why? It’s only early January. Why JJ Leigh? Because she should have won years ago for GEORGIA and I’m still annoyed. Look it up. #SadieFlood4Ever 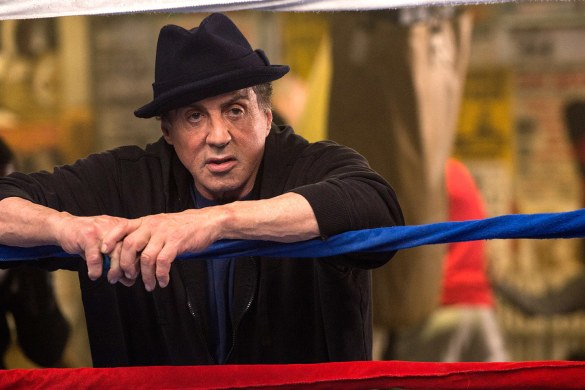 Not a knockout for Sly

IDRIS ELBA, Beasts of No Nation

Mark Rylance has the edge. Watching his performance is an acting master class in less is more. It should be required viewing for anyone serious about the craft.

This is one of the toughest categories. The winner SHOULD be Tom McCarthy for not showing off and telling a story in a compelling way without all the bells and whistles. But likely it’s between Todd Haynes and Ridley Scott. Hmmmmmm. Okay, it’s Todd Haynes. It’s just the kind of film that would feel arty to these voters.

Is that my office? #hotmess

It’s hard to imagine they won’t win for making journalism heroic, dramatic and noble once again. The writers of THE BIG SHORT could be the spoilers here simply for originality. Though let’s not get carried away on that score.

…really no one has ANY idea, including the members of the Foreign Press.

Is this the tie-breaker in your pool? Then go for Ennio Morricone. Otherwise, drink every time someone onstage says original.

Betting against the sentimental choice

“LOVE ME LIKE YOU DO” (Fifty Shades of Grey)  Music & Lyrics by: Max Martin, Savan Kotecha, Ali Payami, Ilya Salmanzadeh

WINNER: ONE KIND OF LOVE

Since the entire movie of YOUTH depends on and leads up to the performance of the haunting SIMPLE SONG #3, you’d think this was a lock. But I don’t believe this group can resist giving the much-loved Brian Wilson biopic, LOVE AND MERCY, some love. Or the much-admired Brian Wilson some long overdue awards attention. 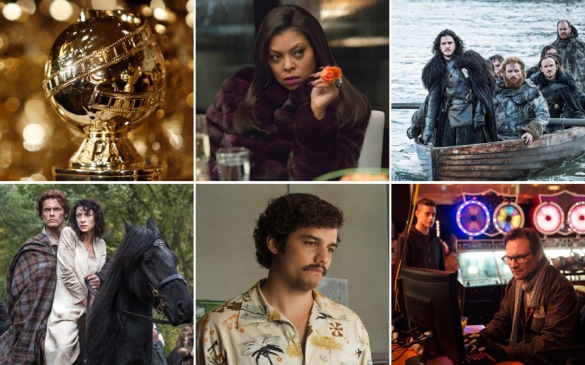 I’m going out on a limb here though it could easily be GAME OF THRONES. But the Foreign Press loves to be the FIRST to discover a show around awards time. I remember at the turn of the century when they SHOCKED the crowd on hand and at home and gave Fox’s PARTY OF FIVE best drama series. Again, look it up. As for MR. ROBOT – I’m in the middle of binge-watching it and I have to say I’m sort of hooked. Sort of? Huh?

BEST PERFORMANCE BY AN ACTRESS IN A TELEVISION SERIES – DRAMA

VIOLA DAVIS, How to Get Away with Murder

Take it to the bank. She’s crazy good. Literally.

BEST PERFORMANCE BY AN ACTOR IN A TELEVISION SERIES – DRAMA

That’s the sound of me cheering.

MOZART IN THE JUNGLE (Amazon)

ORANGE IS THE NEW BLACK (Netflix)

It’s the show of the moment. It just is. I suppose VEEP could sneak in it but it’s doubtful.

You know you love me Chairy

Has Julia Louis-Dreyfus ever lost an awards competition? Who does she know? Still, there is a slim chance for Gina Rodriguez. Yeah, the international factor again. But I’ve learned my lesson betting against the Walt Disney of comedy actresses. (Note: I didn’t really just write that, did I?)

Is there a Globe for failure to age?

AZIZ ANSARI, Master of None

The closest there is to a sure thing. A brilliant portrayal of a trans woman because he plays her very simply – as a person.

BEST TELEVISION LIMITED SERIES OR MOTION PICTURE MADE FOR TELEVISION 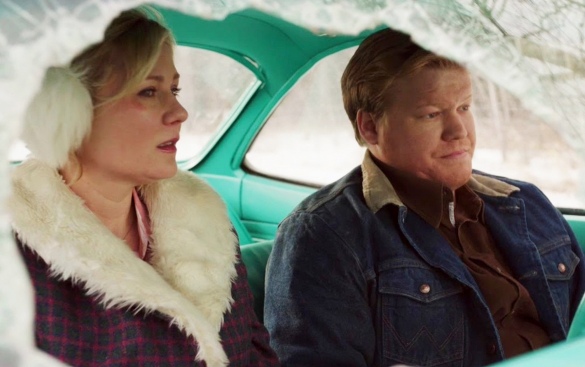 It’s the most talked about drama this year. If one more person looks at me wide-eyed and says – What do you mean you don’t watch Fargo – you must! – I’M GONNA SCREAM. Ahhhhhhhhhh

Oh Chairy, you betray me!!!

….Because c’mon, you HAVE to watch FARGO. Then you’d understand. Though remember when she burst on the seen as a young girl in INTERVIEW WITH A VAMPIRE? I do. Again, look it up.

OSCAR ISAAC, Show Me a Hero

Because FARGO has to lose in some category and Mr. Rylance is that good in everything he does.

BEST PERFORMANCE BY AN ACTRESS IN A SUPPORTING ROLE IN A SERIES, LIMITED SERIES OR MOTION PICTURE MADE FOR TELEVISION 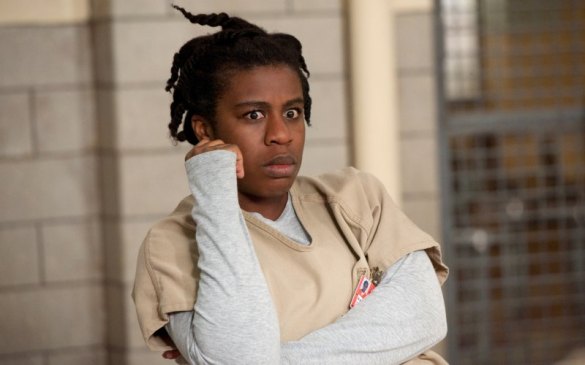 How do you not give DOWNTON ABBEY something? Talk about international appeal. Not to mention – it’s Anna.

BEST PERFORMANCE BY AN ACTOR IN A SUPPORTING ROLE IN A SERIES, LIMITED SERIES OR MOTION PICTURE MADE FOR TELEVISION 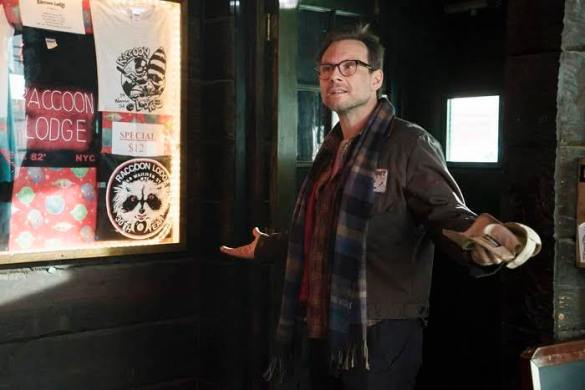 What about my comeback?

I actually saw all of Bloodline. If there ever were an award-winning type of role, Mr. Mendelsohn had it – and delivered. The others will have to make do being in his company this year.

OKAY – SEE YOU ONLINE where I’ll be live tweeting at: @NOTESFROMACHAIR. Tune in!!!