Music is a touchstone. But many young screenwriters I teach have confessed to me they have previously been instructed NEVER to put a song reference in a script because they will limit or confuse a reader who may or may not know the song or the group they’re talking about or will be taken out of the moment by a tune that will probably never wind up in the movie anyway.

The above advice is, of course, ridiculous. Music has always been a great connecter and the perfect evocation of a mood or moment in time that all the talk or visual images in the world can’t muster. It is true that if someone doesn’t know a song a reference to it will not put them in the mood or mindset you intend. But if you go with your gut and choose wisely that song most certainly will do the job when they get to HEAR it – which is the point of writing musical references to begin with. And besides, any artistic moment in time needs all the help it can get.

Which brings us to #GrammyAwards2015.

As a resident of the west coast who is not in the music industry and therefore not present at the actual live ceremonies, I was three hours late to the party thanks to the greed and hubris of CBS. As the official broadcaster of said ceremony, the network has decided that unlike the Oscars, Emmys and Golden Globes they have no public obligation to share the music simultaneously across the world – or at the very least, the country.

Knowing full well that the primary reason people watch a music awards show is for the performances and not the actual awards, CBS instead chose to delay their west coast broadcast in order to sell more prime time ads and create a greater revenue stream for itself. This is, of course, the network’s prerogative – but only for the time being.

There is a power shift going on in how and where and when we get our entertainment. And that shift is going back to the consumer, which means that before long every event of any importance will be available simultaneously in most time zones. It might be five, ten or 20 years away but the corporate world – which these days includes entertainment and even politics – knows deep down that the party is essentially over and that changeover is causing major and minor freak outs as well as corporate and personal misbehaviors everywhere. These manifest themselves in little bouts of broadcast hubris as well as false and outrageous public statements from people, politicians (Note: No, they’re not the same thing) and various organizations about everything from vaccines to international terrorism, before segueing into mass media hysteria over the possible gender change of an Olympic gold medalist or the newsiness of just what the historical accuracy is of any number of Oscar nominated feature films this year whose only real sin is failing to announce loudly enough its claim that it is merely “based” on a true story.

On the flip side, which of us hasn’t found it a little bit more than fun to live in an age when political gaffes and cultural injustices aren’t events so easily handled?   Truth be told, there is some infinite joy in knowing that eventually Twitter, YouTube and Instagram will provide the real images, observations and videos of said events or thoughts rather than the pre-packaged or approved ones we’ve mostly been previously granted by the gatekeepers.

I guess I’m gloating but it can be quite entertaining to watch more than a few members of the status quo squirm as their grip on power unwittingly gets pried out from behind our necks. Still, the new scandal du jour of something like NBC anchor Brian Williams exaggerating being shot down in Iraq during the previous decade or fictionalizing a case of dysentery in order to make his Hurricane Katrina reporting more dramatic during the Bush, Jr. presidency is almost quaint at this point. I mean, the one thing we all know these days is that EVERYONE exaggerates a bit – it’s just a lot easier to get caught.   Yes, it’s true – the public already does know that even if the bosses in power don’t.   This is not to excuse the lie or the liar or even to condone that mode of behavior.   Only to acknowledge that we mostly understand that we – most of us – are, in at least some occasional cases, a bit hypocritical, indelicate with our opinions and guilty of bending reality ever so slightly and more – whether national, international or not – whenever the mood hits us.

The new normal today is the degree of the lie. Which is why awards shows are so terribly fun to watch – even when a power broker like CBS doesn’t allow you to view them live along with everyone else.

The craftsmanship of a successful artist’s image is often painstakingly and precisely planned, executed, buffed and shined before you and I get to experience it. But how the famed act in public when they have to be themselves onstage at a live event cannot be any of the above by its very nature. Oh, a person can sort of present a terribly rehearsed version of themselves but on a live show the rehearsal is often fodder for the real show on social media. Sure, he or she or even they can do a bit better fooling us when entertaining live – if indeed that is their profession and they’re good at it. But on the other hand, those who have been auto tuned, or have had their public images sculpted up a bit too brightly become as transparent as an overexposed X-ray held up to the light. Which is more than apt since the people we’re talking about have often been far too overexposed anyway. 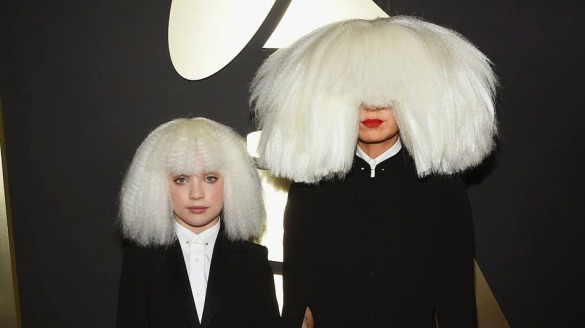 Or a little underexposed if you’re Sia.

Watching this year’s Grammy awards I couldn’t help but feel like I’d be a bit like the star of Gramps Goes to the Movies – catching up with what the young-ins are doin’ and listenin’ to or watchin’ it three hours after the fact or perhaps even a year after my own figurative children’s children had first gotten wise to it.

But then I look up at my TV and the 1970s hard rock band AC/DC – a group I managed to avoid during most of my natural adolescence – are doing a five minute opening number.

What year is this? Am I a teenager again? And what time is it? Don’t I still have math homework to get through? Or perhaps it’s CBS again – playing a cruel trick on the left coast and switching programming back 40 years in order to appeal to its key heartland demographic where presumably they all still do listen to that group. 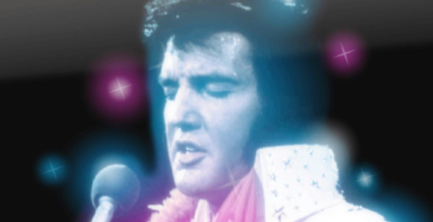 Performing at next year’s Grammys

As it turned out it was none of those. Only that the actual Grammy broadcast was clearly not hip or even unhip. It actually simultaneously managed to be a hybrid of both and neither. There was something for those of us in or moving into AARP range, others who are indeed still teenagers and the rest of you who fall somewhere in between. In its own odd way, its musical acts, award choices and onscreen behaviors amounted to nothing consistent or at times even decipherable.

This is not say to it wasn’t infinitely entertaining at points or that it failed to reach some quite high moments in others. It is only to note that try as they might to manage it all into something slick and pre-packaged it was actually all kind of a big, engaging mush of truth, fiction, fabulousness and confusion. Sort of like sifting through Twitter or Facebook for too long – but then realizing you’ve both enjoyed and wasted three and a half hours of your life in what seemed like 33 and a third minutes. Not to date myself.

Those of you who didn’t watch along with Grampy Chair or Great Uncles AC/DC can certainly revisit the highlights on the social media platform of your choice. Though I can save you the time with a few thoughts and links to some bottom line highlights. 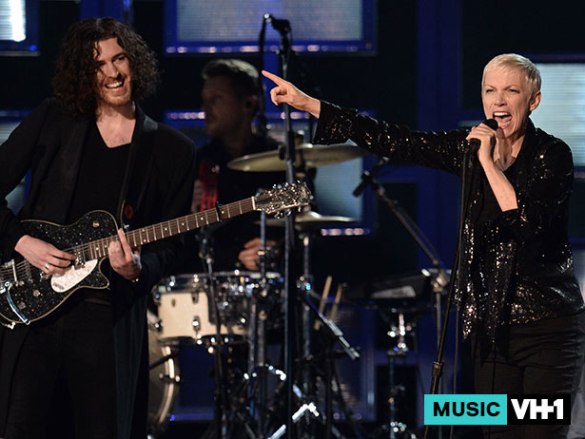 But hey – that’s just me. And this year’s Grammys. Three hours late. On the west coast feed.