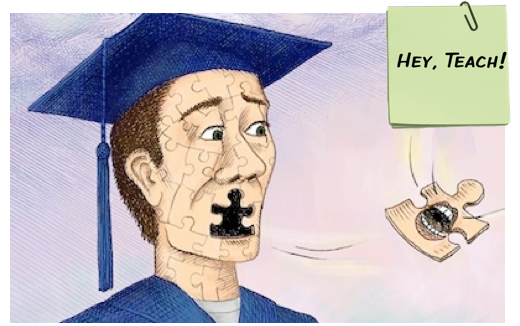 There’s been quite a lot of swill in the air lately about political correctness. Mostly on how our society has devolved to the point where you can’t say anything anymore and how the nation’s college campuses have greatly contributed to this trend with affirmative action-based helicopter parenting under a doctrinaire, left wing manifesto of bland, overly sensitive inoffensiveness.

Bull crap.   Or horseshit if one prefers the non-p.c. version of bull crap.   And this is particularly the case when it has to do with college campuses and, more broadly, the millennial generation.

Interestingly enough, a lot of this criticism has been coming from any number of aging baby boomers that are no doubt pissed off at a slightly more benevolent world (well, in some sectors) that they no longer understand and thus feel excluded from.  Or perhaps now that many have college-age children, or need them in their audience to stay relevant, they simply mourn the days when they (or others) could utter a racial epithet, gay joke or sexist remark without having their reputations twittered to death all over the world. Though they could simply resent the fact that their kids don’t have to endure the hard knocks that they believe made them into the strong, successful adults they are today. It could be just that. 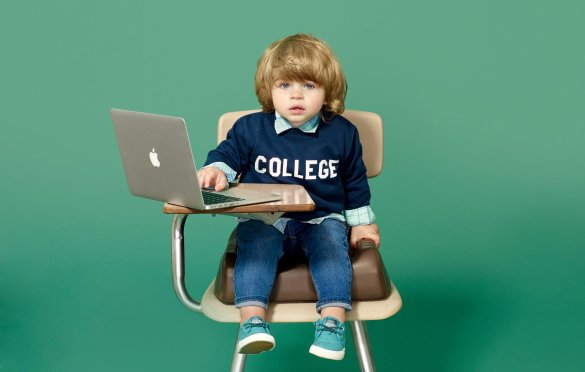 Is this how boomers see millennials?

I feel like I can say this because I am a baby boomer. I am also a college professor who gets along quite well with my students – even when we vehemently disagree – which we often do in everything from movies to politics to Beyoncé (Note: Don’t hate me, she’s talented but I just don’t get what the big deal is).

Still, I find a great kinship with them because in some small ways – even if only generally – they seem to be living their lives by the sort of mythical moral code that was set forth in the 1960s in Broadway shows like Hair and albums like the Beatles’ Sgt. Pepper’s Lonely Heart’s Club Band. That would be a world where it was not cool to disrespect people of other races, sexual preferences and religions “just because” you want to make a point and are too lazy or annoyed to do otherwise. For these views, some of my students have granted me honorary millennial status. Though I’m sure in the minds of many of my fellow boomers I am simply the cause of their limited thinking – exhibit A for why our educational system is a disaster and, in turn, our American Empire will continue to decline. How can you lead when you’re so willing to go the extra mile for peace of any kind? And how can you wind up being #1 when you make a conscience choice to use equal amounts of intellectualism, heart and reality to make the most important decisions in life?

How? The same way Barack Obama was elected president of the U.S. twice. And why he would probably win a third time. The. World. Has. Changed. Have a seat or deal with the alternative. The latter is the option almost everyone I know 55 or over is desperately trying to keep at bay these days – irrelevancy, death or, perish the thought, The Republican Apprentice. (Note: Yeah, you know who I mean. Don’t make me say it). 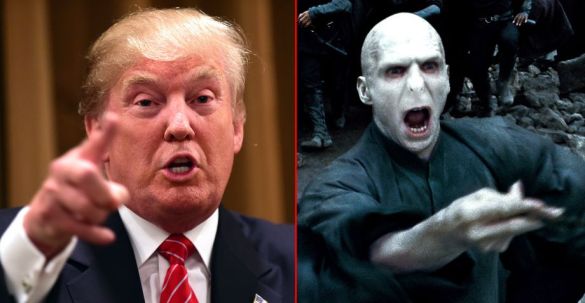 He who should not be named

Here are two articles that surfaced this week in The Atlantic that brought this on, were forwarded all over the web and much discussed on TV and the media platform of your choice.

The Coddling of the American Mind – In the name of emotional well being, college students are increasingly demanding protection from words and ideas they don’t like.

As refutation to these I would offer up a third piece in Vanity Fair this month entitled,

Tinder and the Dawn of the Dating Apocalypse

It will reassure anyone who believes recent college grads have a too-politically correct view of the world or that sensitivity TRUMPS boorishness.

The four writers of these pieces – three of whom are boomers, the other of whom is merely 41 years old – were on various news and entertainment outlets promoting their work, including HBO’s Real Time with Bill Maher.

The fifty-something Caitlin Flanagan (That’s Not Funny) essentially covered the National Association for Campus Activities annual convention in Minnesota where 350 colleges came to book numerous acts, including comedians, for appearances at their schools that year. Essentially, she seemed in shock that two white students from a college in Iowa didn’t want to hire one of the convention’s most popular performers – Kevin Yee, a gay comic with a Broadway background who closed with a song about a gay man and his “sassy black friend.” Yes, he got hired by other schools but – Imagine, they thought the kids at their small Midwestern school wouldn’t get what he did??? How PC of them!!! 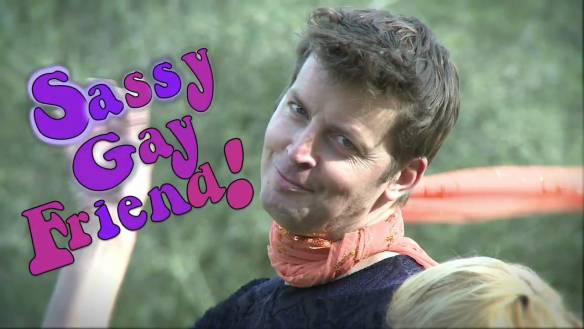 The writer and Mr. Maher essentially backed up that and numerous other groundbreaking revelations with quotes from comedians like Jerry Seinfeld and Chris Rock, both of whom recently noted they won’t play college campuses anymore because the environment is too-PC.

Question: What Jerry Seinfeld joke could possibly step over the line of political correctness?

Answer: Well, it was actually a line where he says people are scrolling through cell phones these days like they’re a gay French king. Right. Okay. Judge for yourself.

Full confession: I didn’t think it was funny because it was perpetuating a straight guy stereotype and had no context within the rest of the joke. Yet when an edgy comic like Lisa Lampanelli rides the gay guys in her audience by calling them “faggots” and insults the sexual appetites of her GBF (Note: Uh, gay best friend?) I’m on the floor because in that same moment she lets us know where heart really is.

More troubling is the idea in Coddling, which bemoans the fact that certain words and phrases that either are or can be perceived as sexist, racist, or homophobic are listed as microagressions and discouraged in college classrooms. That is unless they are put into context. The authors vehemently write this way of thinking contributes to students being in a constant stage of outrage, even towards well-meaning speakers trying to engage in genuine discussion. They further argue shielding students from this is bad for the workplace and…bad for American democracy, which is already paralyzed by worsening partisanship.

Here’s the thing. No one is saying you can’t use most words or phrases in a campus-based discussion – only that in an open learning environment what you say is positioned in a context. What makes colleges special is that they are a safe space where you can discuss tricky issues in a way that is too often NOT done in the real world. Does this mean college is NOT the real world, and sensitive matters demand guidelines upfront, especially for 18-22 year olds? If we’re at all to cover new ground and empower them as they get older to create new and perhaps even more innovative ways to move society forward in any sort of productive manner — Yes. 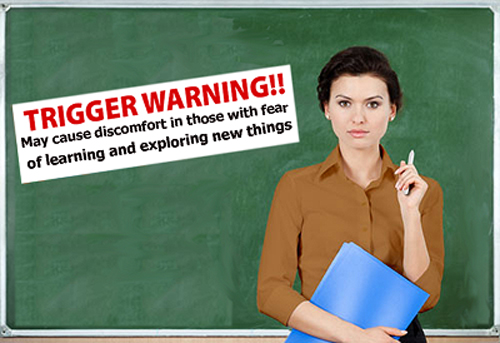 Of course, there’s another reason for this – words change. When I was in elementary school African-Americans weren’t even called Black people, they were Negroes. Actually, THE Negroes. That’s also the term Martin Luther King used in his I Had A Dream Speech. Not to mention queer was an insult to gays – who at best were referred to clinically as The homosexual. Yet queer has been adopted by many under 30 in the LGBT movement as their current word of choice. Not by me, of course, because, well, I AM a BOOMER. 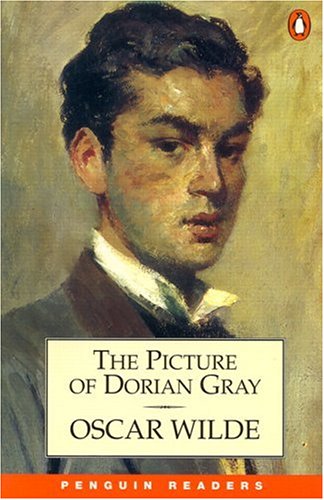 Oh – and lest any of us forget – the time period I’m referring to was also a time where crude sexist men could diminish a woman’s thoughts or questions by saying or even implying she was having her period. What’s that – you still can? Oh.

The final refutation to all of this should, of course, rightfully come from the millennials themselves. This is what you will get when you read about the group of Wall Street, marketing and other types of college grads as they wax poetic about scrolling through pages and pages of nubile, sexy or otherwise available young prospects on the dating app Tinder even as they are sitting in a bar with other real live prospective sexual conquests right there before them. One guy in the story bragged he slept with 5 women in 8 days – Tinderellas, he called them – noting with those numbers you could rack up 100 girls you’ve slept with in a year! Another guy said he scored 30-40 per year via Hinge, another app, by selling himself as a boyfriend kind of guy even though he wasn’t and had no intention of changing. (Note: In fairness, Mr. 100 did chastise him by saying, ‘dude, not cool.’). 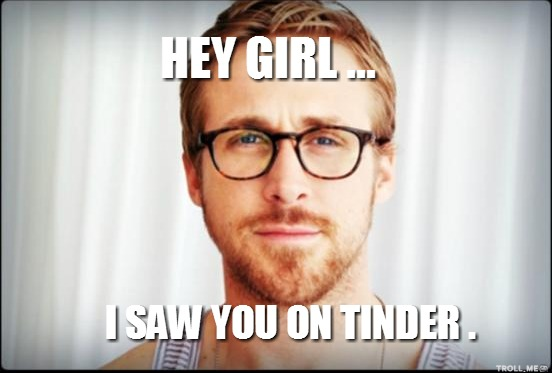 Don’t go looking for the Goslings

This is not so much the end of the world but a mere continuation of the one they inherited. When I was a younger gay man I couldn’t understand the idea that when you picked up someone at a bar you called them a trick – as if you were a prostitute turning over customers. To me, it devalued the sexual act and myself as an individual. Of course, that was my feeling and hardly anyone else’s. I remember being called a nun, part of the skirt and sweater set and by one boyfriend, hopelessly middle class.

Yes, I’ve written about him before and he called me that a lot. I suppose there are worse things. In fact, I know there are. But you can’t say them to someone on any number of college campuses. Thank God. God, that is, as you know Him. Or Her. Or even if you don’t.