“The road to hell is paved with good intentions” – or so says an 11th century proverb. But does that mean there is no value at all to erring on the side of positivism and kindness? Hell, if I know.

What I think, as a former movie critic and perennial critique-er of all things pop… well, let’s just say ALL things – is that we all carp way too much and should or could be a hell of a lot nicer. Still, what fun is that???

Competitions, contests and best of trophies date back to ancient times when Roman warriors really did fight to the death – and for what? The thrill of the crowd? The spectacle of macho-ness? Under order of their Emperor? Well, perhaps it was all three. At the very least they must have gotten a cool trophy and some cash prizes. Or so one hopes.

Actually, as it turns out Roman Gladiators who were victorious did receive money for each win. As well as something called a laurel crown. And guess what, they also got saluted in public!

Of course, the top award, which was not given all the time, was a wooden sword. This meant a permanent pass discharging them from the obligation of fighting. Yes, that’s right. Back then competition was required. You couldn’t actually sit it out if you thought awards or the powers that be in your industry were dumb, stupid or both.

Question: Is that any different than today?

You did realize we were speaking about the Oscars, right? Because you might have thought we meant the presidential race, which no one seems to be sitting out – at least on the Republican side.

Even the Chair forgot about me

Well, let’s leave politics alone for the moment and stick with show biz since the Oscars are little more than a week away and the results far less costly for the rest of us.

Of course, the Oscars are only the largest and most regal example of entertainment award-giving and therefore the easiest example. In actuality, this applies for everything from the Razzies to the Golden Globes, back to the Saturns, down to each and every DGA, WGA, SAG, CSA citation and on through a variety of earned or faux career/life honors that seems to occur at this time of year at each “A,” “B” or “C” list film festival across the country.

If you think awards are not a marketing tool then you either had the same childhood as I did — where you spent too much time staring at a screen and dreaming of holding one of those shiny objects in your hand, or at least wearing some sort of crown or tiara in front of the mirror – or you work for one of these organizations. This is not to say that any of these honors are absolutely unearned. Only that it’s no coincidence that they occur in clumps and often around either the release time or Oscar window for each recipient’s individual star bid that same year.

Are the Oscars nothing more than a contemporary version of a laurel crown? Sort of, yes. Not to mention, they do carry a cash prize. Ask any agent in town and they will tell you a nominee or winner’s asking price and in-demand quotient often doubles, triples or more in the immediate aftermath. Which doesn’t necessarily mean the awards, nominees, recipients or entire process deserves our unyielding criticism. In some ways, it’s just the opposite.

Or in some cases, they still get paid less. #PreachJLaw

In gearing up for the annual notesfromachair Oscar predictions next week I began going over the list of nominated movies and reflecting on several other films I’ve seen in the past week. I’ve found fault with a lot of them but in all honestly – are any of them just, well…AWFUL?

I’ve snidely noted that Todd Haynes’ Carol was like watching paint dry over the same scene in a two-hour loop. I’ve also told people The Revenant had story holes and believability issues so big they could rival any speech or even small statement given by The Republican Apprentice (aka our likely 2016 Republican presidential nominee). 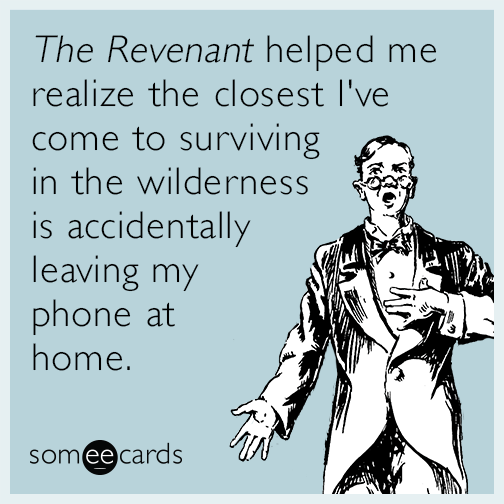 Today I wondered: Chair, who are you to judge? And why? You of all people know how unlikely it is to even be in a position to make either of those types of films – not to mention how rare to have them emerge with a few memorable scenes that elevate them to high profile status.

Then I began to ponder: Am I just getting soft in the fast-advancing global warming age?

Well, perhaps it’s a little bit of both.

I still stand by my recent comments to anyone who would listen about the Coen brothers Hail, Caesar, when I referred to them as the most withholding filmmakers of all time. This was for a narratively flawed movie that was so intent at denying any audience satisfaction or slight emotion that they couldn’t even give Channing Tatum a big finish to an otherwise fantastic MGM-styled musical dance number. 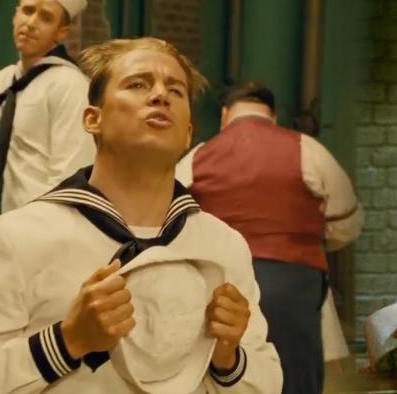 Not to mention that hair… #ohgawd

However, a far more intelligent friend of mine recently pointed out that maybe that IS their point – a critique of melodrama and emotionalism in American movies. Sure, it’s not my thing but, well, perhaps it’s yours. Or…someone’s? (Note: Okay, yes, that’s the best I can do right now).

Then this week I watched a really solid satisfying film written by another friend of mine about the rescued Chilean miners called The 33. It had been pulled so quickly from local theatres this fall that I missed it yet viewing it now I couldn’t help but wonder – why not more love at the time of its release? It’s action-packed, emotional and well told. Certainly more than anything Michael Bay’s done of late. Or ever.

Oops, there I go again. See how insidious this all is?

I guess the bottom line is you can be harsh and bitchy all you want but that doesn’t mean you’re 100% correct. You might actually only be 75% right. Which doesn’t mean I’m going to sit through Transformers 4 again anytime soon. But I will consider the possibility that Mr. Bay could indeed one day make a movie that I might not hate. Sort of. Which would be a huge leap of faith for me.

Ditto goes for this year’s Oscar contenders. Let’s all go on record that all eight films nominated for best picture aren’t garbage. In fact, all have elements that make them good enough to be there. Except…..   Yeah, even that one, I can see on the list.

I’ll leave you to your imagination….

Though don’t take that to imply that I support the Republican Apprentice to be on any list except one of insanity. Actually, I take that back. I have been insane myself and know a few insane people I like very much – and I don’t care to insult them. True, I might be softening but that doesn’t mean I’m turning my back on all of my core values.