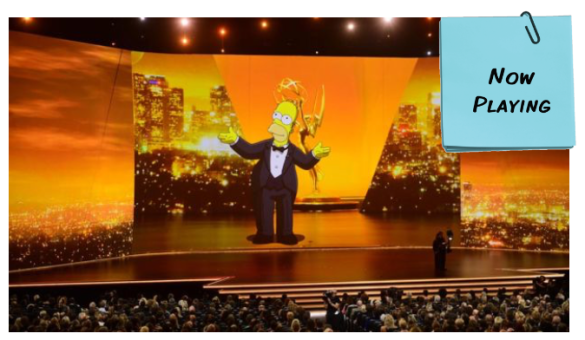 The 2019 telecast of the Emmys will probably be remembered for three things: 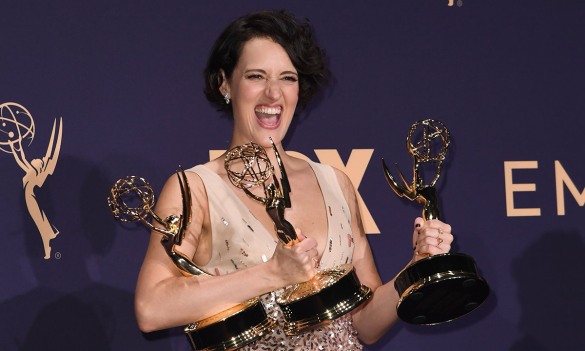 To be sure there were some high notes:

– Billy Porter became the first out Black gay man to win Best Actor in the first series ever on network television centering on the trans community. 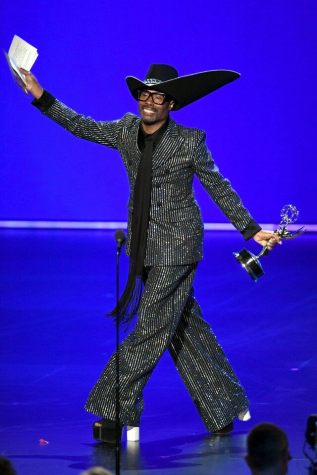 – Comic moments by two television legends, 90 year old Bob Newhart and 97-year-old Norman Lear, that left almost everyone else in the dust.

– The youthful exuberance (and humility) in the acceptance speeches of Jharrel Jerome (When They See Us) and Jodie Comer (Killing Eve) when they were rightly (and a bit surprisingly) honored as outstanding lead actor in a limited series and outstanding lead actress in a drama series, respectively.

So why did the show itself alternate between being a rudderless mess and a crushing bore???

Sarah Silverman during the Emmys has never been so relatable #ILoveYouSarah

A host might have helped, though that’s not a guarantee. Maybe…the right host, then? Of course, that would likely mean finding someone who appears on a Fox show since each time a network gets its turn broadcasting the Emmys it seems to only want to employ one of its own to appear center stage.

It’s not that Seth Meyers, Jimmy Kimmel, James Corden, Jimmy Fallon or even Carson Daly 2015 could have guaranteed a better program. But perhaps they might have offered a…. fighting chance?

Why the shade, Chairy? #ahem

Are our television fiefdoms now as polarizing as our politics? #UBetTheyR

(Note: How else does one explain Tim Allen showing up and landing like a thud in the middle of nowhere to plug the last season of his Fox series, Last Man Standing?) 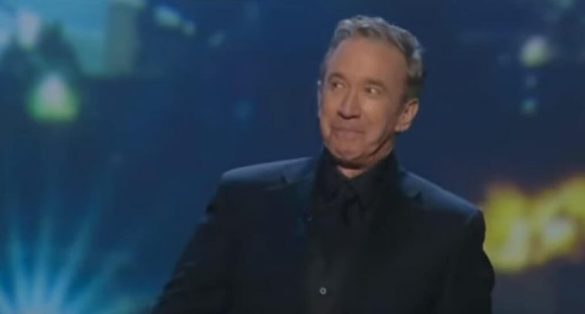 Still, even without a host you knew we were in trouble when an animated character, aka Fox’s own Homer Simpson, showed up in the opening as a kind of faux host only to be leveled into the ground and disappear. His duties were then taken over by blackish’s Anthony Anderson in an embarrassing routine where he and his Mom steal several Emmys and put them in her large purse in order to presumably smuggle out of the theatre.

Did someone actually write a bit where a person of color was stealing someone else’s awards with a family member on national television?

When Anderson then passed the faux host torch to Bryan Cranston I thought perhaps it was just me having a drug flashback to my Breaking Bad television binge watching days in a much simpler time. Alas, this was not to be.

The minutes and hours wore on and our patience began to wear thin. Why did everything feel just plain off and weird? Like a high school dance where I thought I was wearing a great outfit but the pictures revealed otherwise, it all seemed ill fitted and pimply-faced.

Me watching this Tik Tok bit at the #Emmys pic.twitter.com/voEqA4hpU3

The LED set flashed frighteningly oversized still photos of nominees as someone announced their names from backstage and in another moment would suddenly turn into an assaulting piece of Game of Thrones scenery/logo or an electrically insistent pastel hue that picked up the color in some presenters’ outfit. 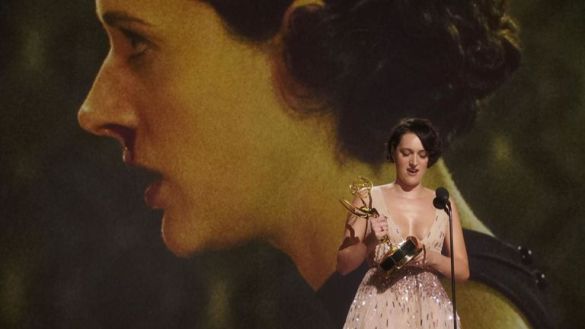 Like.. did we need to see Fleabag’s bloody nose?? #whatweretheythinking

At one point there was even a musical number where a gold gowned person with a Meryl Streep mask could be seen juggling bowling pins. I couldn’t swear they were bowling pins or even a female in the gown but I do know I saw the image a second time just before the show cut to commercial.

Given television’s penchant for reruns it might have been nice to relive at least a few more clips from the very best of television in the past year. We were told by Television Academy chairman Frank Scherma that we are now in the PLATINUM age of TV and yet clips from the best of 2019 were few and far between while those that were shown were so short as to come off as practically unintelligible. 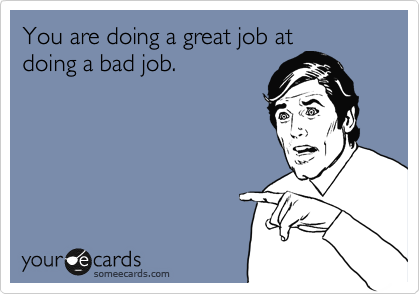 Me, to the producers

With TV this good, here’s an idea for next year. Just give us more of the best of and get a witty host or a smart host or maybe even a live action host who’s merely smart enough or only slightly witty.

Until then, we can entertain ourselves with tons of award winning/nominated 2019 TV we might have missed. That would include:

1- Every episode of When They See Us, Chernobyl, Fosse/Verdon and Succession for dramas. (Note: No, they are NOT too depressing and/or off-putting).

2- Every episode of Fleabag, The Marvelous Mrs. Maisel, The Good Place and Russian Doll for comedy.

Aside from fashion and hate watching, they’re the real reason awards shows like Emmy2019 exist. Or used to be.

Editors Note: The Chair’s predictions scored a 16/27, which is approximately 59% — still better than Electoral POTUS’s approval rating, so we’ll take that as a win.