Sometimes truth is, well, too truthful.

Stuff happens in real life that you wouldn’t dare make up. On the other hand, there are a number of stories that ring hopelessly false.

It is the job of a writer to be able to navigate events, turn them into stories and convince you that the false is indeed true, the truth is actually quite false and that, in the end, it really doesn’t matter because every yarn we spin (not to mention everything we ever tell you in real life, but that’s another story) will contain elements of both.

And really, what difference does it make as long as you were entertained, i.e., laughed, escaped, brought to tears, learned something or just distracted from the inevitability of those looming Swords of Damocles hanging over your head that you do your best to never have to think about.

We Americans have showered the world with our ability to produce mass entertainment to worldwide audiences for decades.   We’ve had a knack for creating unreal reality in a way so specific, personal and sometimes quite silly or tragic that most of the planet couldn’t resist and even aspire to create the kind of yarns that we were selling.

One could argue that we’re still doing it now with the much too true as to be false, bizarre shit show of what is passing for our government. But let’s #Resist sidetracking down that rabbit hole of crazy just this once. 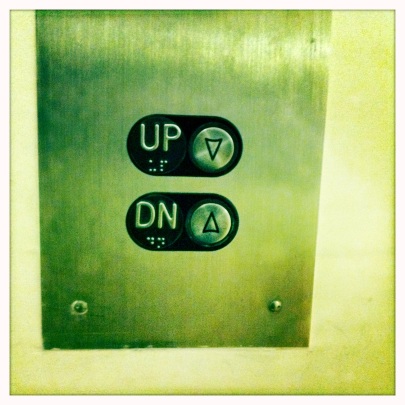 Except to say this –

When people stop trying to decipher fact from fiction they have become patsies to adept storytellers. Like a well-trained hypnotist, we can seduce you into believing ANYTHING, and if we’re good enough and experienced enough, you could easily wake up fleeced of your valuables.

Quicker than a game of 3 card Monte on the streets of Manhattan. #LetTheTouristBeware.

If you don’t believe this is true – that a plurality of the U.S. are perhaps getting fleeced of their money, their values and more than likely their democracy by a flim-flam demagogue – then you are discounting the power of stories and even the moderately talented storytellers.

This passes for logic

Meaning – this is not about kids in cages, the right to choice or life, more cash or factory jobs per family. It is also not about the gaying, browning or Sodom and Gommorah-izing of our culture felt by a plurality of left-behinds or gimme mores.

In fact, it is about the plurality of those people, and perhaps more, falling for the outrageous and often non-specific solutions to those issues by a charlatan/storyteller. (Note: We storytellers are ALL charlatans of a sort).   Ask any decent writer or weaver of tall tales when they’ve had an extra glass of wine, or at 3am post coitus, and they will freely admit that all they do is take some combination of truths – that is to say people they’ve met or incidents they’ve witnessed or heard about – add a few of their own secret spices – and voila – you are in the palm of their hands. Or worse.

Live in your truth.. and lies

It is not their muse, their magic or their superhuman ability to problem solve for a generation of audiences.

It is, instead, a SKILL that is practiced. A TALENT that is honed through experience and failure. All in the package of a person/storyteller that is so dogged and determined to be THE PERSON to manipulate you into their world – to CONVINCE you of something you NEVER thought of – and often for their own benefit – that you will actually PAY them for the pleasure of being lied to.

Yes, lied to. Meaning manipulated into a world with a specific point of view of THEIR world as it applies to you.

can’t really argue with that math

There is, of course, nothing wrong with indulging in this kind of sorcery either by yourself or, if the stories are commercially mainstream enough, with your entire extended family.

But it is absolutely LETHAL to voluntarily line up in real life and swallow the entire magic show. No lady gets sawed in half and really lives.

No glitter-costumed young woman doesn’t bleed to death when she’s pinned against a dartboard and someone hurls knives at her head.

And if you think you can eat fire or be shot out of a cannon using just any blade or your enemy’s artillery fire of choice, know you will not live long enough to ever see Paul Rudd age OR know the results of the Mueller investigation. (Note: Whichever comes first – your pick – but I know which one my money is on). 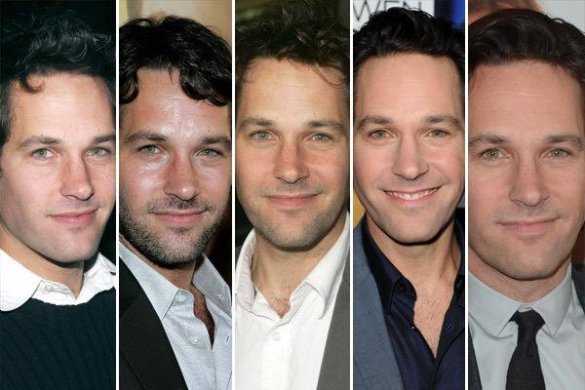 These pictures span over 20 years.. so I mean, I think you know the answer #paulruddisimmortal

If you still doubt any of the above, take this dare. This week go to Netflix and watch:

Nanette – A 70 minute show by monologist/storyteller Hannah Gadsby that is unlike anything you’ve ever seen and yet, oddly familiar.

Or to Amazon and view:

Both of them are superior works of art done by master storytellers who will recount for you a series of absolutely true events, some of which might seem strange but all of which will likely feel both real AND familiar.

Then it will be up to you – when they’re over and your mind is clear – to put your hand on a bible or swear to a judge on the record in a court of law what exactly IS true, IS false or exists in some seductive faux nether region in between.

What should instead be more scary is when this kind of challenge is posed to us by news stations and/or elected government officials who masterfully and daily lure and tempt us with manipulated truisms masquerading as stone cold facts.

Oh there’s a lot of interest

The type of stories they offer are not mere entertainment but an especially complicated mix of false, true and in-between hybrids specifically designed to persuade us all to make REAL LIFE choices that will change not only our lives but tens of thousands, perhaps millions, of others all around the world. And not necessarily for the better.

And they are nowhere near as amusing or thoughtful as either Nanette or A Very English Scandal.  Not even close.

Of course none of that matters if enough of us buy what they’re selling. An especially troubling thought when one considers the most popular form of American entertainment has always been escapist.

Annie Lennox – “I Put a Spell on You”