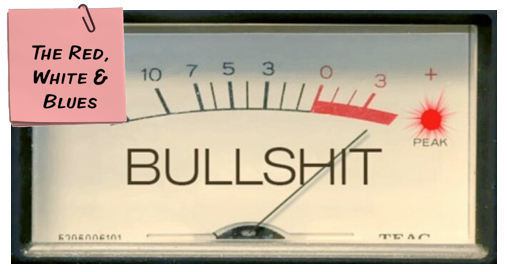 There was no such thing as SPIN when I was a grad student in journalism at Northwestern University.

No really – there wasn’t.

Oh, there were lies and bullshit and half-truths – sometimes by interview subjects, almost always from public relations flacks and, on the most difficult of stories, a consistent combination of all three. But our job as journalists, we were told, was to sift through ALL of the information and present the facts of a story, as we understood them, in the most coherent way possible so our readers could then draw their own conclusions.

OK, this method was frowned upon

– There were no alternative facts.

– There were no versions of Fox News and MSNBC with commentators telling us versions of the story we wanted to hear.

– There was no social media from which to consume fake news and no politicians or public figures in this country who would dare to deny even the most basic rudimentary truths that everyone knew were, well, TRUE.

That was what it was like in the late 1970s – a few years after Richard Nixon resigned in the wake of his knowledge, involvement and lies about Watergate and the dirty tricks he employed in order to win his election to the presidency.

There was a demand for truth.

One wonders if that is even the case these days since there are so many more pleasant alternatives regardless of what side of the political or moral spectrum you are on.

— It is much more pleasing to believe that global warming is inconclusive or even a hoax by elite scientists than to believe the Earth’s temperatures will make our planet uninhabitable by the end of the century.

— It’s also much more desirable to believe this doomsday scenario is nothing more than a liberal talking point than to acknowledge an exhaustive research report from our 13 government agencies that conclusively acknowledges our rising temperatures are, indeed, man made.

Nothing wrong here. Nothing at all.

But no need to stick merely to politics.

— Who in Hollywood wants to believe the 57 women and counting who have accused one of our most powerful industry figures over the last three decades – Harvey Weinstein – of various combinations of rape, sexual abuse and sexual harassment?  Even if you loathe him, and many did long before this came to light, how do you acknowledge the community was so scared silent about his actions for so long when you were one of the many thousands who heard the rumors?

Are our careers all that much more important to us? 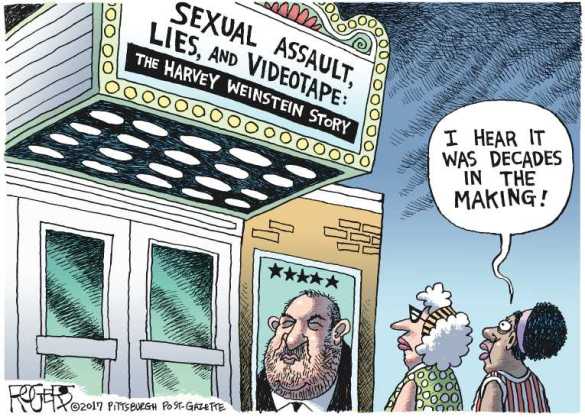 Yes, that was rhetorical.

— But if you don’t want to answer that then do answer how everyone could’ve heard about, and in many cases witnessed, Kevin Spacey’s thing for young boys for all those decades and done nothing? (Note: See Bill Cosby. Or so many others).

And while we’re shedding a light on my fellow liberals – Hollywood and otherwise – let’s talk about some spin on something far less serious.

Excerpts of Democratic National Committee chairwoman Donna Brazile’s new book have just come to light and in one of the most publicized sections she writes about how she considered replacing Hillary Clinton as the 2016 Democratic presidential nominee, less than two months before the election, after Mrs. Clinton fainted going into a limousine following her attendance at the NYC 9-11 memorial ceremonies. 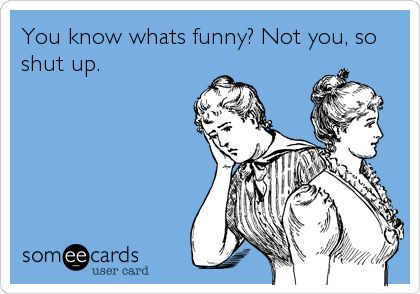 Really not the time for this Donna.

Not ready to buy my t-shirt quite yet

Research and analytical skills are important but so is context, instinct and experience.

As adults, we’ve all been human for more than several decades so it is in all of our collective powers to surmise THE REAL TRUTH when something doesn’t sound or feel right.

We might not have the journalistic patience or skill to prove our cases for all of the above but we can use reason to decide for ourselves exactly when we’re being spun.

If many of the top people in the very American company you co-owned were proven to have met secretly with numerous Russians yet professed no memory of those meetings after first publicly denying them, would you believe them?

Are we all in a Men in Black sequel? #20yearoldMovieReference

Or would you think you were being spun in an adult version of that nauseating amusement park ride you were barely able to endure as a child?

A talented writer friend of mine named Mikko Alanne, who also happens to be a former student at the college I teach at, created the eight-part National Geographic miniseries The Long Road Home. It debuts on Nov. 7 and is based on ABC reporter Martha Raddatz’s best-selling book that takes you INSIDE the U.S. involvement in the post-Iraq War in 2004.

The show is riveting, dramatic and sometimes difficult to watch because it shows us the real HUMAN cost of war and death and bloodshed and ideals – on all sides – and allows the audience to come to its own conclusions by re-enacting just the FACTS as much as possible. Without spinning.

Yes, stories are condensed and judgments were made. It’s certainly not a documentary and definitely not a literal re-enactment of EVERYTHING that happened. This is not the purpose of television or even film drama, whose objective is merely to get to the SPIRIT of what is true as it entertains and hopefully, in some way, informs.

I’d settle for that instead of what we’re being fed now by too many real-life sources. The half-truths, the lies and the ongoing general line of bullshit is making not only us but all of our heads worldwide spin so fast and so quickly that it really is as if we are all on one giant collective Tilt-A-Whirl ride with no way to get off.

Try not to hurl

But as any adult knows there is always a way to get off.