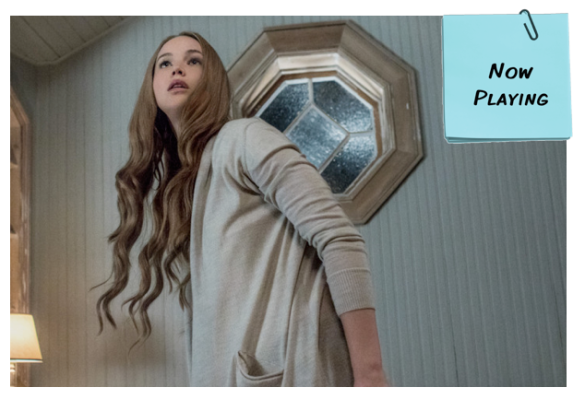 Everyone who makes movies in Hollywood these days is an artist of some kind no matter what anyone thinks. Try working in any department on a film and you will see artistry at work. Sure, it might not be to your taste but it’s there.

Still, most people in the business would privately admit there is a very, very small group of writer-directors whose every movie – consistently and with dogged resolve – are always reaching for a lot more than commercial success or to tell a simple story with skill and creativity.

These are people who understand the economics and plot elements of the business but also aspire to do go out on a limb and add elements to their work that you not only never saw before but never in your wildest dreams imagined.

They seek to tell a story that will always blow you out of the water, that often can’t help at points to confound, offend and most importantly – despite your reaction –cause you to think about what they’ve presented whether you want to or not. Whether you like it or not.

These filmmakers are our current UBER artists and Darren Aronofsky is one of them. 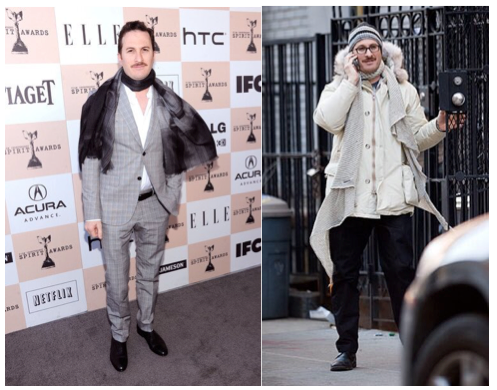 A lot has been written about his just released Mother!, starring Jennifer Lawrence.

Well, you can fill in the blanks. 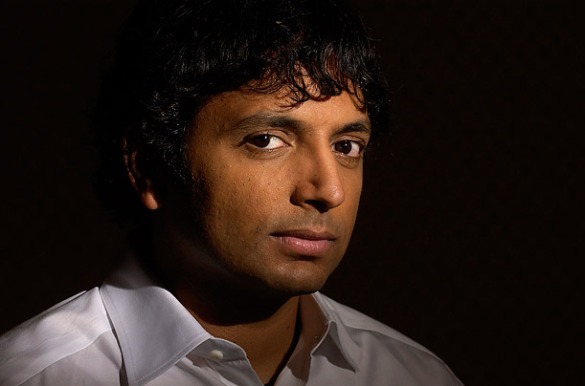 No please Chair, go on. #mnightknows

But the problem with all of the above is that they are irrelevant and beside the point.

And most especially, particularly in the case of the latter, are a whole lot of:

Yep… that’s what I smell

I saw Mother! at a screening at the WGA Friday night and for the first two thirds of it I often didn’t quite know where I was despite being thoroughly entertained, intrigued and often second-guessing just how crazy the rest of it could get. Eventually the threads of what held together filmmaking this audacious began to unravel and what I was left with, well, I’ll spare you the details.

Good, bad, and certainly not indifferent, I’m, yes, still thinking about quite a few images in Mother! — all in the muddled spaces of Mother logic that remains in my mind. (Note: And yes, make of that what you will.) 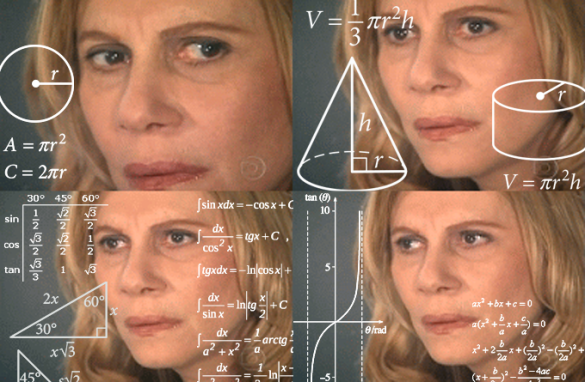 Roughly how I felt after I left the screening

This is a film where the less you know about it the better and the more you try to focus on plot and theme the less you seem to know. That is its greatest fault or most potent calling card depending on who you are and what you prefer to see. But one thing is for certain: Mother! never shies away from its aspirations and goes for them full throttle. It is comedy, drama, horror,and epic all sewn into a patchwork of crazy. But will you like it??? 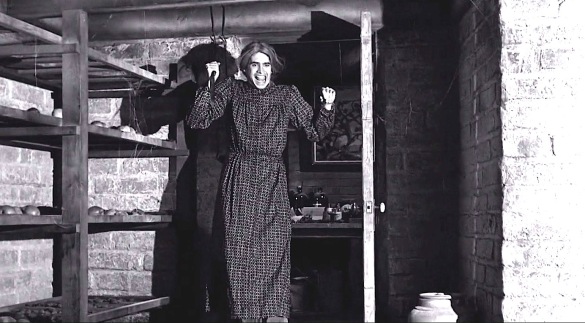 Horror you say? No, a different kind of MOTHER! #ohNorman

Anyone who has followed Mr. Aronofsky’s career as I have (Note: Full confession, he is one of my most preferred contemporary American filmmakers – and there aren’t many) shouldn’t be surprised at what they’re seeing here.

There are certain themes that pop up in all his work:

Love and Sex (not necessarily in that order) 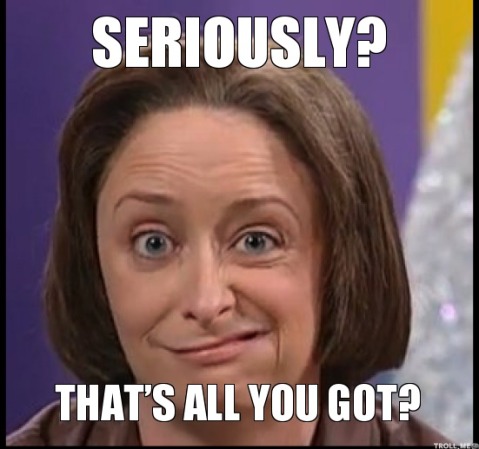 Look at his most enduring movies and you’ll see a guy who leaves it all on the screen and let’s the chips fall where they may.

I can recall sitting at a 1998 Academy screening of his film Pi unable to move out of my chair at the end, wondering: what the hell was that, how did he know what I was thinking about but never dared to tell anyone, and how can I immediately get more?

Two years later he made Requiem for A Dream and gave me existential nightmares that every so often creep back into my brain uninvited and, yet, sometimes also give me the impetus to strive for something even more daring in my own work. 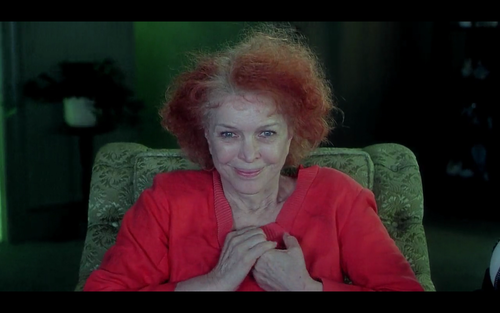 Plus.. I’m gonna be on television!

Six years after that he made me love Mickey Rourke as an actor for the very first time, not to mention The Wrestler, while touching on some very personal family issues I didn’t even know I still carried with me.

When Black Swan came out two years later I believed he’d jumped to a whole new level of addressing the age old question of what is the price artistry and, given its box-office success on such a relatively low budget, fully expected to see a whole raft of ballet films of all genres in its wake. (Note: Clearly I was wrong on the latter and is one of the thousands of reasons why I am not a studio executive).

The closest we got was care of Miss Swift #shakeitoff

Sure, in between there were bigger budget, rambling confusions like The Fountain and Noah but in my mind even both of those were not without their moments. Mostly because I knew each of them were stepping stones to the next film and the next one and then the film after that.

This is what it REALLY takes to consistently produce work that is mold-breaking, thought-provoking and ORIGINAL. You have to disappoint, confuse and perhaps even offend your audience with too many misfired moments in order to get to where the most JUICE is.

I realize metaphors are not my strongest suit and I’m not sure why I use them. (Perhaps because one day I know I’ll find one that works?). 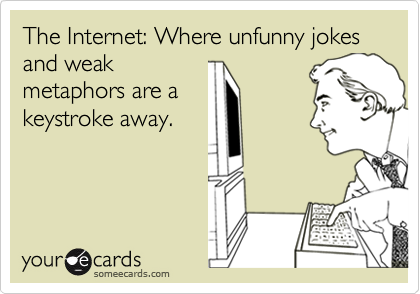 But one thing I am ABSOLUTELY certain of is that to en masse roast an uber artist like Mr. Aronofsky for what you or your friends or gang of social media cronies find to be his lessest work is to guarantee that you will never, ever get his future bestest work.

In between tweeting about the Orange Buffoon’s latest tirade against Black athletes and football, many have this week seen fit to take to our virtual Town Square and quite metaphorically (and then some) stone Mother! and Mr. Aronofsky to their virtual, spiritual and financial deaths.

Though usually Ms. Lawrence – one of our current America’s Sweethearts –is spared, they manage to go doubly, triply, even sextupley hard on the one principal artist who dared make that misfired, truly disgusting, stillborn thing that sullied her. 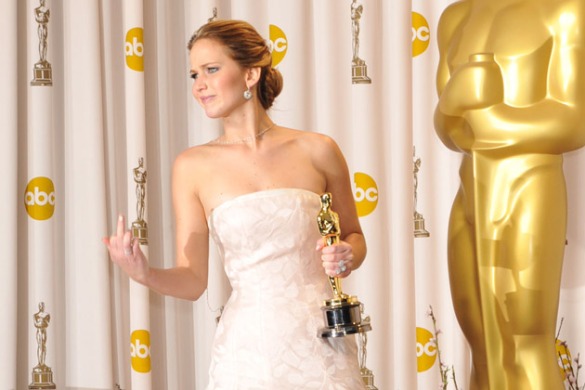 Without ever appreciating this fact: that one principal artist is also, in a past or future work, the same uber talented filmmaker who will help make us fall in love with her – and people like her – in the first place.

Yes, I know Mr. Aronofsky doesn’t need my help. But dismissive, over-the-top reaction to films like Mother! really pisses me off.