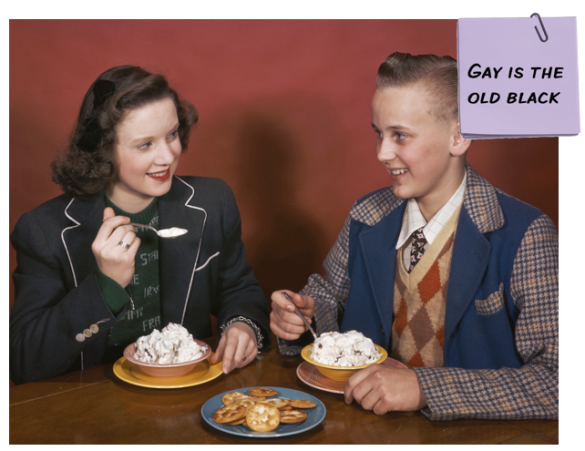 Generally I’ve always liked women more than men. On the surface, this would seem ironic for a gay man. On closer inspection, it’s really not.

When I was growing up it was just easier to be closer to the gals. I didn’t like traditional “guy” things like playing sports, though I did collect baseball cards and loved the NY Yankees in particular. In fact, I actually knew (and still know) their entire starting lineup from 1966. 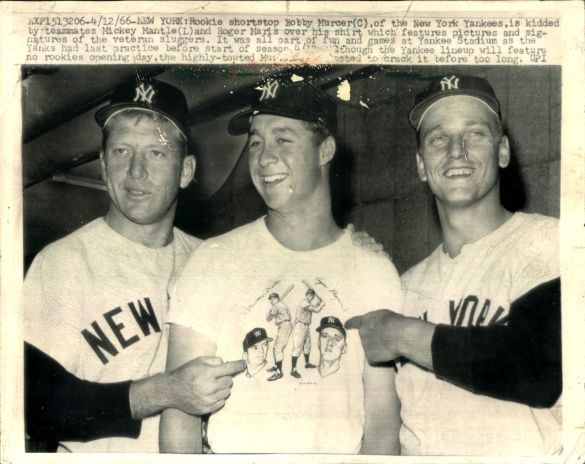 OK.. and their smiles didn’t hurt either

Oh, don’t be so surprised. I’m certainly not.

We’re all a bit of an imperfect puzzle and if you’re homosexual those imperfections feel that much more complicated, especially to mainstream America.   Yes, even still.

But let’s table the rainbow soapbox for the moment and stick with women. I did for decades in every which way but sexually. They shared my interests in the arts, or even if they didn’t they liked hearing about it. They really listened to me when I spoke, liked to engage in discourse and seemed to generally care even when the world didn’t.

Not to mention, they seemed receptive to my opinions, so much so that at one point towards the end of high school and all through college there were almost too many women in my life to handle. 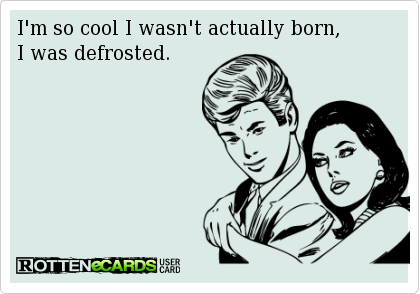 I remember late one afternoon my stepfather being absolutely flabbergasted at the beautiful young woman who had come over to hang out with me for the first time (Note: In retrospect, she was pretty stunning. And smart. I looked her up on Facebook recently and she has become a respected lawyer).

But even at the time I knew he couldn’t fathom how this short, slightly less than macho, snide young man he had lived with for the last five years could EVER attract the attention of the gorgeous creature he couldn’t stop staring at in our entryway. 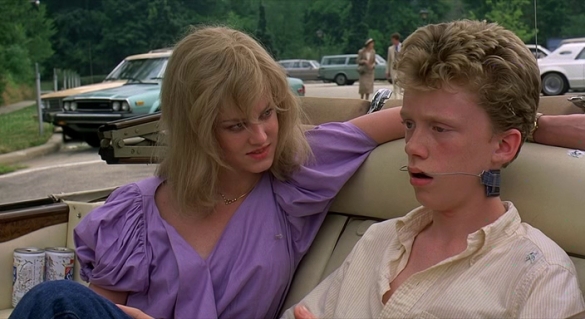 A John Hughes rendering of the situation

It amused me to no end that I had the secret that would always elude him, and too many straight men, especially in the late sixties and early seventies.

I won’t go into the Mika Brzezinski/Joe Scarborough brouhaha this week (Note: This can fill you in. Or this.)…

…Other than to say when the current ELECTORAL POTUS insults you on Twitter with bon mots like crazy, low I.Q., dumb as a rock and his requisite reference to any attractive female who challenges him – their BLEEDING from one orifice or another – well, you know you’re doing something right.

You’ve gotten under his skin. 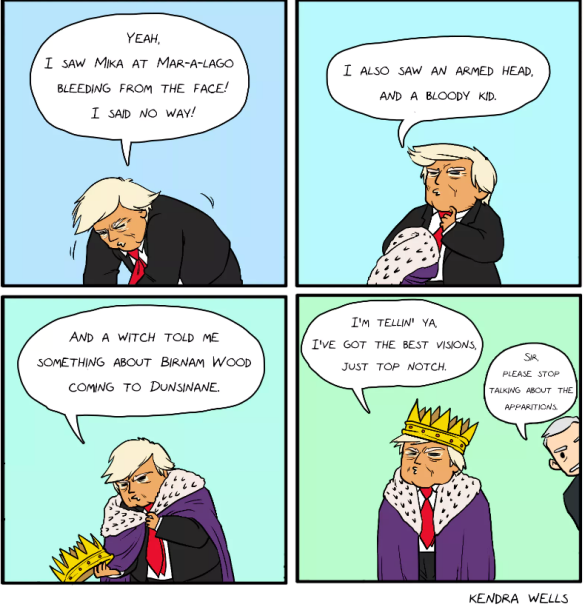 Still, what’s gotten under my skin this week is Friday’s UNANIMOUS ruling by the 9-member Texas Supreme Court reversing the city of Houston’s decision to extend health and life insurance benefits to the spouses of city employees in same sex marriages.

Instead of these benefits being an automatic right based on the U.S. Supreme Court ruling two years ago legalizing gay marriage across the country, these Texas judges want a trial in Houston where this issue can be fought out in court. Though how this can be anything but a waste of time and taxpayer money is beyond me since same-sex marriage is the law of the land.

It is interesting to note seven of those nine judges were men. Two were women. All were Republicans. I maintain if any one of the many women I grew up with – especially the now adult aforementioned woman in my entryway who stepdaddy stared at all those decades ago – were on the court the ruling would surely not be unanimous. There would be at least one dissent. Which would be a start. 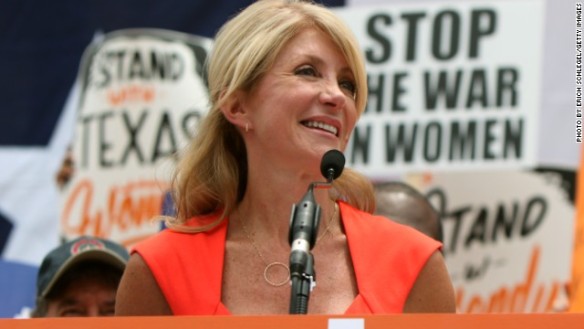 Let’s not forget that Wendy Davis is a proud Texas woman. #theydoexist

Still, I grew up in NYC and not Texas so perhaps mine is as irrelevant and regional an opinion and argument as the one coming from the Texas Supreme Court ruling will (hopefully) eventually be.

Fortunately, there will be THREE women from my neck of the woods – all of them from the various, glorious boroughs of NYC – on the US Supreme Court when later this year they hear the case of the Denver baker who in 2012 refused service to a gay couple that merely wanted him to bake them a wedding cake.

Even though on a recent episode of The View the baker, Jack Phillips, said:

I don’t judge people when they come in. I try and serve everybody.

Still, he chose NOT to try and accommodate the two about-to-be married young men, previous customers of his establishment, when they merely asked for a cake for their wedding reception. In fact, he told them it was against his religious beliefs. Even though it is against the law for a public business like his to refuse this service.

I can only imagine what Ruth Bader Ginsburg, Elena Kagan and Sonia Sotomayor will make of this. Actually, I intuitively KNOW what they will make of it based on decades of experience with women like them – women who have spent years making their voices heard to those who choose to listen – or not – to them. 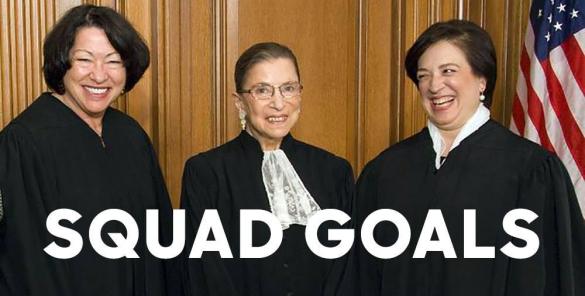 These are women who, in turn, have devoted their entire adult lives listening to others in an attempt to level the playing field for many who have come after them and have, for various and nefarious reasons, also not been heard and valued for what they had to do or say.

The trouble is there are once again NINE Supreme Court justices and this time a full FIVE of them are straight white males (and the other is Clarence Thomas). Not to tar them all with one brush.

Cmon man, get with the times!

Who in their right mind would do that to someone based on their sex, or sexual preference, even if they have said things and done things in the past and present with which they vehemently disagree?

Well, certainly not anyone in their right mind. Certainly, no one in the highest echelons of the court.   Or the government.

Which begs the question of just when WILL we elect a woman president and how much worse IT (Okay, HE) will have to get before we finally come to our sense and do so?