I never take A FILM BY credit. Film is a collaborative medium. And I’ve gotten enough attention.

Ben Affleck said this last line without irony, his head looking slightly away from the packed audience at the Writers Guild Theatre who had come to see his latest movie, Live By Night.   After which this group of about 400 writers and their friends broke into a spontaneous round of applause.

It’s hard to overemphasize just how difficult it is to get a bunch of writers anywhere, but especially in Hollywood and at a screening at the WGA, to spontaneously applaud for anything these days. Except perhaps the public stoning of Donald J. Trump in downtown Beverly Hills, and preferably in the window of Neiman-Marcus, if we are making wish lists or I am making personal orders. 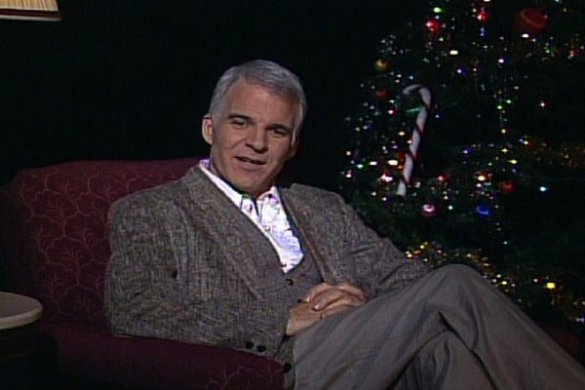 … that and of course, for all the children of the world to join hands and sing together in the spirit of harmony and peace

Still, there we all were praising a guy who had just made a film we all saw that he had not only starred in but directed, co-produced…and this is the real kicker for this crowd…actually served as sole screenwriter. I mean seriously, how much more devaluing do we have to all endure and whom the “f” does he think he is???

Well, as it turns out, Hollywood writers are not as bitter of a group as you might imagine, which is not to say we’re un-bitter; and as a whole we don’t begrudge certain people the mega power to further their careers once they’ve succeeded far beyond most, which is not to say we’re thrilled for them daily. What writers, and most people in the world respect, is honesty, hard work and a brutal sense of recognition that no one, most especially those at the top, could ever begin to do it all alone.

Now, whether Ben is like that one-on-one, I have no idea. Truth be told, I have been fooled by star actors – and a couple of times one-on-one – a handful of times before. After all acting, nee pretending, is what they do really well and get paid to do really well. But in this case, I just don’t think so. Nor did a room full of my peers, more than a few of whom are far more cynical than I, if you can believe that’s possible. Which I assure you, it is.

Live By Night is a sort of The Godfather meets Bonnie and Clyde meets a Hollywood gangster movie from the 30s or 40s starring Edward G. Robinson. It’s based on a book by Dennis Lehane and has many charms, most especially a convincing sense of period and the kind of attention to story and character detail one used to see in studio movies of the 1970s but seldom, if ever, sees anymore. None of this is to say it’s a perfect film – even Affleck himself notes that is a short list in his mind that starts with Citizen Kane, as predictable as he admits it sounds. And leans to movies like Lawrence of Arabia, The Godfather II and Jean Renoir’s Rules of the Game.

Still, what is most impressive about Night is how prescient it is in reflecting our current social and political climate through the lens of what is essentially a genre movie about gangsters in the 1920s and 30s. Once you get past the requisite vintage machine gun/shoot ‘em up vintage car chases and character arc set ups, the guts of the film is really about immigration and racism – and America’s ongoing blame game towards people who don’t fit what they (i.e. the majority of Americans) imagine to be its most preferable and vintage paradigm – white, churchgoing, God-fearing and, Lord knows, beyond reproach pure – by all outward appearances, that is. 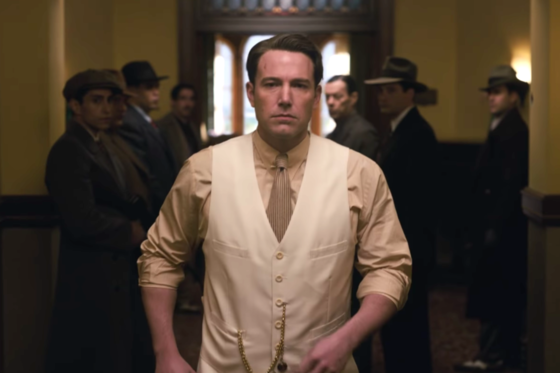 as pure as this cream three-piece suit

It doesn’t matter how you win or what you do behind closed doors if you fit this ideal. In fact, you can don a white robe and burn crosses – as some do – or you can have indiscriminate sex, lie and cheat your way into political position, and double/triple deal with the powers-that-be to maintain your status. Just don’t make the mistake of being Black or Brown-shaded. Or Italian or Irish – which is White but not American. Or gay, which is unspeakable. Or Jewish, which goes without saying.

No doubt, Mr. Affleck will be receiving a lot of credit once the film opens in NY and L.A. on Christmas Day and then across the country in January for his foresight into what looks to be the WHITEST Christmas contemporary America has seen in decades, climate change notwithstanding. But as he readily admits, nothing could be further from the truth. 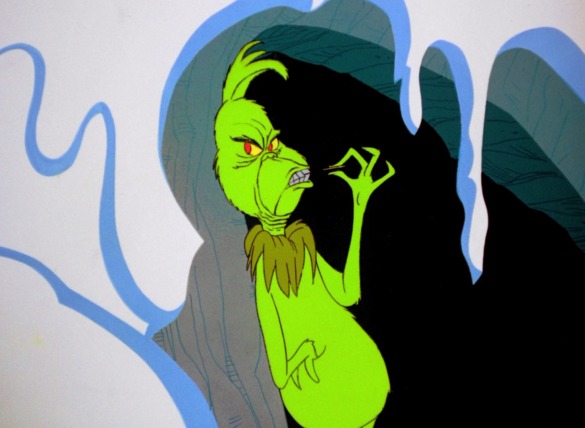 Don’t get ahead of yourself, Grinchy boy.

After winning the Best Picture Oscar for Warner Bros.’ Argo, he pretty much had his pick to do anything he wanted with anyone he wanted (Note: Take that in any and every context you like). But at a time when we were at the height of Barack Obama’s presidency, he decided to choose a period novel about immigrants because “America is a place of immigrants and…a patchwork of immigrant goals.” And it was a subject that constantly and consistently intrigued him (Note: And you wonder why we liberal elite applauded).

Of course, it was exactly that theme that troubled others about the commerciality of the project. Do we do a period movie about themes that we have pretty much dealt with over the decades? Eh. Well, Ben did just win the Oscar, he’s starring, he’s made some good films. Oh, and wait – he’s agreed to be Batman!!! Okay, I made up that last conversation and have no idea whether it was a quid pro quo for him to do Warner Bros’ Batman v Superman in exchange for the green light on this one.   Still, even if there wasn’t — there is an implied mutual reciprocity in the business of show. You do one for me in my corner and I’ll give you one for you in your corner. 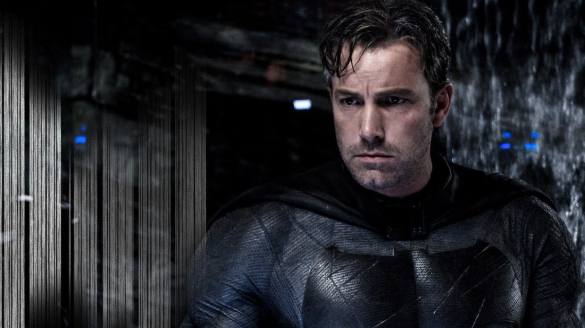 Tortured soul… or thinking about storyboarding Live By Night? #letsbereal

Come to think of it, that’s no so different than the way it is in the real world (which show biz, isn’t) and in the upper echelons of our old, and certainly new government (which many of us kind of wish wasn’t real but sadly, most certainly is).

Yes, everyone’s been saying how timely this all is now but not at the time we were doing it. We didn’t know…I didn’t vote for Trump but I do know a few people in my life who did and I’m trying to understand them. – B.A.

That makes Ben a much better man than I am at the moment. I’m not saying I won’t eventually get there but I’m not even close to it yet. For what I believe at the moment is that I really do understand a lot of Trump voters – the anger, the eagerness to blame those “different” for your loss of money, power and perceived “station” in the world. I can’t help but comprehend and I currently hesitate to deny that ugliness because as a gay Jew who went to an integrated school in a big American integrated city with kids who were Black, Brown and yellow-skinned, and multi-ethnic white in origin, I’ve seen and experienced it all countless times before – and at a very young age.   What’s so shocking and insidious to me is that it so fervently continues now – and that it will be a Hollywood gangster movie set in the 1920s and 30s that is the first widely released film in 2017 to address it in any kind of mass commercial artistic way.