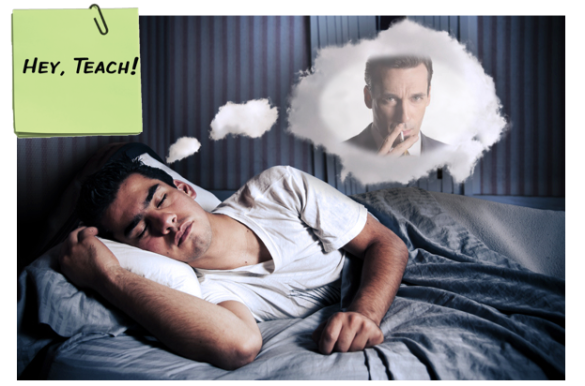 Jon Hamm was in my dream last night.

We were actually sitting around a table with a gay character actor named Tim Bagley I had just seen on TV and I was explaining the blog to Jon. I think Tim was chiming in with great support – as all good character actors do in my dreams – telling Jon about how much he liked one of my blog posts. I was a little scared and embarrassed until suddenly Jon smiled, seemed to get excited and all was well with the world. Because suddenly he was getting up, seemingly pumped, heading to a nearby laptop to check ME out when….

Opening my eyes I wasn’t so much sad as I was disappointed –- that I wasted a Jon Hamm dream on this stupid blog, that I barely got up the nerve to speak to him and, worst of all, that I’d never ever get to find out what happened. Sure, I could go back to sleep and try to dream the dream again, but that never works out well, does it? When a specific fantasy doesn’t come true it takes a bit more work and finessing to make it happen. Which I suppose might be something to look forward to. But bottom line – I’ll never get THAT moment back again, will I? 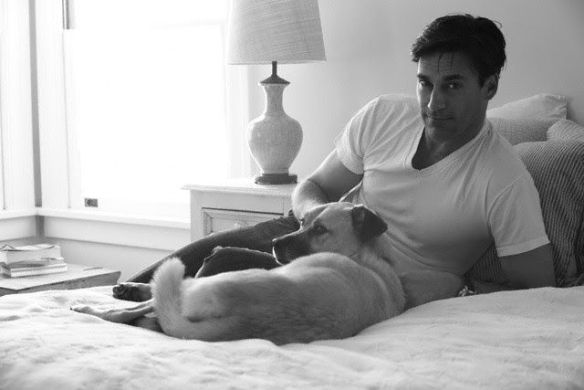 I know this is a metaphor for how Hillary & other non-Trump supporters feel about the election and our future President-Elect-Who-Lost-The-Popular-Vote-By-More-Than-2 Million-People-And-Still-Counting. Frustrated, disappointed, powerless and scared we’ll never get the moment back again.   Scared, of course, about so many other things too, but particularly nervous that we blew our ONE shot.

We will not be re-running or reanalyzing the presidential election here because…do we need to one more time? We now have Jill Stein recounts, our personal attempts at activism and four years of arguments, discussions and commiserations with friends, relatives and enemies from which to do that. And I, for one, look forward to being called a “bigot” against working class people by many more people on Facebook because it gives ME an excuse to remind them they supported an openly racist sociopath with a very bad temper to control the nuclear codes for the next 48 months or more.   Amid gloating that if the world blows up, it won’t be on my watch or conscience. Sure, I may die – but I’ll die with a clear head. 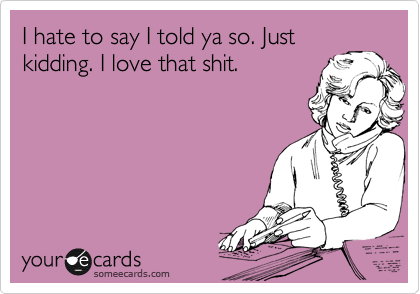 Well if I’m being honest

But back to dreams, fantasies and realities.

It seems that the only way to live fully is to have dreams, even if they get altered or go unfulfilled. It gives us something to strive for and to try to create. It leads us down unforeseen paths we surely never would have gone down. Heck, it gets me out of my bed and away from watching reruns of HGTV’s Fixer Upper – a show I continue to watch even though I’m aware hosts Chip and Joanna Gaines are staunch religious conservatives who contributed money to Ben Carson – a guy who thinks you can be turned gay in prison.

But really, who cares about all of that when you can repurpose all those swell broken down milk cans and pieces of shiplap into soothing rooms of trendy, colorful antiques and sit at quartz countertops munching on an endless batch of freshly baked homemade cookies from a woodsy worn farm basket? I, like all the rest of you, do have my price. 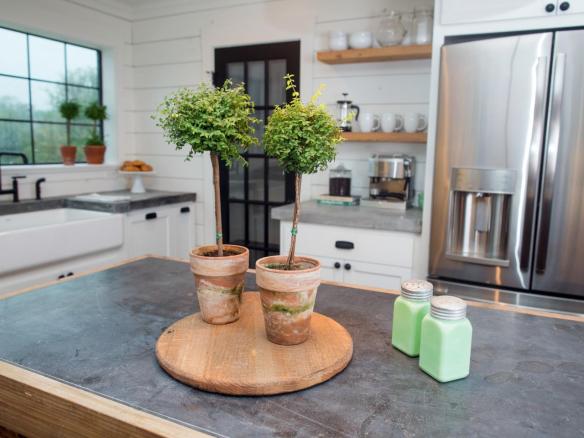 Give me tiny topiaries or give me death #resistanceisfutile

Which is why it’s particularly important to keep reimagining yourself and your place in the world and not get caught up in a single static fantasy that is likely not to come true in the way that you imagined it. Never in your wildest dreams did you think the election would… Right. Well, I never ever dreamed that Tom Ford would become a writer-director of movies. And what’s worse – that he would be given money to make a film so goddawfully ridiculous and unreal as Nocturnal Animals and manage to torture the usually brilliant actors Amy Adams and Jake Gyllenhaal and all of us with the recreation of TWO PAINFUL HOURS with not a single true moment contained within. Jeeez, there should be awards for that. Oh wait, there are. 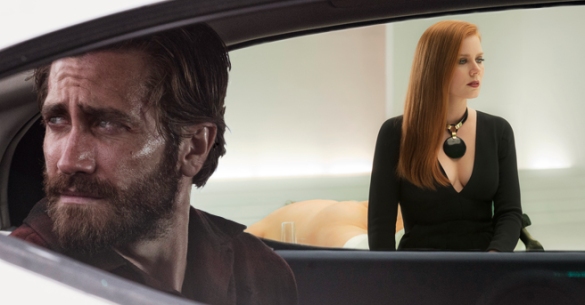 But movies and TV do cut both ways. Besides managing to give you ridiculously unfulfilling dreams, they can spur you on to fantasize bigger – or more BIGLY – than you could have ever imagined. That’s what I did this week when on Turner Classic Movies I happened to flip channels and come in almost at the beginning of The Godfather and Godfather II – now renamed The Godfather Saga (NOTE: Who knew?). Not only are these perfect movies, or as close to perfect as the movies can get for me, they are inspiring lessons in filmic storytelling done in our lifetimes. They don’t hold back with the truth yet they spoon feed it out to us with just enough gloss, blood and archetypal fantasy behavior that we can escape and appreciate every awful moment we’ve ever experienced in our own families and cling to them in selfish glee. That, in itself, gave me a new appreciation of the environment I managed to be born into and a renewed love for each and every relative of mine (17!) who had come to my house and sat at my Thanksgiving tables (Note: Nothing Orange was served). 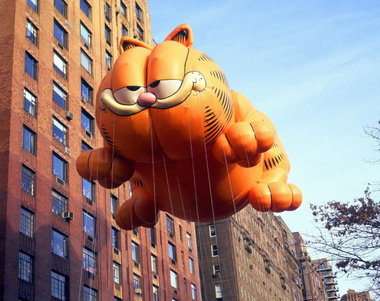 The only tolerable fat cat terrorizing NYC on Thanksgiving

Still, this wasn’t enough to totally cheer me up once everyone had left and I unwisely decided to check social media again. That is when I began to finally binge watch a TV series a former student of mine had been begging me to check out for months and months. It’s an FX show called You’re The Worst and centers on two toxic, self-destructive people who fall in love and attempt a relationship. Boy, is that a GREAT description. And just what the doctor ordered, since I also have had a bad cold and sinus thing going, in addition to becoming a magnet for right wing Jewish hate speech.

This couple (the ones on You’re The Worst) is so absolutely toxic and uncensored that they managed to verbalize every awful, disgusting, insulting retort to every person even I never had the nerve to voice back to in that manner. All I had to do is imagine them in a conversation with every individual Trump voter I had encountered personally or virtually in the last year (or minute) and I immediately felt better – because they were also profoundly and undisputedly FUNNY. And yes, a little sad but – aren’t we all right about now? Well, most of us – I’m taking a chance here and don’t mean to leave out Red State America but at this point I have to be real about who my current audience is. As does the Democratic Party.

This is not in any way to advocate dreaming or even fantasizing nasty as a consistent diet to life because the series doesn’t either. Rather, it tries to show us what REALLY IS unvarnished, and in a humorously dramatic way. This is unlike what our current Mr. Ford does in his new, nationally released, murderous perfume ad in feature length. It is also to some extent what our current Orange President-Elect is doing. No one can accuse it him of not being dramatic and funny to a lot of his subjects audience.   But the REALITY he has wrought is one that I and many millions more of the majority voters in the country who did not vote for him, prefer was not real.

Which is why we will keep using the dreams generated by our art – the ones that already exist and inspire us, the ones we create out of whole cloth, and the ones suggested in all of our current and future Jon Hamm dreams (Note: Oh God, please let it be so) – to defeat him – SOUNDLY and ROUNDLY – and reset the course of our lives.  And, in turn, our world.