If you’re in the entertainment industry and are particularly depressed about your career beware of the following thought as you tumble further down into the abyss:

I had hoped to inspire A LOT of people.

It’s embarrassing to admit one has these thoughts but, well, there it is.

The business part of show business is nothing if not about the accumulation of the A LOT – from audiences, to money, to attention, and to things, some of them even human.

Oh sure, we all have our own self-destructive reasons and the therapy bills that have unearthed them. But to simply inspire – maybe that’s not such a bad goal? And to some extent it is one of the almost guaranteed fringe benefits of the territory. 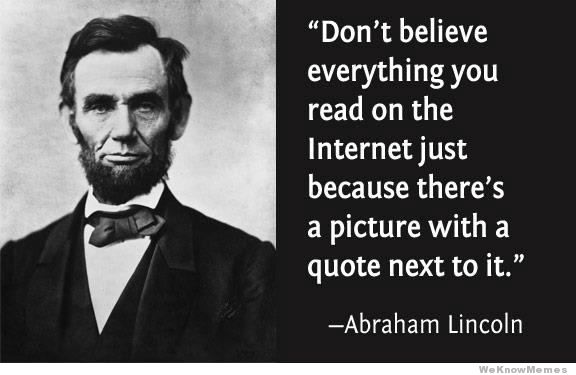 Just be sure to fact check those inspirational quotes!

If you’re an art practitioner of any kind, anywhere, trust me at some point you will (and probably have) inspired someone – and probably more than one. You might not mean to but if the work is done right – or sometimes even wrongly – it will happen.

Of course, it might not be your work itself but your work ethic. Your determination and commitment to get things done. Though it can simply be just your output.   Whether or not it’s famous or you are. Which does not mean the famous aren’t inspiring. It’s merely to say sources of true inspiration come in all proportions and to various degrees – and in all sorts of sizes and shapes – from misshapen to minuscule to oversized. For in reality, to be or create an object of inspiration it is ironically really more about letting your work or you just be what or who it is.

I realized this long ago as a teacher and it admittedly satisfied the dark side of my “inspirational” desire. This is not conceit. Most, or at the very least, MANY teachers inspire. If you’re even halfway decent at it, it comes with the job. Usually you’re older and more experienced and your students are many young people whose specific task in those weeks and months is to learn – from YOU. It is inevitable that you will inspire one or two or more of them over the years. (Note: Which doesn’t make it feel any less good when it happens, by the way.)

Ok, well, we all can’t be Mr. Keating #ohcaptainmycaptain

But let’s get back to inspiration and the industry that often claims it – show business. Truth be told, I never really loved the actual industry. Though I thought I did. Actually, I thought that I LOVED it. I really did. But once inside there are moments that cause it to lose its luster. While talents are appreciated and one needs a modicum level of talent to succeed (Note: Yes, even the ones you deem mediocre are way better than the mean), the upper echelon of success – the kind that comes with both inspiration and adulation – is a slippery slope. Many people who reside in this area are truly inspiring. But they also have to work hard to avoid the seductive part of being an adulated inspirer and not fall victim to the bottomless pit of it all.

Well, who among us are not up for some good seduction? There is something irresistibly appealing about anything that seduces. On the other hand, when you’re seduced into something that does not mean you are inspired by it. Being dazzled and being inspired are two different realities.

… and I call those two realities Jon and Hamm.

Dazzling implies being blinded – which means you are temporarily frozen. And what you are seeing is not entirely real. How can you be inspired by a reality that never existed?

Well, I suppose it’s possible, you say. This is what all the great works of fiction are about. I don’t think so. The truly great works do BOTH. They are not solely tales of smoke and mirrors. They are reflections of existence made of whole cloth. They have a weight. A ballast. They are not light and airy – though on some level, take the great romantic comedies of yesteryear – they can appear to be.

Marilyn Monroe – the movie star – wasn’t inspiring. But she sure was dazzling. Marilyn Monroe – the person – from everything I’ve read from before and after her death – truly was inspirational. And sad. Sometimes it is the trajectory of the journey – how and why she managed it – and where she made it to despite the greatest of odds against her. There is inspiration in that.

the world’s candle in the wind

Inspiration is not necessarily better than dazzling, by the way. Just different. Both are wonderful in their ways. What am I inspired by at the moment? I suppose Hillary Clinton. No, this is not a political ad. But really – how does she keep going at 68? How the heck does she persevere? Isn’t she, well, tired? Of the bullsh-t? I mean, if I am and you are, imagine how she feels.

I imagine Trump is not tired at all. Which is why, in my mind – dare I say it – he’s dazzling. He LOVES the show. You can see it when he speaks before large crowds. Not unlike the way Bruce Springsteen loves to play for three hour plus at a pop onstage (Note: I once saw The Grateful Dead jam for four plus hours at the Nassau Coliseum – at least I think I did – but that’s a different story).

The memories come streaming back…

But re Trump – a friend sent me an article about how when Hitler used to speak publicly before huge amounts of followers he’d actually have an orgasm. It feels more like that with some dazzlers, doesn’t it? Though we will never quite know for sure – or want to in this case.

Movies from the 70s inspire me. The Godfather, Network, Annie Hall and The Rocky Horror Picture Show. YES, The Rocky Horror Picture Show. Watch it again as I recently did and marvel at how it was so far ahead of its time – and how timeless it remains. (Note: I get the reason for the upcoming remake but when this happens always ask yourself this ultimate question – Did they not get it right the first time?). 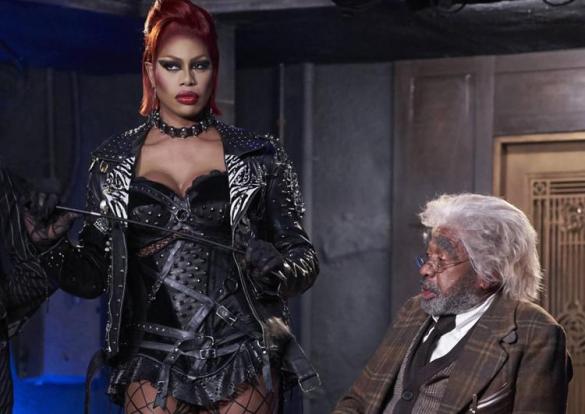 Bette Midler live always manages a moment of inspiration. Anything Gaga is bound to occasionally – even among the misses, which is inevitably why someone can be inspiring to begin with, they dare to miss. The dialogue of Billy Wilder. Omg.   Certainly the prose Jonathan Franzen. Spending years on his lyrical novels of brilliant word combinations and storytelling (Note: Did you know he had his computer specifically dismantled from internet access so he could write in a room without?) when less and less people read. I’m sure it bothers him but I doubt that’s why he writes. Likely, he does it for all the same reasons everyone does, I imagine. He has something to say and he has to get it out. It’s not a choice, really. It’s that or somehow implode.

Which I guess is the key to being an inspiration. You do what you do for yourself. Without result. And let others make the call on how they feel about it. Which, as Stephen Sondheim once so eloquently wrote, they inevitably will.

Oh – I forgot about Michael Phelps. Did you watch him swim and win his 22d (and last individual) gold medal and become what is undeniably the great Olympian of all time? You have to.