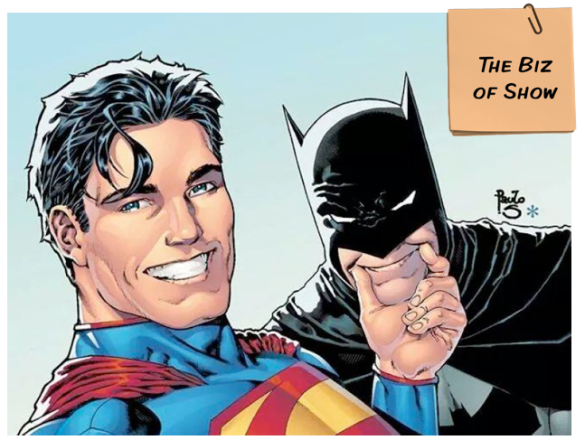 There are simple logistics of the movie business one must recognize if one is to venture creatively into the Hollywood film community.

The two #1 movies of the last month – Superman vs. Batman and Zootopia – have so far together grossed $1.5 BILLION worldwide at the theatrical box-office. To be more USA centric – for certainly part of our responsibilities as US citizens is to make all things American at least SEEM great again – this includes almost $300 million apiece for each film in tickets sold here (Note: And in Canada but isn’t that a mere technicality and certainly beside the point?).

I have not seen the much-maligned S vs. B because at this point in life (and having been a movie critic in one of my many past lives) I get the appeal and deserve credit for time already served. As for the big Z, I have attended at the desperate urging of my students and found it to be a perfectly lovely experience that was smart, funny and has something to say worth listening to. Certainly not in the vein of Spotlight, 12 Years A Slave or, well, Sophie’s Choice, but hey, Viva La Difference!, right?

Two movies I have seen in the last two weeks fall into different categories and fates and their titles are Midnight Special and The Fundamentals of Caring. Never heard of them? Well, how can that be?

Midnight Special has also been in theatres for almost a month and its writer-director Jeff Nichols was responsible for the very well reviewed indie film of several years ago – Mud – starring recent Oscar winner Matthew McConaughey. As for Fundamentals – okay, it hasn’t been released yet. But if you’re at all a movie fan you might have heard it was one of the big success stories of this year’s Sundance Film Festival where Netflix picked it up for a near record $7 million. Not to mention, its directed by longtime David Letterman producer Rob Burnett and stars one of our not that currently numerous comedy movie stars, Paul Rudd. 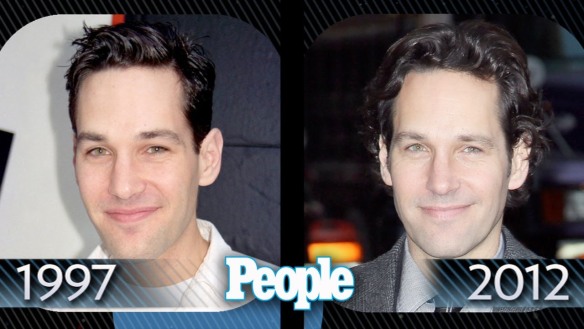 How I felt about the latter two films (Note: They each have their charms) is less important than the fact that they will generate a slight fraction of the revenue of the first two I mentioned and probably equally that much in buzz and recognition by general audiences. That, in fact, is not a failure on the part of either of the two films. More simply, it is reality.

Midnight Special works on a narratively unusual storyline that even the NY Times movie critic managed to circumvent in his recent review. But since this certainly isn’t the Times, here’s how I’d put it –

It’s a film about a father and son on the run pursued by both the government and members of a cult they are escaping from, each of whom want something very special from them. Beliefs of the supernatural, of religious cultism, and of governmental overreach and villainy come into play but what’s really at play is how much you love your own family and how much and what you’d do to save them.

That sounds kind of timely, right? Well, Warner Bros. must have thought so since it’s their film. Which they’ve slowly rolled out to release in…493 theatres (Note: Z and S vs B have each been in 4000 plus screens) – where it’s grossed just $1.4 million nationally.

As for The Fundamentals of Caring, it’s based on a best-selling novel and is the kind of comedy-drama they used to make when I was young (it was the seventies and the movie business was having one of its small handful of GOLDEN ages). This merely means Hollywood, and in turn the world, were making the kind of content (Note: Ugh, there’s that word again) that we would all be nostalgically longing for decades, and likely centuries, later.

Its plot? I’ll let IMDB speak to that one:

A man suffering an incredible amount of loss enrolls in a class about care giving that changes his perspective on life.

Though, well, that kind of doesn’t do it. In reality, it’s a funny comic road movie – sort of My Left Foot meets Harry and Tonto meets Summer of ’42 – that doesn’t drown in bathos and gives its young teenage hero a chance to flirt with and at the very least kiss (Note: Uh, no spoilers here!) one of the current it girls of every teenage boys’ dreams – Selena Gomez. 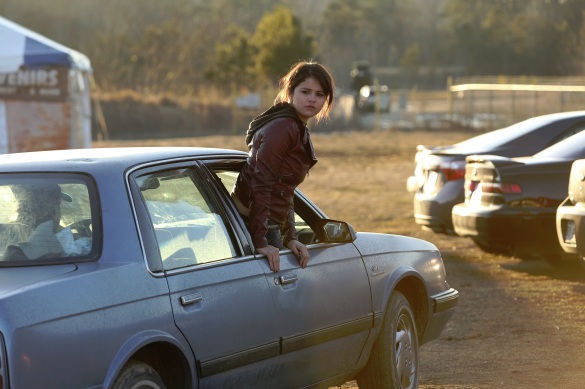 I managed to see it as the opening night film of the Atlanta Film Festival where its director proudly announced Netflix would indeed be giving it a real and true THEATRICAL release later this year before it can be streamed for the entire world to see.

I purposely have resisted giving my own review of the above two character-drama movies because these are the kind of films I would have written at one time and, actually, still might or could write. So not only am I a snob here but, well – I want you to LIKE them because I want more of them to get made and fear any slight negative thing I might say about them (Note: Not that there are any!) might be some part of some additional nail in their commercial coffins.

Still, this much I know to be true –

You can’t expect to be considered a Hollywood play-uh if you create these properties in the same way Zack Snyder (S vs. B) or Disney (Zootopia) are. Ever. Not even close. The 2016 world doesn’t work that way no matter how much you know and love Francois Truffaut, Andrei Tarkovsky or, well, even Pedro Almodovar.

We agree Paul… it sucks

Again, no value judgment and fortunately there will always be a future Almodovar or Truffaut or Tarkovsky. Not to mention, Alan Pakula (Sophie’s Choice) or Tom McCarthy (Spotlight). But theatrically they will be even scarcer than they already are. And you might find them working on many of the current and developing smaller screens creating content – (Note: Oh, how I LOATHE that word – it sounds like materials you find in a corporate travel brochure) – to be consumed, well, everywhere.

Of course, none of this is news but it is worth remembering and pounding into one’s brain if one is to at all have any at all realistic sense of where things stand and what the future holds. To be educated and forewarned is to be forearmed and smarter navigating the reality of yours and our futures. We need the makers of films like Fundamentals, Midnight, Spotlight, Mud and, yes, even Sophie’s Choice – not to mention Zootopia and your superhero of choice – if we ever are to make America truly great again.

Yes, I’m talking about diversity, choices – the true land of freedom and opportunity – at least as far as entertainment and culture is concerned. That would be a society where any idea, indeed anything one chooses – might just become a reality – for any one of us.