There are (at least) 129 people dead and 352 injured in Paris – the latest mass murder victims from the latest international terrorist attack.

These things don’t just “happen.” There are reasons other than they’re crazy and we’re not.

This week I was talking to my screenwriting students about writing real villains (the nicer word is antagonists but let’s face it, villain gets the point across far more effectively). I told them one of the keys is that until you understand why your villain is doing what he’s doing you only have an IDEA of a villain.

What my students – and all of us – need to understand is that in drama and in real life a villain truly believes in his or her heart of hearts that what they are doing is ABSOLUTELY RIGHT based on their life experiences and where they are in the world at that moment they take action.

Villains believe their actions are justified. Their actions are a means to their END – which they are convinced, rightly or wrongly, they deserve and/or are correct in executing. Their end can be twisted, offensive, or cray cray to you and I and the rest of the world based on all objective logic. But until you really get how they think and WHY they think it, you will not be able to create or evoke – nee write – them or their situation convincingly.

It’s upsetting to fail at your task as a writer, but the cost of not doing your due diligence in real life battles is a lot more consequential. It means you will NEVER be able to defeat your perceived villain. Certainly not in any permanent or enduring way. Writers hand in bad scripts or abandon projects altogether with only a career price to pay. When your opposition and you are flesh and blood the battle lasts a lot longer and has a far greater effect than a few bad hours of entertainment. It means your villain – nee enemy – can go on for years, decades, or perhaps generations – wreaking havoc.

What a way to live. Or not live.

Is it faith or life (or both) that sustains you?

I tend to see the fundamentalists of any religion as somewhat villainous and that is a prejudice of mine about both religion and doctrinaire thinking. It’s a reason why a play I started years ago about a fundamentalist, anti-gay American town and how it ostracized and eventually murdered a mouthy gay young adult never quite worked. I just couldn’t figure out how to make the people of the town three-dimensional enough to allow the audience to understand and believe their actions. I was too invested in my own bias to think through it clearly no matter how much I tried or how liberal I thought I was being. I got as far as “they were raised that way, they were true believers and they were small-minded” but none of it seemed enough to justify what I clearly felt was, plain and simply, a town of sick, heinous people who were clearly less than something human. So eventually, I dropped the project.

That was six years ago. Perhaps one day a light bulb will go off and I’ll figure it out.   Or not. Either way the world – and myself – will survive.

We have no such luxury with perceived “real life” villains who threaten our very existence.   Yes, I’m talking about the TERRORISTS. Are their reasons really any different than that of ANY convincing movie, theatre of television villain? You’d better believe they are. They are analogous only to our best, most well thought out villains. Certainly, their actions are. And their cost is a lot more than boredom, offensiveness or the price of a $15 ticket to watch in real time. 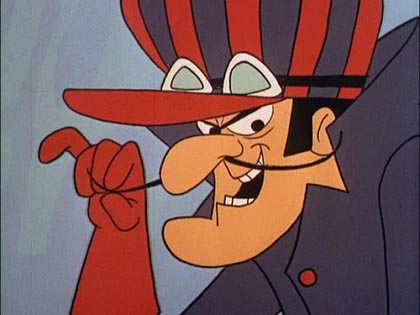 These are not the moustache-twirlers of pop culture past

I teach and mentor Ithaca College students in a satellite L.A. school where they spend a semester interning in the entertainment industry as well as taking classes. But our home campus was all over the news this week for mass student protests over perceived racist incidents and inaction to it from our president. This followed similar demonstrations at the University of Missouri, Yale and other schools across the country.

After reading and watching a myriad of stories via the New York Times, CNN and MSNBC, as well as scouring numerous posts on Facebook (Note: Where we trended in the #1 spot – is that to be celebrated?) and on Twitter, I was amazed. Once you got past the first few paragraphs or sound bytes of news, so many of the comments of our so-called informed adult observers dubbed our students and school with words like “whiners,” “babies,” “sick people,” “socialists,” “jail” and “die.” Yeah, I guess that about summarizes it.

The utter sheer dismissal from so many corners – both liberal and conservative and everywhere in between – was quite shocking to me.   In a non-segregated world there was bound to be a “browning” of America and all this vocal minority (eventual majority?) of young people are saying is that the white power structure needs to slightly alter their way of thinking and reacting to situations they used to categorize merely as misstatements and hard knocks and accept them for what they are – intolerable and offensive.

Of course, the counter argument is statements like – grow up, crybaby, or you’ll never survive in the real world. Well, guess what – as a young gay guy I gained nothing from the numerous times I was called faggot in school or the handful of moments when several teachers made fun of me for a perceived effeminate gesture. In fact, it was just the opposite – years of therapy at a cost of tens of thousands of dollars. If we can provide our young generation a few tools and strategies to deal with these inevitable taunts early on and, yes, in a safer space in college, why WOULDN’T we do it?

Of course, this means listening and understanding their arguments – the arguments of people who are different and with whom we feel we have little in common – even if we don’t agree with them. When the University Of Missouri president finally stepped down from his post several weeks ago in an effort to heal his college community, the Republican Apprentice (Note: Oh, you know who I mean) quickly branded him as part of a group of weak, ineffective people in positions of power at college communities across the country. I should have been the chancellor of that university, he bloviated. Believe me, there would have been no resignations.

But like most trigger happy, lazy thinkers, the ole R.A. did neglect to tell you this one salient fact. There actually was a Trump University from 2004-2010 that is now defunct and being sued for $40 million by the NY Attorney General who has filed charges that this school was operating as an illegal, unlicensed for-profit university that DEFRAUDED its students and bilked them each out of tens of thousands of dollars worth of broken promises and meager results.

I suppose I digress. But only a little.

See, our American Oracle of Healing – Oprah Winfrey – said some time ago that one of her big takeaways from her career as a talk show host and media mogul billionairess is that EVERYONE wants to be heard. When individuals believe they are not being listened to, shunned or even perennially ignored is when the trouble starts. And festers. And becomes something much larger than what it started out. And increases exponentially as time goes by and the status quo continues. Then, at some moment, as writer Malcolm Gladwell so eloquently stated in his international bestseller, there is The Tipping Point and things begin to change – for the good or bad – whether we all like it or not.

One spark is all it takes

No one is defending or justifying terrorism or mass murder. But the world is not a John Wayne movie where a few six guns and some moxie can do the trick. Besides, those movies didn’t have fully developed villains, anyway. You can’t get away with that anymore. Even the new, somewhat disappointing James Bond film Spectre gave Christoph Waltz’s character a personal backstory, which is ultimately how James Bond defeats him (Note: Oh, please, it is NOT a spoiler. Did you think Bond died???).

So as painful as this will be, it might help as the dust settles in the weeks and months to come for us all to try to begin to understand the backstory of this latest band of villains – nee terrorists – in an effort to, if nothing else, stop future attacks. And secure our future – or even – A future.

To this end: I give my students a list of 25-30 questions to ask themselves about their fictional villains. They include: where they came from; where did they grow up; what’s in their room at home; what is their typical day like – meaning what do they do; their relationship with their family; their biggest hurt; what is sacred to them and why; their favorite food and color; unforgettable character; moment they fell in love; job; possession of resonance; sexual proclivities; and age.

Maybe even the name of their pet

I tell my students to answer in depth, superficially and go on tangents. Much of the information they won’t use but if they answer all the questions with thought and feeling they will begin to get an understanding of who that person is and how some of the above, which the audience/world might never even see, informs their decisions. The result will then be a closer to flesh and blood character whose actions will seem perfectly believable given their specific set of circumstances. And if they, the writer, understands the villain, then they can in turn figure out how the hero of their story will figure out how to defeat them at their own game and return the world to stasis– or even better.

Yeah, this is writer stuff and not as adrenaline inducing as rushing into a shootout.  But it works far more effectively in the end and is A LOT less bloody for all parties concerned. Unless blood is what we’re really looking for.