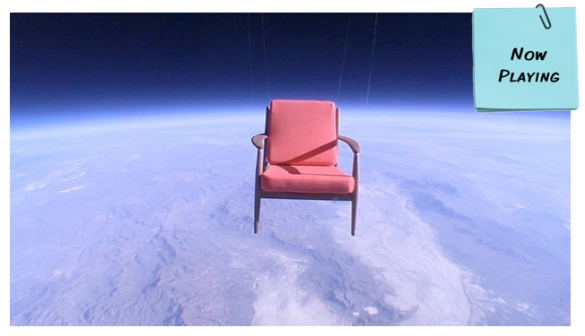 Almost two weeks ago I went to a screening of Interstellar at the Motion Picture Academy. About a day and a half later I had my first ever attack of sinus-related vertigo, which is a condition characterized by extreme dizziness, nausea and vomiting.   Were they related? I’m not quite sure.

Certainly, it is tempting to get on the bandwagon and blame Interstellar for all the ills of the world, including my own. Plus, I can’t for certain say that the film didn’t make me dizzy – both literally and figuratively. But what good does it do to complain about it? For as much as I am stuck with a lingering case of vertigo every time I move my head around a bit too fast, there is no escape from the cultural impact of a new film by a director as renowned and popular as Christopher Nolan.

Maybe I need to borrow his suit?

The most that we all can do is deal with both illnesses – my vertigo and Nolan-mania – as best we can. Of course I, for one, have a sinus rinse, cortisone nose spray and antibiotics to counter the Big V and it’s slowly getting better.   But right now there is no known treatment for Nolan-mania or those determined to spread it around to the rest of us. Certainly, quarantine hasn’t seemed to work as a cure for other recent outbreaks, not to mention it’s mostly unpopular. And in this case, it’s counterintuitive. If we know anything Nolan, it’s that you don’t try to remedy the effects of him or his films with anything that is even vaguely unpopular. 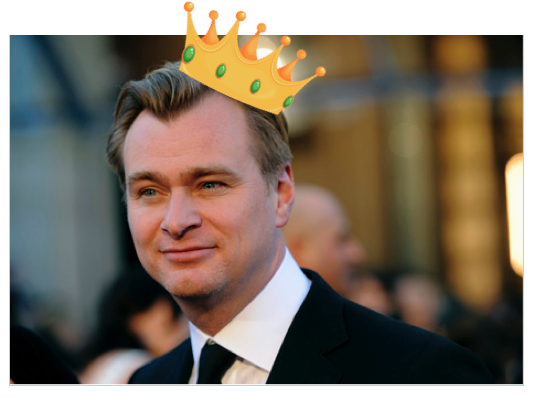 Heavy is the head that wears the crown…

Full confession upfront: there is nothing Interstellar offers to exactly hate but an absence of hate does not necessarily translate into a presence of love. It has its moments, though one would expect that in any movie with an almost three hour running time and a choice from among the best of what commercial Hollywood has the offer in terms of above and below-the-line talent. But what it has little of is sustained and coherent dramatic tension as well as a plot that is entirely discernable to those who have never studied astrophysics. Not to mention it has nothing truly original to say in the final analysis, that is unless that message was encoded and transmitted in a way that only people in another galaxy or time dimension could discern and then explain to us naysayers in simpler terms – which is certainly possible given the atmosphere Nolan-mania has us now living in and the literal lack of it we get in the film itself. And NOTE: No, these are NOT SPOILERS (not that you’d understand them if they were). NOR WILL THERE BE ANY!

The one indisputable piece of good news here is Interstellar is an attempt at taking chances and doing SOMETHING, even though a dizzy, cloudy-headed, middle-aged sinus sufferer like me didn’t quite get what that was or at least can’t recall it. And this is very much better than the choice to make NOT VERY MUCH NEW or NOTHING MUCH BUT MONEY that most big studio movies/filmmakers are opting for these days.   So one supposes sickies like us – meaning we who have somehow avoided the disease of Nolan-mania but are nevertheless still considered ill in the culture as we know it – should be grateful. And to answer your next question: Yes, it has truly come to that.

I happened to catch Interstellar with two other screenwriter friends – both of who went to film school – which I didn’t – and both of who have more major studio writing credits than myself. In my mind, this somehow means they were more likely to be bigger fans of the previous three hours but this didn’t turn out to be the case. One liked it a bit more and one a bit less than myself but we were all in the general ballpark of – huh??? Still, given what we’ve all experienced in Hollywood during the last decade we all agreed we were happy a movie that was trying something “different” – though none of us quite could verbalize what that was – was at least given the green light. 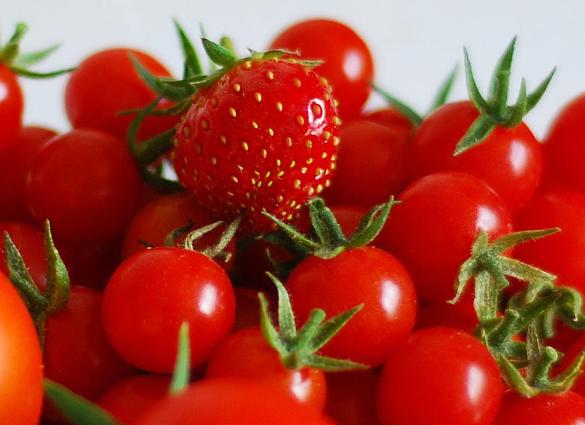 One of these things is not like the other…

Given the fact that I can’t let a subject drop – as should be evident by now – I couldn’t help but then pose this imaginary scenario to my two friends:

If you had submitted this screenplay in any of your screenwriting classes, what would have happened?

One immediate answer was: “Oh please, it would’ve been ripped to shreds,” and the other was a non-verbal head shake which I translate to, “Are you kidding, even in my most neophyte writing days, this is nothing that I could ever do because I would never, ever write anything as pretentious as this.”

But more telling was the follow-up one of my Nolan-immune buddies posed:

“Suppose we each submitted this to our agents or managers?” Before I could even answer he jumped in. “I can tell you what would happen, they’d NEVER send it out. They’d throw it right back at you. But Nolan has earned the right to do whatever he wants.”

Yes, this is true. And well deserved because this is how the system we’ve all signed up for works. Yet as the Spiderman comics themselves at one time wrote, and the Spiderman movies decades later once offered:

(Note: Most sources credit Voltaire for first coining this phrase. Still, Stan Lee adapted it to modern times and who am I to argue with the one guy who has probably out-Nolan-ed Nolan?).

Another perspective on this is what that same writer friend, who also happens to be a parent, quickly added:

Sometimes it helps when there are people to tell you NO.

This speaks to the imagined nirvana for most of us doing creative work – a world where we can do whatever we want, a place where there are little if any “no”s, and a situation where we are both paid and given almost unlimited money in order to make our visions come true.

Hmm, be careful what you wish for or at least consider if you are always the best judge of what you are wanting.  Because above all else there is always one ultimate power – your audience.   No one can ever take away your artistic power to do anything what you want but a lack of audience disposes of the money and creative freedom in Hollywood as quickly as others think it seemingly came. This can be problematic once you get to a certain place if you’ve gotten used to the perks or enjoy making a sizeable living. Sure, it’s a high-class problem but then again – everything is relative. There are those back in your hometown who fantasize daily about living yours or my dingy little non-Nolan-like life – especially if it has anything to do with show business.

One of the oddities for me of Interstellar was how much its first act reminded me of… Michael Bay’s recent Transformers 4: Age of Extinction.

The same life-has-passed-him-by scientifically handy good ole boy Dad, the similar spunky daughter who has always been Dad’s favorite and is probably a tad too much like him, and the identical heartland Americana setting where the American flag is sacred but its citizens have somehow been betrayed by a government that has either disappointed them, betrayed them, or out and out lied to them. There are secrets, there are shadow corporate interests and there is the advancement of technology that might or might not destroy, betray or save the world.

Well, one supposes the way you make a tentpole film is to somehow tap into the mythic family and the Heartland (whether it be faux Nebraska or Texas), right? Hmmm, not necessarily. No one makes a blockbuster tentpole like James Cameron but not even Avatar or Titanic chose to delve in so obvious a territory. Not that those two films both didn’t have faults and employ archetypes but somehow it felt as if, well – they had a bit more coherence, emotion and well, dare I say it…honest humanity? 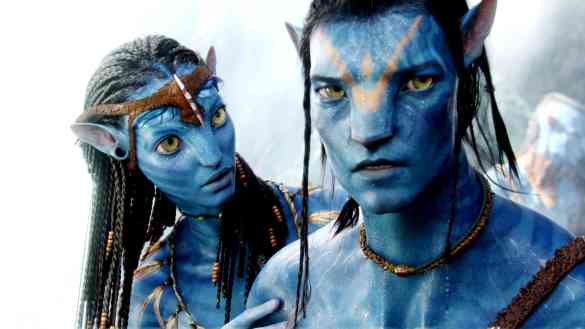 … and I just remembered they were blue

Part of Christopher Nolan’s appeal and originality is that his films are a bit colder and more brittle and that is certainly an admirable stance to take rather than to drown viewers in bathos. It’s what makes his take on the Batman films so compelling and how movies like The Prestige and even Inception – both of which have emotional characters making odd and sometimes even distancing choices – work as well as they do. It’s also part of what put him on the map to begin with in Memento – a movie that perfectly employed his high intellectuality with the very flawed and/or too perfect husbands or former lovers he likes to put at the center of his movies.

This, among many reasons, is why Interstellar is a head scratcher. It’s good that it’s not Transformers or Gravity or 2001: A Space Odyssey (a film Nolan himself admits was an inspiration here) but – exactly WHAT IS IT???

The only thing I can come up with is an overly long studio film with technical Irving the Explainer speeches that feel as if they were written by the guys or gals who want to get paid to author books like Stephen Hawking for Dummies but are not quite yet masters of the craft. But Christopher Nolan is at his best a master of film. That’s why Interstellar is so confounding for so many of us, and why we can’t drink the Kool-Aid. To do so would be like saying we enjoyed a Big Gulp that has sat out in the sun for too long and lost its fizz.

One thought on “Chair in Space”