I received an email the other day that the Center Theatre Group will be presenting the first ever L.A. production of David Mamet’s 2009 Broadway play, Race, at the end of the month. Now, normally when there’s a new (or even newish) Mamet I’m there. Even if the play doesn’t quite work for me, Mamet’s a master provocateur and always writes about stuff that either interests me greatly or fascinates me deeply, albeit from a safe distance.

Yet I found myself physically recoiling at the idea of giving Mr. Mamet even one nickel since he’s turned into a right wing conservative and gone on a diatribe against brain dead Hollywood liberals. Not that I’m in an upper enough tier of Hollywood to even be considered as such but, well, I do live here, am a writer and most certainly am and always will be a LIBERAL. 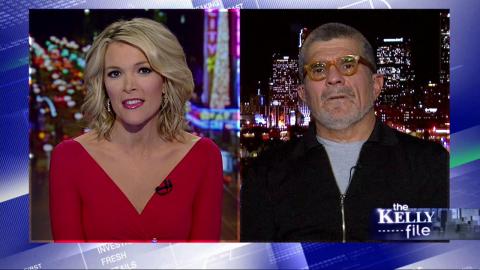 By the way, many friends of my parents’ assured me this would change as I got older but it has not yet occurred – nor do I ever expect it to. Perhaps this is because when they said it they didn’t realize I was gay and thus failed to take into account the unlikelihood of me ever belonging to a political party that legislatively hates the idea that I exist. Well, what else am I to think when the overwhelming majority of the literature and leading voices from the Republican Party – an umbrella coven for conservatives that comprises one half of all major political covens parties (that would be two) in the U.S. – throw a major temper tantrum every time a new law is amended or passed guaranteeing me the same rights as everyone else?

Of course, what are they and any of us to make of the approximately 1 out of 5 LGBT Americans who still belong to said coven and, when confronted with the paradox, claim to be working for change from within? How do I know they answer this way? Well, that’s the response I’ve gotten for approximately 25 years of asking the question calmly. If any other excuses were offered I was probably seething, yelling or being physically restrained from strangulation (Note: theirs) at the time so I might not have heard them.

The gospel according to Kathy

But back to Mr. Mamet and the five pennies of royalties (I’m estimating the amount based on his shelf full of awards, including the Pulitzer Prize for drama) he will not be getting from me this time.

I do realize I am being a bit short sighted here. I mean, how are any of us to rectify our political and social points of view with our choices as consumers? For instance, I vowed I would never ever buy Barilla pasta again since last year their CEO proclaimed gays unfit to raise children — and haven’t. Yet last weekend I conveniently forgot this and a box of their multigrain rotini snuck into my basket at Gelson’s because I wanted to make something healthier and lighter for Sunday night dinner and the Significant Other wanted his favorite tomato eggplant toss to cheer him up.

Well at least after this week’s news, I can go back to Target!

This summer a friend brought my attention to the website hollowverse.com, which has massive lists of the political and religious affiliations of the rich and famous in show biz and other bizzes. This dear friend, who is even more liberal than myself if such a thing is possible – and most certainly more virulently vocal about it (which doesn’t seem possible but is) – will do whatever is necessary to avoid the work of any single person on the list who voted against his beliefs. And if they do appear in or make something he does have an interest in seeing or buying he will be begrudgingly hard on them and their work now and in the future – voicing his disdain for them to whoever he meets – meaning many, many, many people. I can’t say I haven’t done this and still don’t continue to do so at times. On the other hand, I find it quite tiring at other moments and just want to turn it all off and put on HGTV – a place where no one has politics and everyone advocates for an open concept, or at least secretly longs for one.

Gay or straight I think we can agree this much space would be fab.

The other problem with that website, as I pointed out to my friend, is that like all websites it markets in the occasional inaccuracy. Case in point: it lists Anderson Cooper contributing to the Republican Party and, by inference, claims he is a member of that coven.

Trust me, Anderson Cooper is NOT a Republican,! I insist to my friend.

He’s gay, he’s best friends with Kathy Griffin, and he lives in New York. Plus, I know someone who used to sleep with him (Note: Which gay guy in America doesn’t) and, well, he would have mentioned something.

When my friend still wasn’t buying it I pulled out the Trump (not Donald) card:

Listen, he’s a Vanderbilt and is probably on one of their boards that contributed and his name got attached. Seriously!

I mean… this is who he’s photographed with. Let’s be real, people.

That seemed to calm him down but only slightly and I’m not sure it will hold in the long term. Unfortunately, it also got me to thinking – what if I’m wrong? Well, thank God (or whoever you imagine Her to be), AC doesn’t have a show on HGTV or I would be in serious trouble.

Of course, when Tim Robbins and Susan Sarandon came out vociferously against the Iraq War in the post-9/11 climate, they were lambasted in much of the mainstream media, referred to as anti-American by many others on the fringe (Note: Is there a worse epithet from the extreme right wing except maybe being gay, poor, an immigrant or an unwed mother on food stamps?) and, as a result, their star power suffered.

Then there’s Jane Fonda – who has still not been forgiven by a group of my friends’ more conservative fathers for her virulent opposition to the Vietnam War. Forget that the years have pretty much proven all three of them correct – well at least in my unbiased left wing opinion. 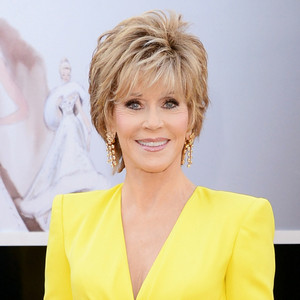 But maybe looking this good at 76 should make me hate her?

Do you not go to any of his movies if you believe any of the accusations hurled at him about his personal life by his estranged daughter Dylan Farrow; his ex-long term girlfriend, her mother Mia Farrow; and his estranged son, MSNBC’s Ronan (formerly Satchel) Farrow? (Note: The latter could conceivably be Frank Sinatra’s child in the final analysis, making his expertise on the subject almost beside the point, though the circumstances of his birth certainly could contribute as to whether members of any coven at all believe the accusations (or anything else) coming from the mouth of mother Mia).

Well, if I were a character in one of Mr. Allen’s movies I might avoid answering the question altogether and say this:

I don’t feel entirely comfortable equating Woody Allen to the artistic works of, say, Leni Riefenstahl – who filmed aesthetically seductive Nazi imagery under the protective wing of Adolph Hitler and German nationalism in the 1930s. Still, is her work on Triumph of the Will and Olympia 1 & 2 any less, well – beautiful – because what it sells is abhorrent? Can’t you admire the art while repeatedly hitting the artist with 3 dozen baseball bats and a sack of manure until she dies, you nihilist you?

I found myself making this very argument in my mind last week with all the publicity surrounding the HBO broadcast of its Nixon by Nixon – a documentary that included never released secret tapes from the former president. (Note: Yes, there were more of them). I really loathed the guy and his politics, even as a young teenager. He smeared Helen Gahagan Douglas in order to win his first seat in the US Senate; hated the free press and sought to control it; and sold the country a non-existent bill of goods about a secret plan to end the Vietnam War in order to get elected president in 1968, taking four years plus to do it as many thousands of young men died needlessly. Not to mention finally capping it all off with using an illegal financial slush fund and his vast presidential powers in order to spy on political opponents via the Watergate break-in and then lying about it, thus bringing down his presidency and almost the entire country in the process.

Add to that the guy was a classic Jew hater (Copyright Woody Allen) as confirmed on his new (and old) tapes, his “friendship” with Henry Kissinger notwithstanding.

Nevertheless, as a young man I still did watch the entire 1977 broadcast of Nixon’s multi-part interview with David Frost about all things Nixon, including Watergate – and waited for him to say anything to make me understand where he was coming from at the time. So I did and still do want both sides. But with some people or in some cases we all finally just have to say ourselves:

Enough is enough and really, I have little to no interest in you or the warped POV you rode in on anymore.

This is not necessarily a good thing and the truth is I will probably weaken and watch at least a portion of Nixon by Nixon at some point because I like to stay current.  Yet this also doesn’t mean I have ever quite forgiven Diane Sawyer for going to work for Nixon in the White House (as a press aide from 1970-1974) through the writing of his memoirs in her younger days and then using that experience to advance her career. In fact, it’s always caused a larger dollop of doubt in my mind about anything she’s said as a news anchor despite her sweet as silk, honey-dripping delivery and smile. Yeah, she married Mike Nichols and show business friends who know her tell me I’m being ridiculous, petty and small-minded because I’d really like her if we met. And to this I answer:

I might be ridiculous and petty but someone with a truly small mind would not remember the fact that she worked to maintain and then rehabilitate the image of the most corrupt president in US history. AND got paid handsomely for it.

Of course, everyone we support (even ourselves) has probably said or done something we disagree with or perhaps loathe. Certainly every time we buy a product manufactured by a corporation or large institution we put what little is left of our high-minded moral principles in jeopardy because if some magical fairy (Note: Not Me) were able to take the time to learn ALL the facts about what we just bought or who we bought it from, the world economy and everyone in it would come to a disquieting and paralyzing standstill.  I’m thinking Ben & Jerry’s Ice Cream might be one of the rare exceptions, though that too could be wishful thinking. After all, there must be a conservative, anti-gay version of the two hippies who built that billion dollar empire somewhere in this world – though perhaps none living in Vermont who made their fortunes making highly fattening dessert items. Still, I can’t quite claim to know any of that for sure.

What I do know is that I have zero plans to see the new Mamet play at the Kirk Douglas Theatre this month or any other month, at least for right now. That’s MY five cents – for what it’s worth. It may or may not concern Mr. Mamet in the long run but is certainly not going to him any time soon.

6 thoughts on “Your Evil Empire”