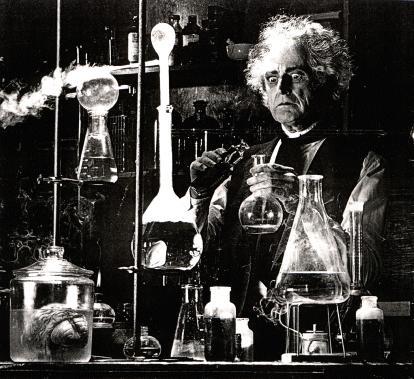 As a teenager I remember standing on line in the cold for two hours to see The Exorcist in Manhattan during its first week of release.  It was a thrilling, scary and overall fantastically fun experience.  I met a group of slightly older, cool people I got to hang out with, the movie was that rare combination of smart AND frightening, and I drank wine from a bottle someone had bought at the liquor store down the street so we could all stay warm.  All of this then added to the major buzz that I already had for being so in the know.

Never mind that news reports of several members of the nationwide audience suffering heart attacks at the sight of Linda Blair’s 360-degree head revolve turned out to be false. I felt like the hippest person on my block in Flushing, Queens for the next day (or was it month?) because, let’s face it – after that evening I was.

Do we all really enjoy going to movie theatres anymore?  Or better question – do we really all still enjoy movies, at least the way we used to?  Well, the answer to that is, I guess it depends.

Clearly, we don’t enjoy waiting in/on line.  Okay, maybe the latter is just me getting older but I’m not entirely convinced.  This is partly because of how popular it’s become to buy your tickets in advance and print out a reserved seating bar code you can just scan at the door, and partly because of the new subset of people who actually make a modest to decent living being paid to wait in line for all sorts of things by those wealthy or clever enough to avoid any form of human interaction they deem to be unnecessary.

Of course, both movies and movie theatres are far different today than they were in the early 1970s – a time period that is now looked on as a bit of a cinematic golden age.  And even if we ARE excited at the anticipation of going out to see a new film, forty years ago we didn’t have the option of watching it at home via a decent size screen of our own on exactly the same day the rest of those poor suckas or cooler than cool Manhatttanites (take your pick) were braving,  well – the cold.  Not to mention their fellow man.

All of this being the case, I decided to try a little experiment this weekend.

AT THE MOVIE THEATRE

Pre-movie assessment: A big action movie with smarts and a story by the filmmaker who did the superb District 9.  It promises to be what we now commonly call a real movie movie, employing all the bells and whistles of today’s technology.  Also, both of its stars lean towards playing real characters involved in at least a semblance of a story.  It demands leaving your crib. 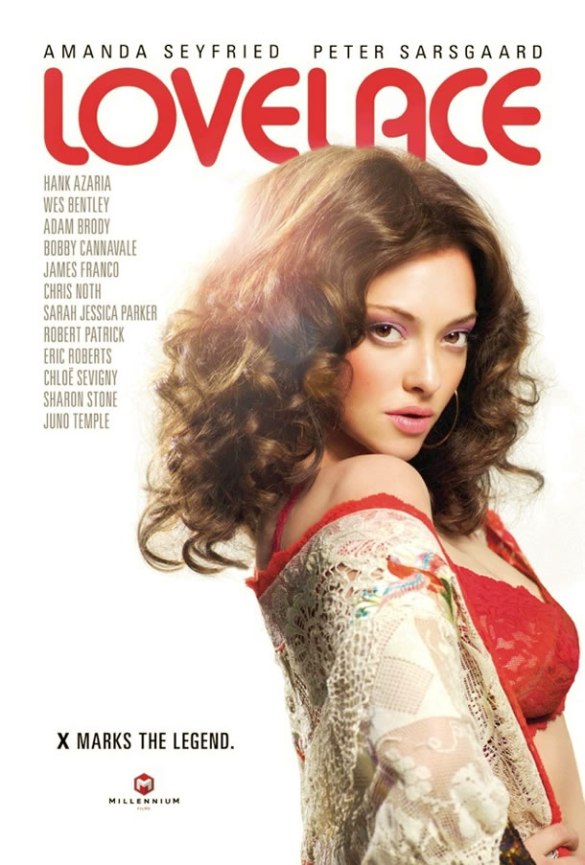 Elysium at the Movies

I’d like to report that theatrical filmgoing is alive and well and not going anywhere but I can’t.  Not that this was an awful experience and not that the movie, itself was awful.  But they weren’t particularly special either.

Elysium is one of those films that should be great but isn’t.  It’s better than average, which is far preferable to being bad.  Technically it delivers well, the acting is all around very good, and for an original screenplay the story is fairly original.   It has some depth as it explores a particularly dystopic future world of the have and have-nots, plus, in the tradition of the best of sci-fi films, it attempts to be politically relevant (its issue is immigration) even though it doesn’t entirely succeed.  Okay, points for trying and bigger points for not bowing to the ridiculous and laughable in order to shoot off a few more special effects (are you listening Man of Steel?).

Looking at you Mr. Cavill

So why am I not at least a little excited?  Because that’s not enough to pry people out of their pods these days.  Sorry, it just isn’t.  District 9 was a bizarre alien story done documentary style that came out of nowhere and seemed to be accidentally relevant – a discovery.  Elysium screams big movie, teases us with a story, and then never delivers with enough clever twists and turns/depth of character or – and I hate that I’m saying this – particularly spectacular special effects.  Not to mention, Man of Steel has grossed more than a third of a billion (that’s with a “B”) dollars worldwide being mediocre.  In order to dissuade studios from giving us more than movie theatre mediocrity, bigger original movies have to exceed the bar of just sort of good.

As for the movie theatre experience itself, here’s what I got.  No line to buy a seat and only one couple ahead of me on a line inside to scan my credit card and print out my reserved seat.  The theatre lobby was huge – huge enough for groups of people to talk amongst themselves and to no one else they didn’t know. 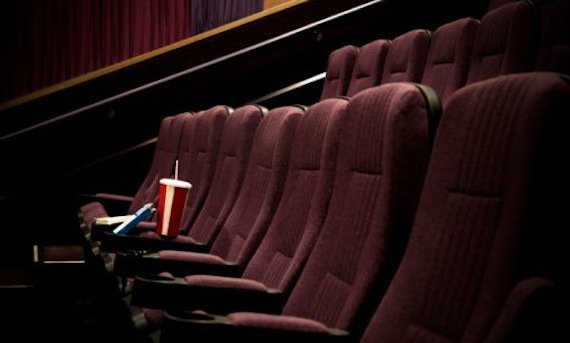 The theatre itself was fairly clean, though not spotless.   It was mostly full but not sold out, probably due to the fact that Elysium was also playing on two of its other 12 screens just a handful of yards away.  Excitement in the air?  Not really, especially after watching eight trailers (yes, 8!).  The biggest in-theatre audience reaction trailer– Jackass presents Bad Grandpa. (Note:  I didn’t laugh once).  Only film even mildly interesting-looking to me:  George Clooney’s Monuments Men, though I can’t say it’s a must-see.

My seat was comfortable, no one near me was on their cell phone or felt the need to talk to their neighbor and raked seating plus a polite crowd guaranteed I had a full view of the show.  The sound was excellent, the screen was big and my popcorn was stale.  Was it worth venturing out of the house?  Eh.  I don’t regret it but I wouldn’t run to do it again if I can’t get even a contact high of crowd excitement on opening night.

Final Verdict:  I wasn’t expecting anything close to The Exorcist yet it wasn’t even close to the fun level I was expecting.

Final Grade: B or B minus – depending on how generous I’m feeling at the moment.

Amanda Seyfried is convincing, Peter Sarsgaard as her awful husband is sleazy enough to make you want to take three showers (and you can, because you’re at home), while James Franco (the original choice for the part of the husband) has thankfully been bumped down to a brief bit playing Hugh Heffner that doesn’t do much.  Sharon Stone in a sexless black wig as the somewhat sexless bleak mother of the decade’s biggest star of sex is believable – which I suppose is some sort of achievement since Sharon Stone was a bit of a legitimate sex goddess herself two decades later.  But is what we’re believing all that interesting?  Not particularly, or perhaps not particularly enough.

The filmmakers capture the time period perfectly; the movie’s well made on a fairly low budget and it’s never boring.  But neither is it ever exhilarating or exciting or frightening enough.  You get the feeling you’re watching a cable movie not because you’re viewing it at home on television but due to the fact that its style, substance and/or storytelling doesn’t grab you in the way a theatrical feature about porn – say Boogie Nights  – needs to.  Lovelace is amply watchable but it never compels you – most certainly it isn’t compelling enough to view outside the comfort of your own home on the big screen.  Which is a shame. 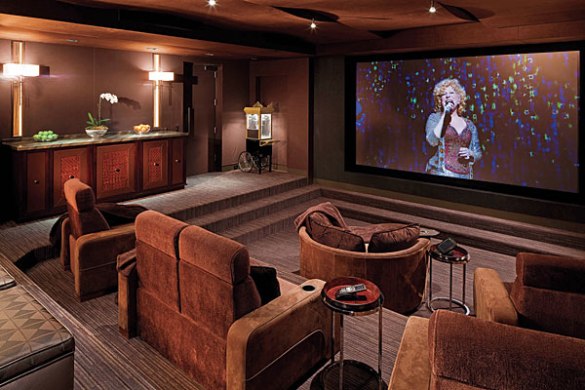 * Not my living room, but how could I not post a movie night with Bette?

Note:  It’s about as easy as it can be to watch a film VOD (video on demand).  I mean, seriously – you type in your choice of film on the search function of pay movies, it comes up, you push the button and, for $7.99 you get it for two days.  How much would it cost in a movie theatre?  Double that price, plus add for refreshments, parking and combat pay if you’ve got noisy neighbors.

Final Verdict:  For a movie about sex, I got more thrills, albeit of a different kind, from The Exorcist than from Lovelace.  I don’t think it’s unfair to say that somehow I expected more.  Though it was sort of fun to relive the seedy seventies and, the more that I think about it, the more I want to say that Sarsgaard plays a superb scuzzbucket, if you can stand it.

Final Grade:  B or B minus, depending on how generous I’m feeling at the moment.  Yes, that’s the same grade as the previous film and no, that’s not a typo.

It’s not that the screens that are getting smaller and more private, it’s the films that are getting more undemanding, less exciting and to a whole new level of oddly generic.  A lot is made about the circumference of your tablet or the quality, sight and sound of you and your venue.  Yet it’s not about that at all.  The only thing this experiment has taught me is what I’ve always known.  In the end it’s all about what you’re watching – not how you’re watching it.  In deference to Marshall McLuhan – the medium is not the message – the message still is.   At least to me and a few select others who remember a time when that wasn’t the case and long for a time when it will be again.  But perhaps we’re dinosaurs.

3 thoughts on “An Experiment”