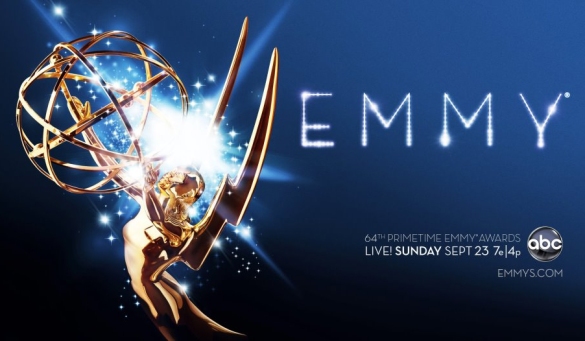 I knew awards shows were getting out of hand when several decades ago my Dad started asking me for inside information. This was because Las Vegas bookrooms were posting odds and taking bets on the Oscars.  We had a few good runs over several years  (a mint was made on Sofia Coppola winning best original screenplay for “Lost in Translation”), but recently Vegas wised up.  Their odds now give bettors such a low chance of return on their money (you have to put up something like $500 to win a mere $50 on an even a vaguely probable winner) that it’s barely worth it. The exception, of course, is hitting a year when someone like Marisa Tomei scores the upset of the century and gets gold for “My Cousin Vinny,” but we all know what the chances are of winning anything significant for acting in a broad comedy, right?  I mean, this isn’t politics.

There is even less chance and reward for figuring out who will win television’s annual Emmy Awards but that doesn’t stop all of us from jabbering on every year (or at least the weekend before the broadcast) about who will take home the sharp-winged lady. Seriously, have you ever held one?   it sort of feels like a murder weapon from an old Agatha Christie novel.  For those under 30 unfamiliar with Ms. Christie, think…oh, never mind… 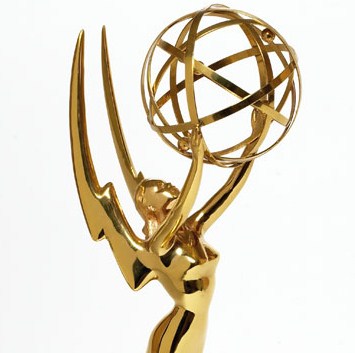 That bitch will cut you.

Anyway, in the spirit of competition – and because the Chair will be attending and live blogging Sunday night’s Emmy Awards from the Nokia Theatre (hint hint, visit the blog)– but mostly because The Chair LOVES being embarrassed by making wrong predictions. The following is a guide to the winners AND losers of the evening.  But not all of them because there are approximately 963 categories.

Disclaimer:  There are also now approximately 963 TV channels so there is NO ONE in the world who can possibly judge who will win television’s highest honor (isn’t the latter syndication money?) both intelligently and accurately. Luckily, intelligence and accuracy are not particularly valued at this time in our history.  So – here goes. 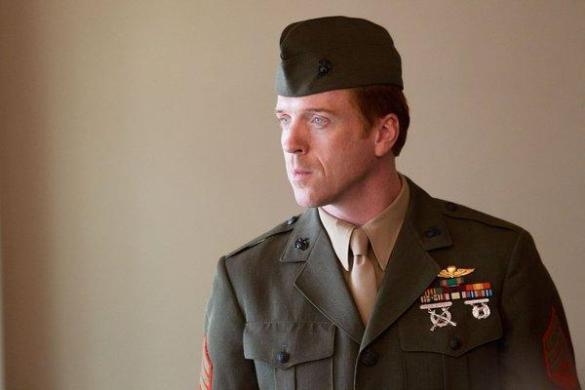 Something about a man in uniform

Jon Hamm’s Don Draper has never won an Emmy?  No.  He should win this year, especially since MM’s creator Matt Weiner specifically wrote one of his Emmy-nominated scripts this season specifically to give the star a chance to show off by playing everything from seductive abuser to vomiting sick husband over the space of 60 minutes.  Still, fan favorite Steve Carrell was never shown Emmy love for The Office and it seems to get tougher to get the crowd’s attention as time goes on.  Enter Damian Lewis, a British actor playing an American POW turned potential terrorist in the first season of the much-heralded Homeland.  Enuf said.  Except that all of the actors in the category are as deserving.  But especially Jon Hamm (did I mention Jon Hamm??) 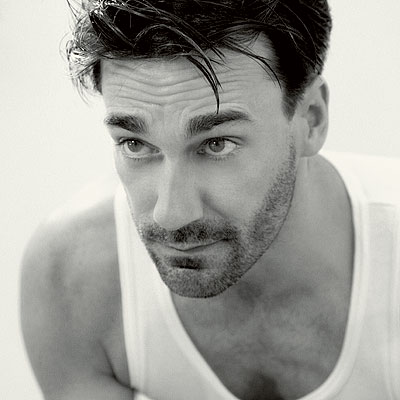 Claire Danes portrayal of a brilliant and bipolar CIA agent is astounding.  She will win.  If she doesn’t win, she deserves equal attention as loser du jour because, in case I didn’t mention it, she’s brilliant in the part.  Really enuf said.

I’m taking the word of too many of my friends who say I’m an idiot for not regularly watching Breaking Bad.  So at the very least I have to acknowledge their insistence that Esposito will win.  Though I am a Downton Abbey fan (you can’t be surprised by that), no one role on the series is showy enough to take Emmy home.  Dinaklage and Paul are quite good but don’t have the heat behind them this year.  Jared Harris does, especially since it’s not easy to be convincing for more than a few moments as a hanging corpse, much less through a whole series of scenes.  Still, I’m predicting a Mad Men backlash in as many categories as a television awards show can muster because the broadcast networks are fed up and jealous. 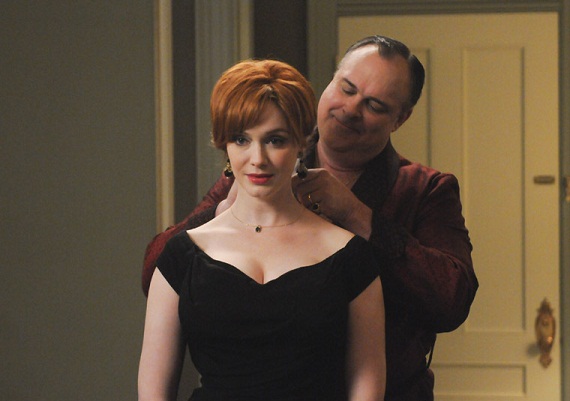 Any TV watcher knows these are all terrific actresses.  However, sometimes an episode comes along during a season where a character and an actress are asked to make a turn so shocking that, if it works and works well, you need at least a new VW bug (I have an old one) to cart all the accolades away.  Such is the case for Christina Hendricks and what she had to endure playing poor Joan this year.  If you haven’t seen The Other Woman episode I’m not going to spoil it other than to say – I’m still upset!  But I mean, then there’s the Dowager Countess, who is of course brilliant. Snide, funny and wicked… I kind of want to see her reaction when she’s snubbed. 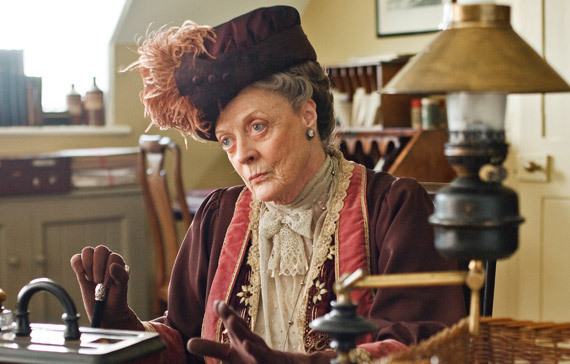 Speaking of cutting a bitch…

Outstanding Leading Actor in a Comedy

Jim Parsons is hilarious in a very broad, traditional three-camera sitcom fashion.  The problem is he’s doing the same performance year after year and has lately won year and after year.  Since in some circles television is all about entertaining repetition (and it feels like Alec Baldwin has been coasting a little bit as of late), expect JP to take the stage.  Like the even more wicked offspring of Larry David, expect Louis C.K. to be similarly ignored.  He’s so good he makes it look soooo easy.  And that rarely gets you an Emmy.

It’s Amy Poehler’s time and she’s never won.  And she deserves it for not only a great season but for helping steer a show that had a less than auspicious creative debut into one of the best half hour comedies now running.  As my friend says about Zooey Deschanel – she’s adorkable and that’s hard to do every week on television.  Plus, she’s has also taken a show with another less than auspicious pilot and made it much better than anyone could have ever expected.  But – it’s not her time.  Yet. 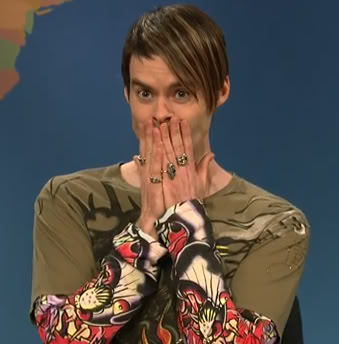 One word – Stefon.  The Modern Family guys are good but still doing the same shtick.  Max Greenfield is good but it’s not his…well, you know.

Outstanding Supporting Actress in a Comedy

Seriously, this IS Kristin Wiig’s year.  I mean, even The Chair was touched when Mick Jagger sang her sendoff on her last episode of SNL this season.  Plus, there was the Liza Minnelli Turns off A Lamp sketch. 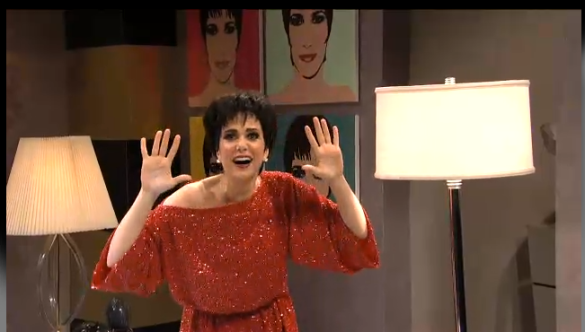 KW also co-wrote and starred in “Bridesmaids,” the biggest grossing (and grossest) comedy of last year.  You can’t stop a tidal wave.

Loser:  Any episode of Mad Men

There is nothing on television as consistently original, thought provoking and chance taking as Mad Men (have I said that?) – especially when one considers its fifth season was probably its most risky.  Yet Homeland managed to take the suspense/political conspiracy genre to an entirely new level with an equal marriage of plot and character.  Any writer knows this is nearly impossible to do yet what most every dramatic writer strives for.  Kudos. 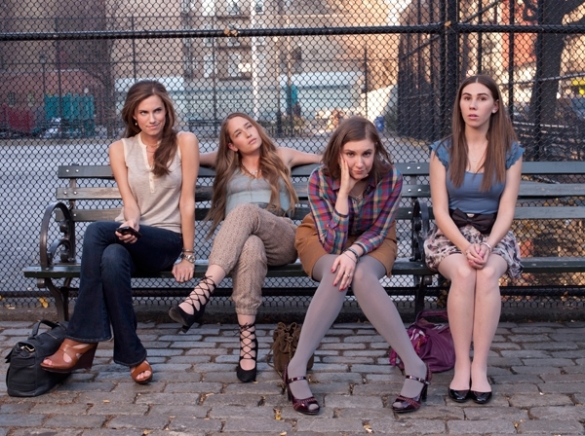 Loser: All of the other writers

Originality tends to be most rewarded in the writing categories, particularly in comedy.  Lena Dunham is a triple threat Emmy nominee (writer; director; actress) this year but it’s her unique worldview in Girls that makes the show so special. Some see it as comedy.  Others see it as tragedy.  We see it as winning.  An Emmy – not the Charlie Sheen kind.

Outstanding Miniseries or Made for TV Movie

It’s too hard for television to resist Julianne Moore’s Sarah Palin or a chance to twist the dagger a little deeper into everyone’s favorite political mean  gal. (Ugh, please don’t write and say I’m sexist – she is mean!  And I crossed out girl, didn’t I?!)  Is Game Change the BEST in this category?  Well, no.  That’d be American Horror Story.  Because it’s the sickest, most wickedly funny and oddly twisted dramatic thing to come along in quite a while.  True – it’s not perfect by a long shot but isn’t that what makes it so great? (that’s rhetorical).

Girls is disturbing, uncomfortable, funny, sad and even slightly full of itself.  Just like life.  It is also new and different and even a little creepy so it won’t win even though it should.  Look for the entire cast and creators of Modern Family to go traipsing across the stage.  It’s a well-done show, but more importantly, makes people in network television feel hip and contemporary (which very few of them or even us are, especially those of us making snide remarks about other people’s work).  However, Veep?  Really? 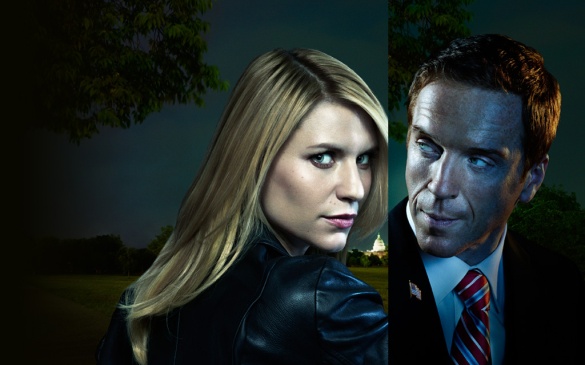 Don’t turn… away that is.

Mad Men is THE best written, acted and everything else shows on television.  There is NO debate about this.  Sorry.  And one could argue that this past season was its strongest.  However, if Matt Weiner & Co. walk away with best drama series this time it will be five years in a row and those who work in the TV industry aren’t ready to make AMC a record holder of anything.  Homeland is a more traditional show but brilliant in a different way.  The other nominees are also all excellent series.  This is the rarest of rare “embarrassment of riches” category.

OK, now it’s time for you to share your predictions in the comments, and join The Chair on Sunday, starting at 8pm EST/5pm PST for a hashtag filled moment-by-moment biting Emmy commentary. #JimmyKimmelwantstoknow

4 thoughts on “Place your Bets (and lose): The Chair’s Guide to the Emmys”