There are few things more annoying to me than an art snob. That endless debate about high and low art where the snobs turn their nose up at specific artistic endeavors – meaning the commercial kind, the childish kind or even the basic kind – in favor of what they perceive to be masterworks that have not gained mainstream acceptance. This group also doubly bridles when others often criticize their masterworks for being slow-moving, esoteric, sad, depressing, overly intellectual, confusing, distancing or, at the end of the day, just plain boring.

This argument cuts equally the other way. For there are also those who are consistently determined to leave what little bits of brains they have remaining at the door and dismiss anything on film, television, the stage or even at a museum that challenges them to spend more than a second or two pondering or, heaven forbid, processing its meaning. The adjectives this group – the anti-snob snobs — apply to their hate list usually begins with pretentious and ends with high-fallutin’.’ Translation: Anything that doesn’t immediately make me laugh or cry is beyond the ability of a reasonable person (Note: ME) to understand and enjoy and therefore is not worth my time. This, too, is snobbery, but of the mainstream kind.

Ugh. Is this movie in black and white?

Of course, neither of these forms of elitisms is to be confused with the most treacherous – the financial and/or critical version. Meaning the amount of money a creative effort makes in relation to the cost or how many experts write complimentarily and eloquently about it is the real bottom line of its value???

Simply put, just because your latest favorite film has grossed a billion dollars worldwide is not tangible evidence it is great. Money is not necessarily proof of artistic talent. It is evidence of a talent for moneymaking. Similarly, a handful of rave reviews from your fellow intellectuals and/or critics who always agree with you does not prove the new piece of cinema which didn’t get theatrical or even VOD distribution but you so, so enjoyed is better than anything playing at any random multiplex anywhere in the world. Nor does it give you a pass to boast voluntary ignorance or giggle derisively when someone mentions it might be worth your time to check out a really fab new limited TELEVISION series they saw with their kids and spouse at home one Saturday afternoon while lounging on the sofa.

Full confession: I was a film and television critic for Variety many decades ago and used to fight these battles daily with fellow co-workers, studio executives and other critics – as well as with many in my family and friends. There is a reason why the saying, Everybody has two businesses – their business and show business has stood the test of time. People get very emotional and are very invested with what they find good and bad on the cultural landscape.

This is why comments by Variety’s chief film critic this week proclaiming his total ignorance about contemporary television – as well as an article in Filmmaker magazine that boldly declared TV IS NOT THE NEW FILM (Note: You could almost hear the writer shouting it off the page) really got my goat. Oh, and add to that writer/director Ethan Coen’s response to a question at this year’s Cannes Film Festival, where along with his brother Joel he served as grand jury president, about the much-acclaimed TV series version of their hit film Fargo.

It’s not that I don’t like TV. It’s alien to me.  I haven’t watched a television show in decades.

Oh yes, he was just being honest. The same way Variety’s Justin Chang was truthful when he wrote about the Cinema vs. Television debate in a gee whiz sort of way:

I would have to bone up on years of neglected TV watching before I could hazard a guess — as it stands, it feels like an apples-and-oranges comparison, and one where I don’t have the clearest idea what oranges taste like.

I suppose this was better than what Mike S. Ryan proclaimed in Filmmaker.

As much as I love Breaking Bad, The Wire, Mad Men or Twin Peaks, as great and as groundbreaking as those shows were, they are still not Cinema.

Oh, why is it whenever anyone says or writes the word cinema I want to stick my tongue down their throats and get them to spit up a hairball? 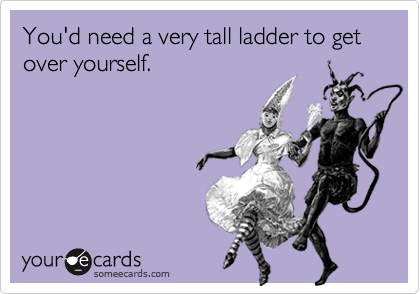 The reason this has surfaced is that the upcoming Toronto Film Festival has decided to follow the lead of other film festivals all over the world and feature one of two programs this year devoted to television i.e. the pilot episodes of several new series viewers will be treated to later in the year.

The immediate reaction of critics like Chang is to sniff they were just too busy with CINEMA to watch contemporary television, even the superior kind. It seems like it’s even the inferred response of a prominent film artist like Mr. Coen, who treats the mere mention of the medium as some rare oddity from outer space he, as an earthling and non-scientist, has just not had the time or education to get familiar with.

Frankly, I’m amazed at these reactions.

Certainly everyone has the right to sample what they choose to or have time for. We’re lucky to live in a world where there are so many possibilities of art to sample with the click of a button. But this is the same reason for any evolving artist and/or critic to try and take a little bit more time to survey the contemporary world if they want to continue to remain interesting, or even relevant.

This past week I stood in front of three different small groups of students in the first classes in the college semester where I will guide them as they formulate and execute any number of screenplays, television pilots and spec episodes of existing series. These are all smart, aware and active young people in their early twenties and it might or might not surprise you to know that the vast majority of them only very sporadically go out to the movies or watch a television series at the precise moment its network or cable outlet decides to first air it. Nor do they particularly care whether they view what they eventually watch on a big screen, laptop, iPad or smart phone. Oh sure, there are the occasional events, or motion pictures that must be seen large or viewed as early as possible. But these are rare. Like – VERY rare. 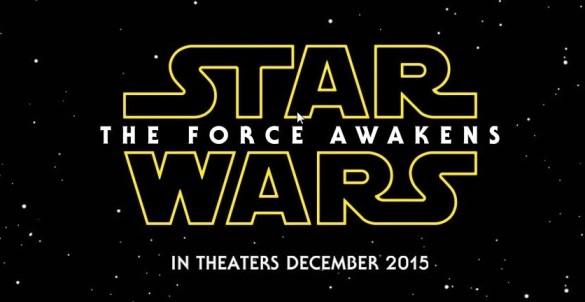 And studio executives take note – the two most repeated words I heard in all of our conversations about which movies and TV shows they liked and watched (Note: Yes, they all did BOTH!) were:

Unless one wants to write about or create art rooted or set solely in the past it might be nice for those at the top of their game in either of these fields to take note of some of the above. It does not mean you are betraying Renoir, Tarkovsky or Chantal Akerman. Anymore than it means you are turning your back on The Real Housewives if every now and then you decide to go to your local art house or streaming service and check in to see what Andrew Bujaski or the Dardenne brothers are up to.

As for the high vs. low art issue, I for one refuse to get into a debate over whether The Hangover is better than Breaking Bad, if the first season of True Detective had camerawork and imagery that would indeed rival the latest Terrence Malick film or if Guardians of the Galaxy was more enjoyable than any one episode of Mad Men or even The Sopranos. I mean, who really gives a shi damn??? 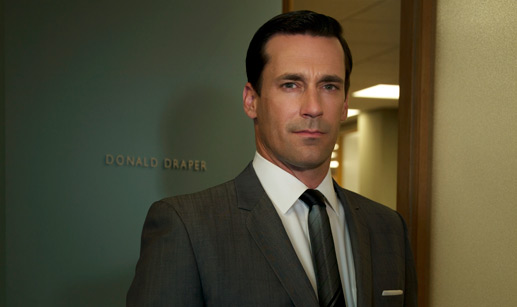 Oh who am I kidding? The answer is ALWAYS Mad Men. #EmmyforHamm

Yes, I’d rather watch Breaking Bad on a loop for the next three years than to have to sit through another Hangover even one more time. But I have actually seen the first two (Note: Ok, not all three) Hangover films. Not to mention all of the above choices, even the last few from the brilliant Malick – a director I really have to take a rest from before I become one the very kind of lazy, non-thinkers I’ve warned my students (and all of you) not to become.

See, sometimes it’s not enough to simply be aware of your tendency toward marginalizing, judgment or limited thinking in the art world. You actually need to make an effort to get off the couch or your soapbox, or flop down onto your couch and put on the TV. You’re free not to do that. But if so, please spare us your snob stories.