Ten dead in the latest high school shooting by a deranged White teenager.

Fifty plus Palestinians killed in Israel protesting the moving of the U.S. embassy to Jerusalem.

Trump ordering ICE agents to separate kids from parents crossing the border illegally and hold them in internment camps, calling them all animals and defiantly reiterating he always will.

And then – a Royal Wedding.

But not just any royal wedding because, honestly, who gives a rat’s ass?

What was interesting Saturday morning (Note: Yeah, I stayed up, more on that later) was watching a member of one of the Whitest families in the world marry a biracial American actress where the most controversial thing about it was…well…nothing.

In less than an hour they managed to school the world (an estimated 1.9 billion watching) on race relations, dignity and true international co-existence better than any combination of leaders – elected or self-anointed – simply by…example. 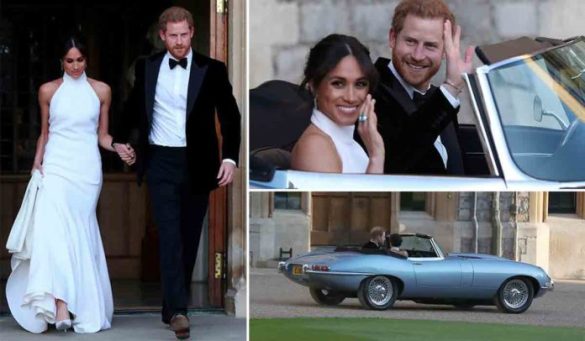 Not to get all 1960s on you – but then again, why not – it once again comes down to this little ditty written by Burt Bacharach and Hal David and first sung to the top of the Billboard charts by Jackie DeShannon:

Don’t stop reading.   Only I’m that cynical and I’m the one who brought it up.

The truth is, when was the last time you heard a Black Reverend in the Church of England (Note: I could just stop there) sermonizing with the words of the late Dr. Martin Luther King, Jr. (Note: Or there) in a tribute to a Prince and his half Black/half White bride (Note: Or even there) in front of a crowd of lily white royals, lay people of various races, and celebrities (this includes movie stars, billionaires, singer/songwriters, icon talk show hosts and sports heroes, et al) from a pulpit:

Cause, see, it’s rumored Meghan and Harry are gonna have kids. Lots of kids. And what kind of world do you think they will be so inclined to help build?

He took us to CHURCH

Oh sure, I know this is a little like all of these things politicians proclaim a day or two after a dozen or two or three or more high school students or gay disco attendees are gunned down in cold blood and we’re all nodding our heads and agreeing that change will come from our better angels and that something must be done and if we put our collective minds to it as only we know we can we will all do it.

But when you get to a certain point in life (older) where you realize NOTHING is working you begin to suspect that change doesn’t and actually can’t happen from any one thing. It’s a cumulative effect built on a collective effort – a lot of spitting into the wind on a particularly windy day and having it all come back flying into your face.

Until finally it all doesn’t because nowhere in the world, not even London, has shitty weather every day. Certainly not London on that Saturday. 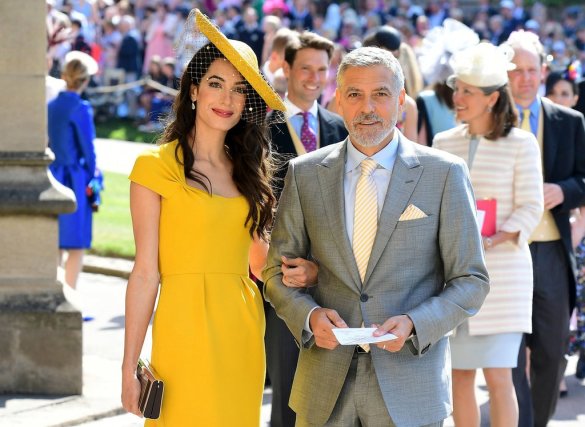 A lot of people talked about the sun coming out once again just as Meghan Markle arrived at the church in a car with her Mom – an L.A. social worker and part time Yoga teacher – yeah, put that in your marijuana pipe and smoke it.

For me, it was enough that a divorced, African American, single Mom had a private tea earlier that week with the Queen because her also divorced daughter was marrying the Queen’s grandson, who also happens to be three years younger than the California girl the single Mom had managed to raise on a single income all alone without a husband….a gal we will all now officially refer to as:

The Duchess of Sussex.

I never got the whole Charles & Diana thing. Or even the Kate & William thing. And I was never intrigued, not one little bit, with the whole Royal Family of it all. Your majesty, bows and curtsies? Really?

Which doesn’t mean I don’t like The Crown or, well, Downton Abbey. But only as some escapist soap opera relic from an alternate universe I can happily say has no relation to 21st century life or to me.

The Royals, however, ARE real. And intriguing to…billions. I’ve never been exactly sure why. But any wedding that includes a Black Choir singing Ben E. King’s Stand By Me and then serenades a church full of multi-ethnic, multi-racial, multi-aged straight, gay, bisexual and no doubt questioning guests to the strains of This Little Light of Mine and the Negro spiritual Amen as they all begin to file out is just fine in my book.

Because it offers a much better strategy to effectively navigate through the minefields of today’s world, including everyday life, better than anything now being advanced on Fox, MSNBC, the BBC or Al-Jazeera combined.

Not to mention, it is a lot more reflective of how the #RealWorldMajority is now – finally – beginning to think.

“Stand By Me” – Performed by Karen Gibson and the Kingdom Choir