— An Exasperated Aunt Nan arguing with my Mom

Samantha Bee looked beleaguered – not quite heart attack but trying to hold it together, a fascinating comic stew of emotions – as she picked up a Television Academy honor on Thursday for her TBS show Full Frontal’s coverage of the #MeToo movement.

At least that was my take and I was there – an invited plus one guest of the husband – standing on the sidelines, unable to take my eyes off Ms. Bee’s black and shiny silver striped pants for fear that I’d catch her eye and bore her with too many thank yous and words of encouragement from one more member of the #Resistance she was serving at her own peril.

We’re here for you Sam

On this day Ms. Bee also drew international headlines for publicly taking Ivanka Trump to task for the Downy Ad-Worthy family image she posted on Twitter of a very blonde and beige Ivanka holding up her equally blonde and equally beige young son against a marbled backdrop and smiling dreamily into his eyes. This because it stood in stark, tone-deaf contrast to the numerous other heartbreaking images on Twitter and elsewhere of some 1500 other less lucky immigrant children being pried out of the arms of their parents and placed in temporary non-marbled holding spots (nee who knows where) by armed border guards under orders from the Trump administration. 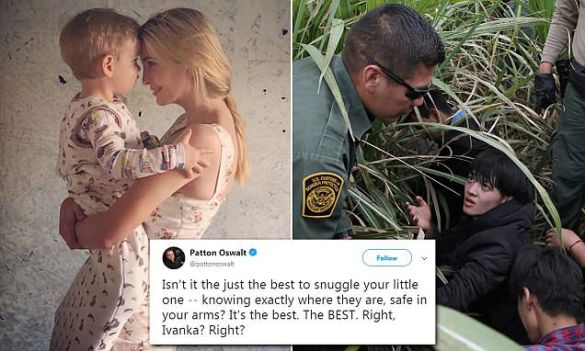 This is, of course, all a polite way of saying that in talking about the immigration issue the night before on the latest episode of Full Frontal Ms. Bee leaned into the camera, admonished Ivanka for being a feckless c-nt, and ordered her to put on something tight and low cut, march into her father’s office and talk some sense into him.

I mean, do you all have anything better?

I didn’t think so.

And lest you think Hollywood Democrats, liberals or whatever we all are or aren’t stand together on this, Ms. Bee or anything else, here’s a choice excerpt of the curt, apoplectic rage I boiled over with during cocktail hour beforehand when someone challenged me on that subject:

– So you support what she did?

– Well, I just don’t see how this helps. To be nasty to each other.

– It helps to keep it on people’s minds. So they’re moved to ACT in some way.

– But two wrongs don’t make a right. Why can’t we be nice to each other?

– These aren’t nice times. (And are you kidding, you dickwad?)

– I don’t see how it changes anything.

– No single action does. It’s a cumulative effect. (And why didn’t you at least get your suit cleaned – or steamed. Slob).

– What about them? Not a lot of activity there. (Pick up a tablet and read, why don’t you).

By the end I wanted to rip the guy’s head off along with my own and if I were not a plus one or was unmarried (or wanted to be), I might have done both right there. And this was before Trump called on TBS to fire Ms. Bee. (Note: Or as she’s undoubtedly known at the Oval Office, That F-ckNg CU-T!!).

Somehow this all bled into this year’s #1 hit ABC series Roseanne getting cancelled this week for the racist tweet the real Roseanne sent days earlier where she called former Obama administration senior advisor (and woman of color), Valerie Jarrett, a cross between an ape and a radical Muslim group. (And yes, I’m paraphrasing). 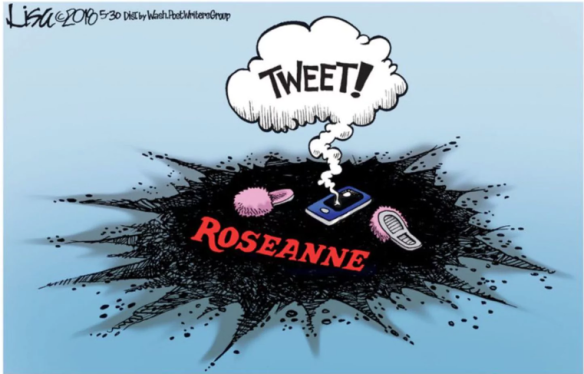 Not very articulate but it did the job. ABC promptly fired her for it. Though it might have been better to not have hired someone who has for years posted racist thoughts, rants and conspiracy theories online under the cover of comedy, the first amendment and/or mental illness – take your pick. #TweetersChoice.

Still, if you take a step back you can see the conundrum for entertainment conglomerates and, in a broader sense, all of corporate America.

If you only do business with the certifiably sane you will be swimming in a very small pool – talent or otherwise.

Limit yourself to only the products found only in your household, well, as comedian Steven Wright once said: You can’t have everything, where would you put it?

So that’s not a strategy for the broader market. Which is why for a moment, if you squint and turn yourself into a pretzel, you can see the Roseanne/Roseanne reasoning.

Oh right, and this too.

After all, the reboot was Sara Gilbert’s idea and she’s an out lesbian, Laurie Metcalf and John Goodman are great actors people love, Wanda Sykes is gonna come on as a writer and consultant and she gets it. Plus, we’ve got Whitney Cummings as…co-head writer!!

I, for one, can see…A LOT of pay or play checks being written. But what if it DOES work? Then we’ve got buckets of money AND the REAL ROSEANNE for years. And years. What price #YourHeartAttack?

Speaking of what makes my blood thin, Bernie Sanders showed up on Real Time with Bill Maher Friday night droning on about income equality and the top 1% and smiling goofily when Mr. Maher told him not to let age stop him from running for president again if he was feeling good – right after Sen. Sanders assured him he was, indeed, feeling good. Oh, Bernie.   Oh, Bill. You’re both so coy.

Of course I’d vote for Bernie in a second if I felt my socialist college professor from the seventies could lead the country out of the current shithole we’re in – or that most of Trump America at the end of the day truly understood or believed on a gut level any policy, or even anything, he was saying. But I don’t. Nor should you.

The inverse of Trump’s Electoral College, Russian abetted takeover of the United States is not a national Red, White and Blue Socialist Wave for Bernie. So at this point, he’s just plain aggravating – like one of the relatives I used to find amusing the first 32 times I heard his stories at Passover dinner but now makes me want to run from the room screaming or stuff a piece of my Mom’s gefilte fish in his mouth until we can all get our bearings.

My face.. for about 5 years

Much as I miss him, Pres. Obama’s calm tweets about his faith in young people taking over the world and how we are all still more alike than different are beginning to wear thin as well. OMG, of course he comforts US! Me! Sometimes.

But Kumbaya gentility felt more right 10 years ago – when a Russian villain from a 1960s James Bond film might have tried but failed miserably to hack into our elections and a North Korean hacker-billionaire murderer being welcomed into a now literally White House that we all pay to upkeep could only be part of a staged scene in a sequel to Wag the Dog.

Look even some of the cast is back!

No, the only person who in my mind has measured the pulse of the times correctly is former Vice President Joe Biden when several months ago he explained what he’d like to do with our current American president, albeit outside the Oval Office.

A guy who ended up becoming our national leader said, ‘I can grab a woman anywhere and she likes it’…They asked me if I’d like to debate this gentleman, and I said ‘no.’ I said, ‘If we were in high school, I’d take him behind the gym and beat the hell out of him….I’ve been in a lot of locker rooms my whole life. I’m a pretty damn good athlete. Any guy that talked that way was usually the fattest, ugliest S.O.B. in the room…..Sexual assault is about power and the abuse of power more than it is about sex.

Now that’s a message that will sell to Middle America. And all across America.   Even Trump America. Wherever the hell it is. 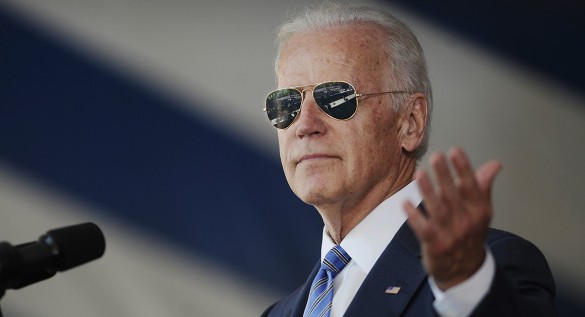 Sometimes policy can be good. There are other times when a bad joke makes people think. And maybe one, two, three…four times in history an overarching inspirational message motivates millions, if not billions, to do better.

But other times – well, you have to call a c-nt, a c-nt, meet them where they live, and fight fire with fire – bloodying them up along the way in order to save the rest of the kids in the playground – not to mention the whole neighborhood.

In those situations, making nice doesn’t cut it. Making nice is what will give all of us heart attacks.

“Flight of the Bumblebees”

2 thoughts on “A Bee in our Biden”