I won’t watch the reboot of Roseanne on ABC. This does not mean I am close-minded, want her removed from the airwaves or in any way prefer she is silenced, censored or modified.

It doesn’t even mean I am angry that 18.1 million people tuned in to watch her in actual real time – an unheard of number for the premiere of a prime time network show these days.

Nor does it say I want to opt out of the national conversation or give up my status as an incurable, inveterate culture vulture.

It simply means I want no part of a woman who in March 2018 basks in the glory of a congratulatory phone call from Donald J. Trump, enthusing of the exchange the day after her ratings triumph:

It was pretty exciting, I’ll tell you that much…They said, ‘Hold please for the President of the United States of America’ and that was about the most exciting thing, ever. It was just very sweet of him to congratulate us.

I find nothing about Trump exciting, and certainly never sweet. I believe he is destroying our country, and democracy along with it, by his corruption, his racism, his incompetence and his vile treatment towards anyone or anything that opposes him.

I believe deep down that if he got his way we would not only be under the thumb of Russia, we would BE RUSSIA.

I also find everything the actual Roseanne is pushing under the guise of her fictional doppelganger to be disingenuous. Like Trump, I am convinced she is first and foremost out for herself – using our red vs. blue divide as a way to once again be relevant and earn wheel barrels full of money. 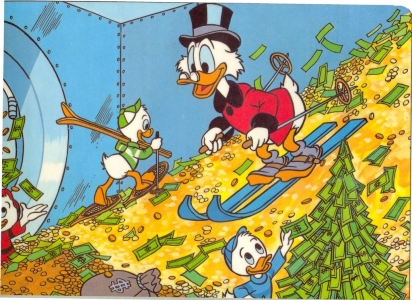 Roseanne is definitely hitting the slopes

The thought of giving her 150,000th of one single penny is even more nauseating to me than eating a side of the watery canned peas and carrots my mom used to serve to us at dinner every week – and that’s really saying something. (Note: DM me on Twitter for my sister’s handle and she will confirm).

The same cannot be said about Fox TV host Laura Ingraham and what I hope is her curtailment at her network and elsewhere after she chose to bully and gloat about David Hogg, high school student and Parkland school shooting survivor, NOT getting into four of the colleges he applied to.

David Hogg Rejected By Four Colleges To Which He Applied and whines about it. (Dinged by UCLA with a 4.1 GPA…totally predictable given acceptance rates.) https://t.co/wflA4hWHXY

By consistently demonizing the teenager, not to mention his friends, who had just witnessed 14 of their friends shot to death before their own ears and/or eyes on Valentine’s Day, Ingraham and her colleagues at Fox have been the leaders of a right wing media assault of ADULTS hoping to make these TEENAGERS the subject of national ridicule by millions more of their viewers by fanning the flames of resentment that will implicitly urge as many of their acolytes as possible to go on virtual attack.

Nothing would please me more than seeing Ms. Ingraham’s ambitions flattened and watching the fire-breathing flames of hate she espouses daily turned directly back at her. And with the help of Mr. Hogg and others far more powerful than me and my tweets and my blog and my blah, blah, blah, I might be getting my wish.

Oh I’m not enjoying this… not even a little bit

Thanks to Mr. Hogg and his fan base, so far she has been dropped by these ELEVEN sponsors:

Panicked, she issued a faux apology that read:

On reflection, in the spirit of Holy Week, I apologize for any upset or hurt my tweet caused him or any of the brave victims of Parkland…

Notice there was no regret about any of her words, which she obviously stands by (Note: And presumably believes Jesus would, too). Ms. Ingraham obviously understands what her base wants. But so does young Mr. Hogg, who wisely called her out on her B.S., noting it was due to a loss of revenue and not any real desire to change her or her network’s behavior. 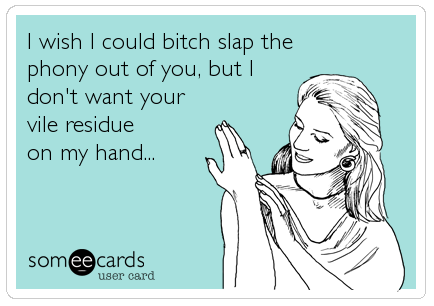 Had Mr. Hogg done a little more research (Note: Though perhaps he has) he would know the full story. Yes, he called her out for tweeting at basketball greats LeBron James and Kevin Durant to shut up and dribble when they gave an interview and dared to express support for fellow players taking a knee during the national anthem, but she has also:

– Said Mexican immigrants have come here to “murder and rape our people.”

– And said the NAACP is “a push organization for racist sentiments.”

More importantly, this goes further back than that – all the way to her college years.

In the eighties, as editor of the Dartmouth Review, she called her campus’s Gay Students Association “cheerleaders for latent campus sodomites” and sent a reporter to secretly tape the meeting because she disliked they were treated as any other student organization where the campus would provide an activity fee ($100 per student) for them to operate.

Oh yes she did

So much so that she then went on to print the names of gay students present at the meeting, outing some of them in the process. All this occurred at the height of the AIDS crisis in the 80s. #WWJD.

A decade later she did go on to write a 1997 editorial in The Washington Post explaining her past and to admit her views were somewhat modified when she found out her brother Curtis was gay and that his lover was dying of AIDS.

She also asked not to be judged about things she did in college – which somehow seems to presuppose she learned her lesson about hurling personal attacks towards young people who represent causes she disagrees with.

But well, clearly she hasn’t.

Though maybe this would be different if David Hogg were her brother with a girlfriend who had sustained life-threatening injuries from gun violence that she could then see David caring for up close and personal.

Oh, and for the record, she is still NOT A SUPPORTER of gay marriage.

Roseanne does support gay marriage and was one of the first to feature out gay characters on network television in a more than casual way. Does this somewhat temper my personal line in the sand?   Perhaps a little, though not entirely.

There is a difference in choosing to personally boycott the work of someone with whom you disagree and don’t respect vs. urging the national boycott of someone who bullies minors, rages against non-white and non-straight minorities and eggs on her millions of followers to do the same.

There is free speech but also the free market. They simultaneously co-exist and there is a cause and effect to each.

One last word on Ms. Ingraham –

While so many of her contemporaries have evolved through personal experience she has remained her same strident professional self as she pursues, what exactly? Personal fame and fortune? World domination? If either is true, and they seem so, the most dangerous, real-life comparison that quickly comes to mind are the actions and/or motivations of our current Electoral College president – @realDonaldTrump.

So no surprise that she is not only one of his most ardent supporters but the name that is most often at the top of the list to become his new White House Communications Director.

With her just announced one-week vacation hiatus, that might happen sooner than later. Or, it may not. Though as someone tweeted this weekend, another similarly deposed right wing Fox firebrand, Bill O’Reilly, is still on the one-week vacation he took more than a year ago.