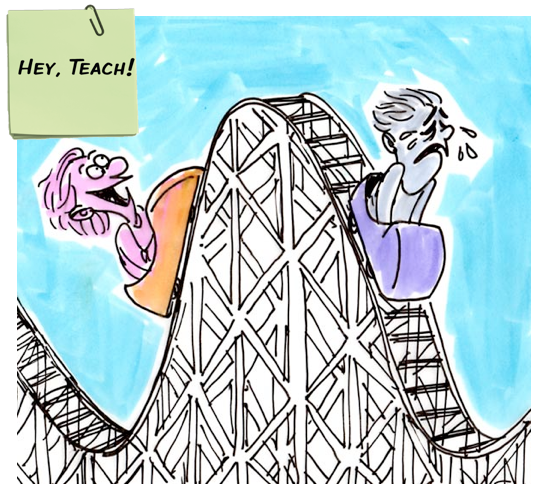 There is a popular new Netflix series called 13 Reasons Why that chronicles the life and reasons a teenager committed suicide via the 13 detailed cassette tapes she left behind.

This sounds depressing as hell – if indeed hell is depressing. My feeling is hell is no better or worse than any of the most awful things we decide we are enduring right now or tell ourselves in any of our most down moments.   So given how dramatic and/or ingenious we all can be when we get into one of our “moods” or down cycles, how much more imaginative can hell really be?

It’s all about perspective

Don’t write in with comments like I never thought it could get worse than Dubya and then we got Trump. Or, I thought it was bad when ‘Crash’ won over ‘Brokeback Mountain’ and then the producers of ‘Moonlight’ barely even got to pick up their best picture Oscar, blah, blah, blah…

Those are not searing personal affronts, even though they appear to be.

And that’s the point. Not everything is personal or as awful as we can make it. In fact, almost nothing is. Things happen, we respond or don’t respond in kind, and then time marches on. No, the Chair is not getting Zen. The Chair has simply grown more comfortable with time, as all chairs do, and is trying to not waste any more precious little of it left feeling too rickety about just how hellish anything can inevitably get on a given day.

We’re living in unusually rocky times, says just about every other armchair psychiatrist and would be philosopher in 2017 with half a brain. That includes yours truly. Certainly, it no longer take an Oracle or a president or even a comfy piece of furniture like myself to realize that nuclear war can happen at any moment, you or I or any one of us can get hit with a car, lose a job, contract a fatal disease and instantly die, and experience all of the above desperate and alone.

If we so choose.

I used to hate when people said this last line to me in my teens. Or twenties. Or thirties. Or even…sigh…forties.

I even hate that I’m stating it now as I’m writing it.

Still, it doesn’t make it any less true.

Yes, it will and can always get worse. Just like it inevitably can and will always get better. These are not bromides. Just facts. Look at your life’s ups and downs or simply travel in an elevator for a while. Okay, dumb analogy. Or was it? I’m not so sure anymore.

… and why not stop at every floor?

Those of us who suffer from mood swings, depression, or simply dwell in the belief that we can actually make a living in the arts, are perhaps especially susceptible to this. More and more there seem to be no rules for success and failure. Certainly, it is less and less anything even relating to a straight line.

You’re too young and don’t have any or enough experience, rightly complain my students and recent grads who are attempting to get their first or second jobs. You’re too old and have too much experience at the wrong things, note colleagues, friends and relatives who fear they’ve been at it too long. And you’re just lucky you were adopted into a family that made you a Chair, says my inner voice to me almost every other day.

Yes, all of this is invariably true.

Luck and timing has way too much weight determining any of this. Ask Hillary Clinton after she’s had a glass of two of wine or beer. She’ll give you an earful now that she’s out of the woods. For the time being. 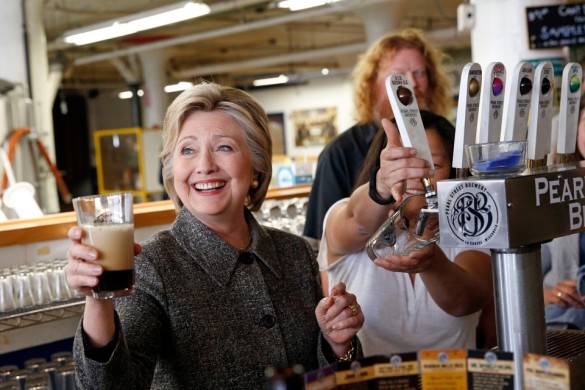 You know our girl can throw one back #cheersHills

But at the same time where any of us are is not solely an accident of birth or luck or timing or even hard work. It is a combination of all of those factors and more – especially when you add in the X factor.

No, the X factor is not the old adage that the cream rises to the top or talent wins out every time or you always get back what you give. That’s ridiculous. Life can be too cruel to some, too generous to others and too random generally for it to be all that.

A wise psychiatrist told me a long, long, LONG time ago that the only thing you can control in a given situation is your ACTIONS. Yeah, I hated hearing this almost as much as I loathe repeating it.   Because I know at any moment I too can hit a down cycle and it would be the next to last thing I’d want to hear – the last thing being – um, too late, you’re dead. Which of course, I wouldn’t hear anyway so perhaps it’s the last thing.

Meaning – there is only one solution to the inevitable existential awfulness of a current situation. And that is to take some small action, and then another, and then even a side step with the hope that your mind will drift somewhere else and you’ll forget just how awful you feel. Or – you might actually create a moment or two that might prompt something else that will create a new and slightly less depressing or perhaps more exciting opportunity for you. At something. Which in turn will then forge something else.

I’ve found this works in romance, at work and even – heaven forbid, at the gym. Right. We’re all jumpin’ to get on that treadmill after a year away. But I’ll bet most of us would if the heart surgeon told you that if you didn’t you’d drop dead in a month.

or channel your inner Lebowski #whiteRussianplease

Don’t mean to be THAT harsh. Or perhaps I do. Certainly, that’s the only thing that’s ever worked with me. Fear of death. But I’m Jewish, from New York, vain and gay. Oh, and I live in L.A. Where none of us believe we’re going to get old or die. Because we don’t look it.

Which is a start towards something positive if you think about it. But not too hard.