There was a moment in this past week’s When We Rise – ABC’s 8-hour miniseries retelling the gay liberation movement through the personal and professional travails of four real life activists – where one realizes that it is only when the political becomes personal that a true activist is born. Or perhaps it’s the other way around – meaning it takes something awfully personal to happen to us before we muster up the energy to try and save the world.

Of course, no one can truly save a world, despite what politicians, billionaires or real estate moguls will tell you, and sometimes in the body of the same person. And moreover, that moment when it all clicks in and causes action is different for all of us.

A noteworthy screenwriter friend of mine named Anna Hamilton-Phelan once wrote a script on the women’s movement called The Big Click and it is only now – 25 plus years later – that I truly get what she was talking about. Oh sure, I’ve been politically active over the decades and understood the basic meaning of what she was saying. Who could argue with the idea that there are episodes in all of our lives when something goes from simply bothering us to pissing us off so royally that we are moved into action. Or from understanding in hindsight that unknowingly there were reasons ingrained in us from childhood that causes us to be passionate about an issue rather than merely just sympathetic towards it.

The gay heroes in When We Rise had many motivating factors but the commonality that clicked in for me was that at least one parent rejected them from an early age because of their sexual orientation and that these brave men and women had the strength to know that the problem was not with themselves and the temerity to devote their lives to enabling the world to see the truth. What this translates into was being a part of a movement to change the world even though, at its basic core, all they were really doing was standing up for freedom, equality and honesty.

This seems easy but it is anything but when the world at large, not to mention your close circle of friends and relatives, informs you in every way through words, deeds and general point of views, that you are wrong. As a gay person it is always chilling for me to revisit the outward hostility and rejection of gay people as any sort of normal through my lifetime by mainstream society.

When I was a boy in the sixties and a young teenager in the first part of the seventies, the notion of showing a same sex couple making love on a major network was as likely as, well….NOTHING. In fact, I can’t imagine anyone at the time who would have considered it a viable notion. 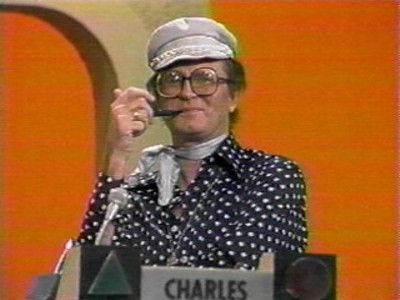 About as gay as it got on TV #thankyoucharles

Certainly no one in the early eighties could have imagined the full pandemic of AIDS or the experience of literally watching your friends and lovers drop dead all around you as the mainstream forces of government and religious institutions turned its back on you or leaned in with hateful condemnation and we told you so indifference.

Yet, like the leaders of civil rights and women’s liberation and so many other movements for social change these people remained undeterred, motivated in some part by the very injustices that they were consistently met with, and often from a very early age.

Horrific as the AIDS era was for our community (and others), I have always believed that without it the country never would realize so quickly that almost everyone in America knew and loved (or very much liked) a gay person. Compared to DEATH, or at least WATCHING DEATH, the onus of coming out began to feel almost laughable at some point.

But then quite strangely and surreally this begat the slow opening of the door to what the majority of mainstream society now accepts as normal – gay marriage. How odd that our forbearers had to die in order to achieve it. And yet, when you look at the history of our progress towards racial equality – how obvious that this would be what it would take to achieve.

Of course, none of us should be fooled into thinking that as we progress we have achieved anything near equality in either of these areas – or many others. In the case of the LGBT community, there is currently an international brouhaha that the upcoming Disney release of the new Beauty and the Beast even features a gay character.

A movie theatre owner in Alabama pulled it from its schedule, publicly noting in a statement that: if I can’t sit through a movie with God or Jesus sitting by me then we have no business showing it.

This is followed by threats to Disney that Beauty might entirely be banned from Russia for essentially the same reason. A prominent lawmaker there has publicly called for its culture minister to screen it in advance and then bar it if he finds elements of propaganda of homosexuality.

Never mind that the gay character in question is (and has always been) named LeFou, is merely a sidekick that has a crush on the male lead, Gaston, and that the gayest thing he reportedly does is dance a little too enthusiastically with a friend. When it comes to Disney the gay thing is still sacrosanct, in several if not many more corners. 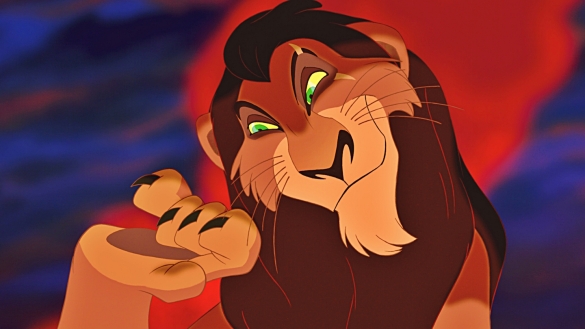 I mean…. do we not remember Scar? #letsbereal

Certainly a gay Disney character is not the most burning issue in LGBT freedoms but with our new administration rescinding an executive order to disallow transgender students from using the bathroom of their choice, and new religious freedom laws brewing nationally and in many statewide government offices to override other existing gay civil rights rulings in other related areas, any blanket normalcy of the community seems as far as it’s ever been.

Aside from being gay I’m also Jewish and the rise of anti-Semitic crimes of defacement and violence in the US is still in line with the ongoing history of persecution we Jews have endured through the centuries. Sure, it’s been a long time since 6 million or more of us died in Nazi concentration camps (or has it?) but as everyone in any minority group knows just when you think you and yours might be primarily safe is the very moment when you need to pay attention. And this does not necessarily mean solely watching out for members of one’s immediate minority group but to those in others, be they Black, Muslim, female (even though they, like those who voted for the 2016 Democratic presidential nominee, ARE in the majority), Mexican and…(fill in accordingly).

Pretty much sums it up right now

I’d like to say members of my particular minority groups are already doing this (and perhaps they are) but the most recent evidence I can provide is this news story about two Muslim-American activists who raised more than $20,000 in over two hours in order to repair the massive damage done last month to more than 100 headstones in an historic Jewish cemetery in St. Louis.

“…Through this campaign, we hope to send a united message from the Jewish and Muslim communities that there is no place for this type of hate, desecration, and violence in America,” read the crowd-funding webpage started by Linda Sarsour and Tarek El-Messidi

The recognition that hateful actions towards ONE of us are hateful crimes towards ALL of us feels like 21st century activism. Ever personal, ever angry but rooted in problem-solving, progress and the united hope for a better future, along with the knowledge that, like it or not, it’s both an individual AND a group journey.