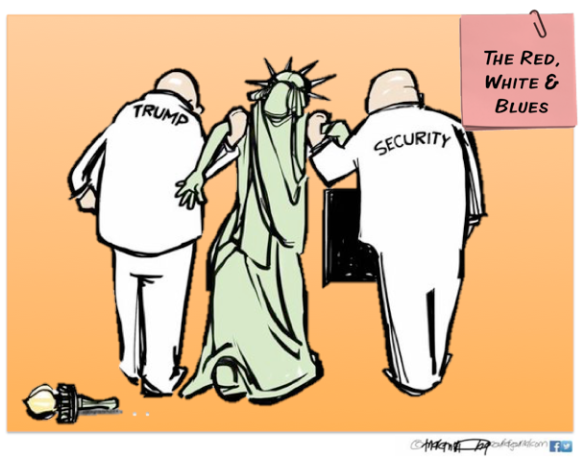 My mother used to tell me about how, as a little Jewish girl in the Bronx in the 1940s, she used to have nightmares that Hitler was coming to get her and woke up crying.

Now you have to understand that my Mom was about as far away and protected from Hitler as a little girl could be, living in a Jewish enclave in New York City in a democratic country – in fact the strongest in the world – the one that was leading the fight against him. Not to mention she was the daughter of Jewish Hungarian immigrants who wisely chose to emigrate to the U.S. in the early 1930s, no doubt sensing the imminent threats in their homeland.

What a difference almost a century makes. 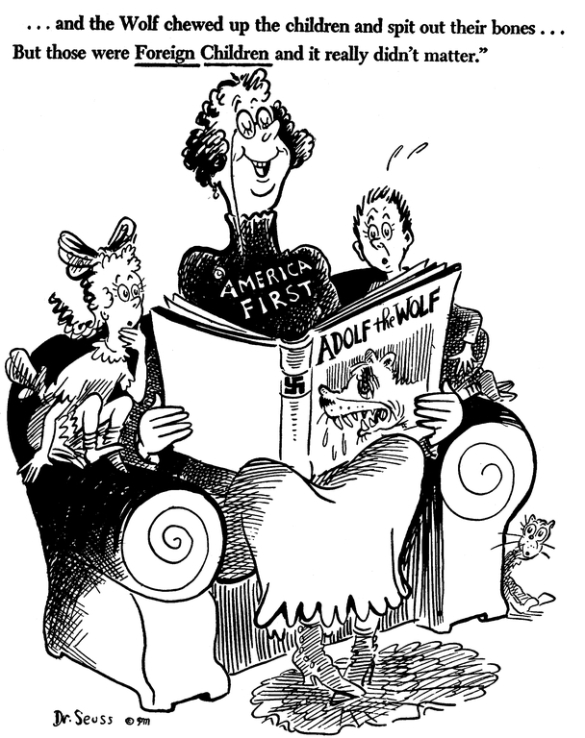 I was hoping to write about La La Land and the Oscar nominations this week. Instead, I’m lying in bed watching the news in horror. Laying? I can’t recall which one. That’s where I am at the moment. Viewing a radical racist sociopath on television who doesn’t understand that the very country he conspired with the Russians to lead runs on one simple idea:

YOU ARE WELCOME TO BECOME A PART OF A NATION OF IMMIGRANTS WHERE EVERYONE IS EQUAL AND FREE.

Sure, sometimes we don’t quite rise to our aspirations. We too often stumble around our principles in individual cases. But for the most part, this is who we actually are. Certainly, it’s who the vast majority of our elected officials are. A melting pot of cultures, religions and differences bound together under that guiding principle.

This fish rots from the head on down.

Not sure there is enough lysol for this

And it’s getting smellier and smellier with each passing day. As if we’re all caught in a refuse center without any vents and nary a room deodorizer in sight. There seems only one option at this point. Get rid of the racist… I mean rancid animal… by breaking the doors down, airing the whole thing out and then, when we’ve reached something approaching a new stasis – rebuilding.

If that’s at all possible.

A dear friend of mine gave me the perfect metaphor for this.

Having to deal with DJT on a daily basis is like being in an abusive relationship.

Abusers evoke feelings of powerless, depression, anger and frustration. Experts advise you to leave an abusive situation. But short of turning away from the daily horror of DJT’s actions – which in my mind is being complicit in his actions as if this were Germany in the 1930s and you partied as your country devolved into a dictatorship – this is an impossibility. This is not to say you need to focus on him 24/7. Life should and needs to go on, especially the consumption of chocolate cake, wine and other pleasures I won’t get into here. And it will make us stronger and piss him off. Especially if you include social media baiting him in the mix and subscribing to your favorite newspaper, preferably the New York Times, Washington Post or Boston Globe. Because that is who (whom? – oh, who cares) will likely/ultimately bring him down.

While back in reality, subscriptions are surging. #Watergate4EVA

There is a movie out at the moment called Lion that is based on the true story of a very young, very poor Indian boy who gets lost, becomes a street orphan and winds up getting adopted by an Australian couple living in an appealing home by the water on the shores of Tasmania.

Still, perhaps the most compelling moment in Lion comes at the moment the now grown up “boy’s” very WHITE, adoptive Mom explains to him why in the world she wanted to voluntarily raise and love a little BROWN kid who was not her own. I mean, clearly she had no other choices, right?

But no spoilers here. Watch the movie and you’ll understand why not only she does but why, at the end of the day, the world sways towards justice and inclusion — despite what we’re seeing right now at all of the nation’s major metropolitan airports (Seattle for the win below).

You can twist your words into a pretzel-like logic to explain your abusive behavior and regressive actions in the service of your master plan to discriminate against whole swaths of people based on ethnicity, religion or “otherness.”

But what you can’t ultimately do in the light of day and in the annals of history is to remove the stench from yourself. By issuing an executive order that bans innocent citizens from seven (and counting) countries from entering or re-entering the U.S. (Note: Yes, some people CAN’T get back in to their HOMES – one woman noted she doesn’t know what will happen to her DOG), DJT has officially gone from toxic waste dump to the BP Oil Spill in the eyes of the MAJORITY of the nation he theoretically seeks to guide. And it’s officially only been…one week. 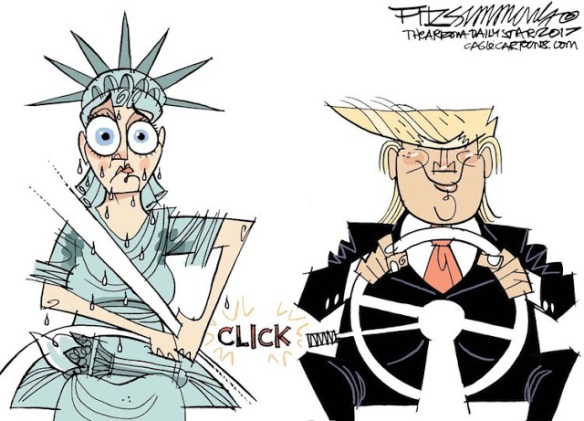 If only The Statue of Liberty could speak.

Oh wait. She can.