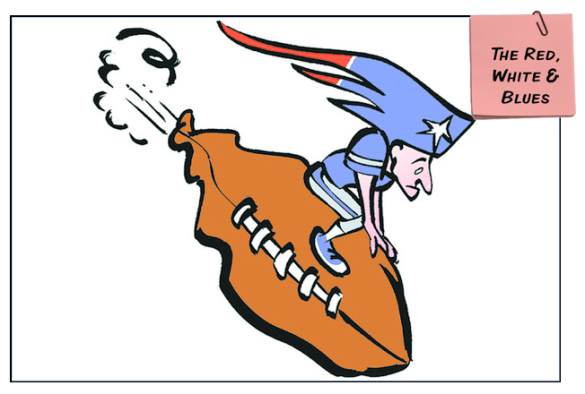 Who would have thought the word could conjure so many meanings. Certainly not a non-football fan like myself. But the point here isn’t the shock, outrage and banner headlines caused over the fact that 11 of the 12 footballs thrown by New England Patriots star/pinup/QB Tom Brady at his recent AFC championship game win were a full 2 lbs. under minimum ball weight requirements (10.5 lbs. per square inch vs. the minimum 12.5-13.5) – thus making them easier to grip, throw and catch– but why ANYONE AT ALL is surprised.

Is there really someone out there who thinks business is fair? Or even, at the very least, consistently above board? And yes, football is foremost a business. The NFL is the most profitable of all American sports, generating in excess of $9 billion (that’s with a “B”) of revenue each year. And just because none of that money comes from me don’t think for one second I am going to back away from a story this good – or timely – especially when it involves or even owes to balls in any context.

But neither should you.

The meaning of this “scandal” has nothing to do with the size of Mr. Brady’s balls or whether he or his team is punished for playing with ones that are too small. After all, under NFL by-laws the recommended fine for altering ball size is just $25,000. Even if one were to multiply that by the 11 balls in question it would still only come to a mere $275,000. Percentage wise that would have about as much effect on the New England Patriots as the ticket you or I receive for parking our cars at an expired meter. Probably less. 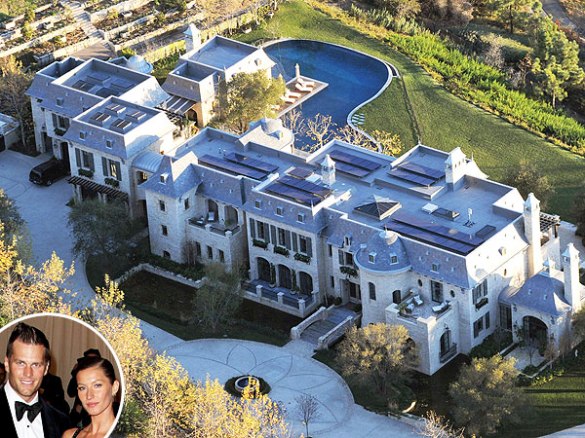 Rather – the importance of this story is hero worship and how much we Americans can talk ourselves into believing in anything about the iconic people or institutions we truly admire. In order to topple said person or institution in that strata the proof has to be beyond rock solid – it needs to be both superhuman and have undeniable consequences for the world or aggrieved parties far beyond the specific incident – and in counterbalance to just how much we value the iconography of the culprit.

And even then there is no guarantee a certain percentage of minds will ever be changed in reference to said icon or those like-minded icons in the future who follow in said icon’s footsteps. 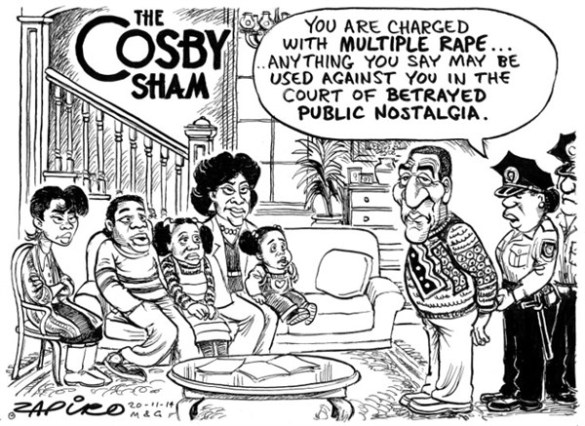 I haven’t mentioned Bill Cosby, Woody Allen, Roman Polanski, O.J. Simpson, Richard Nixon, Pete Rose, Wall Street, stock brokers, hedge funders, your local police, the legal system, your local realtor, or the entertainment industry in general or specific here, but feel free to fill in with a name, institution or particular system of your choice when appropriate. These are merely the ones who come to mind for me off the top of my head.

All this said, there is no reason for one to automatically condemn any or all of the above. We all – each and every one of us – benefit from time-to-time by having the “inside advantage” when we can. Okay, I suppose there are some exceptions but I find myself at a loss right now to think of one. Even Mother Theresa realized the value of good publicity for her cause. Not to mention the necessity of fundraising off of it. 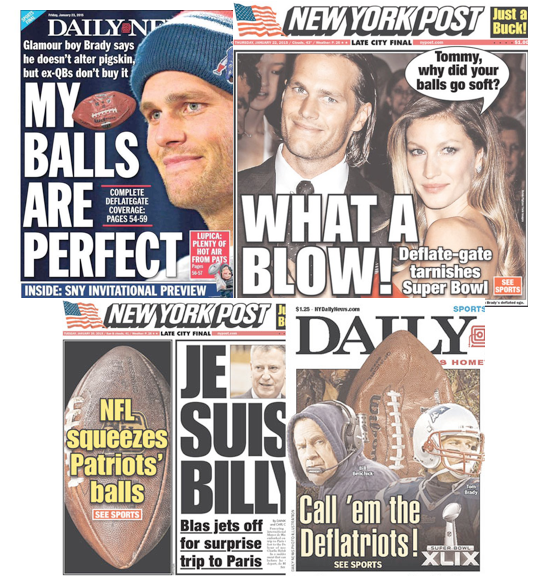 The material just writes itself

Part of this reality has merely to do with human behavior. I don’t consider myself a cynic – just more of a realist. In other words, I don’t romanticize the acquisition of a lot of fame, money and public success because at a certain age, if you’re paying attention, you see all the pros and cons, ups and downs, moral and yes, immoral choices or passive participation – which is sort of the same thing – that goes into it.

I have no idea if Tom Brady is lying about his “balls” (Note: why couldn’t he just say footballs – was it a deflection of attention, aside from his 8000 mega-watt smile and perfect color gray sweatshirt on his perfectly filled out…oh, forget it). Or if Coach Bill Belichick is. Any more than if I really know for sure 100% just how much Richard Nixon knew of every single detail of the Watergate break-in, Bernie Madoff’s wife and sons got the full extent of what he was involved in, or if Bill Cosby, Woody Allen or Roman Polanski knew the entire breadth of the violations they were committing when they did. (Note: Though I do have my VERY STRONG opinions). Still, instinct tells me none of them were completely innocent and many of them are completely guilty. The question is how much, to what degree, and how severe their punishment should be. The one reaction no one under 35 is really entitled to in the lens of 2015 is sheer, unadulterated surprise. 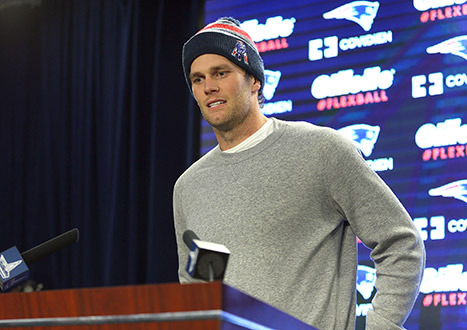 Can we trust anyone that looks that good in a gray sweatshirt?

This IS how the world works. Change it, write about it, prosecute it but don’t get up on a soapbox to express SHOCK (Note: Or even feign mild taken aback).

There is a song lyric in Stephen Schwartz’s critically underrated yet mega successful musical Wicked where the phony Wizard of Oz sings to green witch Elphaba – the latter of whom serves as the moral compass in this real story of Oz and who dares to challenge the false political rhetoric the Wizard is feeding his people in order to keep them in line. As the song Wonderful goes and the Wizard sings:

There Are Precious Few At Ease

So We Act As Though They Don’t Exist….

This was right after a conversation where, when Elphaba accuses him of lying to citizens of Oz in order to keep them happy, he retorts:

Elphaba, Where I Come From We Believe All Sorts Of Things That Aren’t True. We Call It History. **

(** Note: Though it is impossible to know, one might credit the musical’s book writer Winnie Holzman with that line, or perhaps even the writer of the original novel of Wicked – Gregory Maguire).

This musical, still running strong on Broadway after 12 years and in line to be the longest running Broadway show of all time at some point, is based on Maguire’s 1995 novel of the same name. On so many levels the show is about the Reagan era of the eighties (and beyond) – a time when Americans were mostly thumbing their nose at the homeless, embraced the idea that greed was good and ballyhooed trickle down economics. This mushroomed into a no-holds barred economic prosperity where everyone could buy a house, borrowing against anything they did or didn’t have because the ingenuity of Americans and the belief that their markets could sustain anything. At least, that was the narrative we lived to then that continued for several decades until the economy massively crashed.   Never mind that the Reagan era eighties were also a time when the pandemic of AIDS had taken hold in America, most specifically in the gay community which saw mostly homosexual men dropping dead left and right with little help from the counterintuitive Morning in America speeches the American public bought lock, stock and 8000 mega-watt smile from Pres. Reagan. The lack of actions of that administration to aid the others in American culture was at full force and the gays, the homeless and soon – though they wouldn’t realize it until later – the middle class – were expendable. Forget same-sex marriage, we’re simply talking about survival – and in relation to what we were being sold it just wasn’t important back then – especially when it came to others. 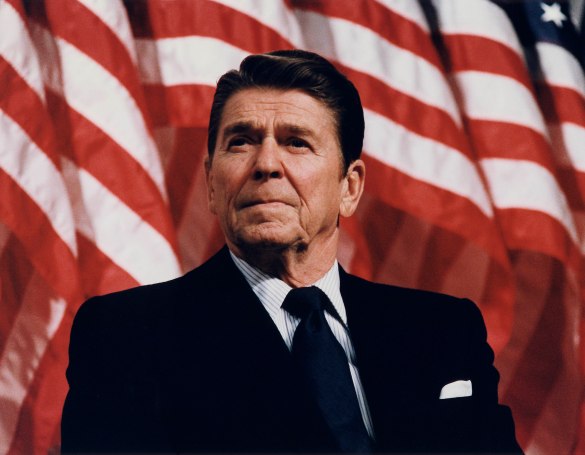 Another Patriot in question

So as a gay guy in my late twenties at that time who managed to survive, my view of reality behind the rosy curtain has clearly been colored. Perhaps too much, though, I’m not so sure. I’d rather err on the side of skepticism and then be surprised when everything turns out better than I had hoped than buy into a fiction that doesn’t exist and will pollute the reality and ideals I – and all of you – live by both right now and in the future.

Perhaps you can see, then, why I am never shocked, surprised or even mildly roused when the elite in sports, politics, entertainment, business or any other of our top dogs are found to be taking liberties in order to attain or maintain their #1 status. The day we decide to take these transgressions a bit more seriously – both for those who commit them and with our own behavior – will be the time when perhaps my own mood will lighten towards Tom Brady and his balls. Though even then, probably only just a little. As I stated upfront, I’m not and never have been much of a football fan.