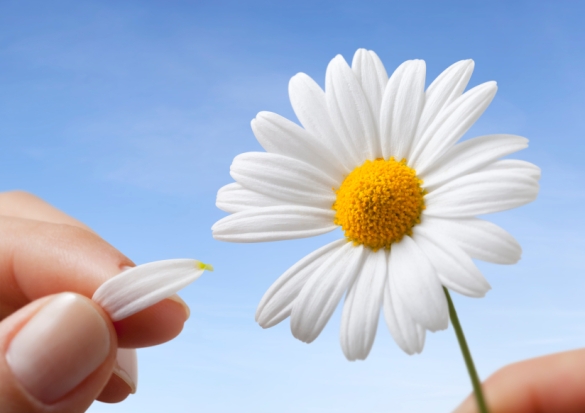 You can hate something you love or love something you hate.  For instance, in my twenties I used to periodically LOVE watching televangelists Jim and Tammy Baker crazy talk their version of God and morality to the masses while simultaneously HATING them and every misguided piece of religious bile that spewed out of their hypocritical mouths.  What does this say about me?  That I’ll sink lower than the approval ratings of Congress (and then some) for a laugh AND I will even do it gaily at my own expense.

Truth be told, I fully support the right of pretty much any nut job who manages a way onto the airwaves to have their say just as I vehemently advocate for the right to hurl poison pen insults from the peanut gallery directly at them and their nether regions if I so choose.  Of course, sometimes a handful of those wackos and media whores of the moment are mentally ill and, in that case, all bets are off. Which particularly pains me since Kathleen Taylor, a renowned Oxford University researcher and author specializing in neuroscience, predicted last week during a talk on the brain that we might soon see a proven link between religious fundamentalism and mental illness. 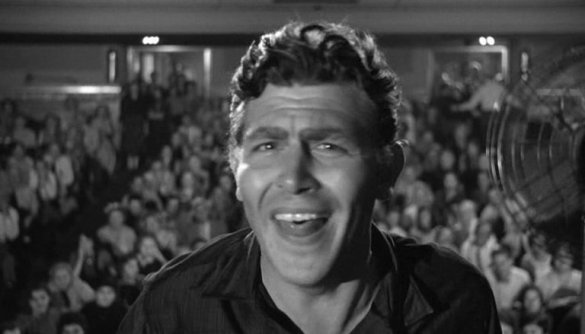 This all brings me to my favorite TV reality judge (and overexposed rock star) Adam Levine (Note: Yes, I love Adam even as I sometimes hate tire of him).  Fearing the two best singers he mentored all season as a coach on NBC’s #1-rated show The Voice would indeed be voted off the program by the masses (nee viewers) who had the time and thought to phone in and be counted in the final vote tally, America’s #1 Jewish front man (that’s Adam, not me) decided to tell the truth and utter these four words:

“I Hate This Country.”

If we were all brutally honest, we would all admit that in times of stress or perceived injustice we all have said or thought something similar or far worse:

Spouse (Fill in the name)

This, of course, does not mean that we really HATE any of those treasured people in our lives aside from in that moment in time (well, maybe we cut the friend.. right?).  Just as it doesn’t mean that Adam Levine hates the good ole red, white and blue any more than his fellow judge, country and western star Blake Shelton, loves it. 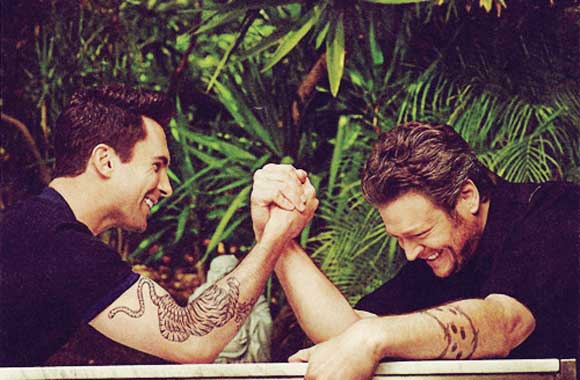 Let’s have them duke it out!

I happen to know this is true because in the last two or three decades I have said I hate this country publicly, oh, at least a dozen times (though not on NBC because they haven’t booked me yet). More than half of those times were in the eighties and nineties during the Reagan/AIDS era.  A few more came after George W. Bush got elected and re-elected.  Another couple had to do with young people being bullied and a few more – well, I forget.

Like any opinionated fella in 2013, Mr. Levine instantly took to Twitter and defended himself with humor – brushing off his remarks as an impromptu joke.  But hundreds (thousands?) tweeted back to him and NBC that he was un-American (one twit even suggesting Navy Seal Team 6 be sent after him) and should be fired.  Then some fair and balanced wags at Fox weighed in with similar thoughts, prompting Mr. Levine to issue still yet another statement:  “I obviously love my country very much and my comments were made purely out of frustration.”

This last mea culpa is sort of like the kind you give to your parents, friends and lovers  — but without the accompanying tears, back patting or make-up sex.

As for me and my anti-American words, there will be no apology.  Formal or otherwise.  The last time I checked the only thing you can really be put in jail for saying in the United States is Fire! in a crowded movie theatre or any sort of perceived threat against the President. 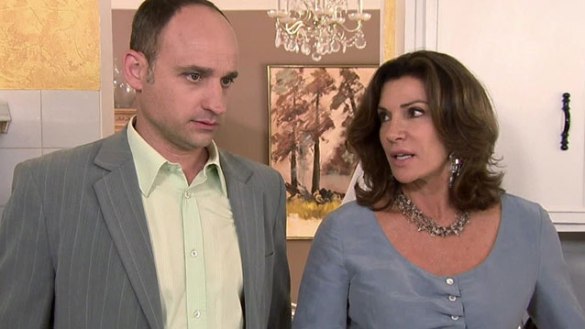 Or, perhaps, if I had my way, singing Merle Haggard’s reactionary, right wing country classic from 1969, Okie From Muskogee, on network television – which was what happened on Monday night’s edition of The Voice.

We don’t smoke marijuana in Muskogee

We don’t take our trips on LSD

We don’t burn our draft cards down on Main Street;

Yet Adam Levine, who has been often said to smoke a joint or two , could this week only beam and nod in approval at that Muskogie moment.  Maybe it was because he liked the song or, more likely, maybe it was because he was afraid not to like the song.  I have no idea.  But then again, for a $10 million plus paycheck for each Voice cycle I too might even be silenced by the possibility of a red state America backlash getting in the way of my retirement fund.

For the record, there are many, many things about this country I do love.  New York City, the Pacific Ocean, the view from my upstairs window, kitchen supply stores, driving with the top down in my car with the heat on in 55-65 degree weather, and the right to write anything I damn please without having some idiot redcoat (or any other color coat) comin’ a knockin’ at my door and dragging me to a cyber-age Siberian prison never to be heard from again.

But that doesn’t mean that at one point or another I don’t also dislike, or even hate all of the above.  I spent some time on vacation last week in 90-degree/900% humidity New York that in that moment made me despise the city and everything about it even as I still loved (as I always have) its Broadway shows and hot pretzels. 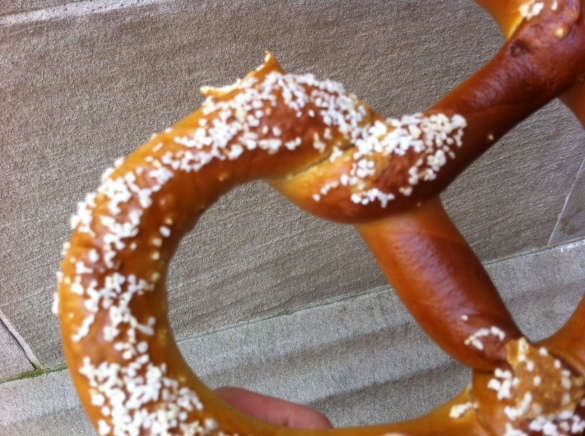 These pretzels are making me thirsty!

I also hated my convertible car last year when the battery died twice in a month, one in the middle of busy intersection.  Just as I positively loathe the Pacific Ocean on windy summer days like today when I can’t figure out whether my sinuses or the brush in the Inland Empire burn with greater intensity.

The point is – no one should ever take at face value anything that is said, or even read, in this world.  There is a context, an underside, a nuance, or even an accompanying explanation to everything you hear, see or read.  You are not obligated to seek it out but none of us can rightly deny that it doesn’t exist.  I mean, even I know in my heart of hearts that there is something good about mashed potatoes and peas despite the fact that the sight of them together on my dinner plate inevitably makes me gag.

Which brings me to the newest food craze sweeping New York  – the Cronut. 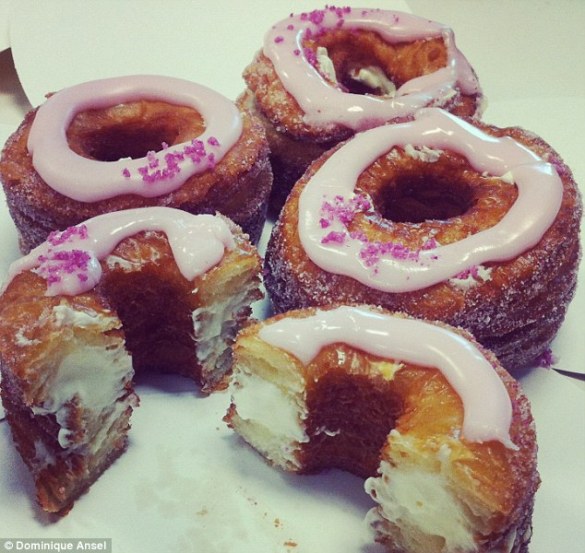 A combination croissant and doughnut, these very sweet somethings are the invention of French pastry chef Dominique Ansel and are THE new must have for anyone who is anyone in the city (Note: the previous sentence could easily be read by my beloved Stefon).   People wait online in front of Mr. Ansel’s Soho bakery each morning starting at approximately 5am (he opens at 8) to get one of the precious 200 or so Cronuts he bakes each day.  You can buy up to six of them in a day (they are sold to you in a gold box if you do so), you can’t reserve them ahead of time (Anderson Cooper tried and was refused while Hugh Jackman was rumored to have waited in line) and there are Craig’s List professional shoppers who you can hire to stand in line and deliver your Cronuts personally to you if you pony up $30-$40 per pastry for the pleasure.

Given all of the this, is it any wonder that I decided ahead of time that I LOVE and had to have my very own Cronut on my recent NYC trip?  Well, that is until I saw a photo of one close-up and realized it had a weird gooey cream oozing out of its center which immediately made me nauseous.  Like really sort of sick.  Cause I’m more of a chocolate cake kind of guy.  Always was.  Which in turn leads me to admit that I HATE Cronuts and the elitist idea of them.  At least for now.  Or until I taste one.  At that point, it can go either way.