One of a writer’s greatest strengths is memory.  Not for silly things like how to make ketchup, where you can get the best sale price for the complete DVD boxed set of the first three “Twilight” films or even what color Lindsay Lohan’s hair was when she was arrested once again this past week.  Though any one of the above might come in handy for a game of Trivial Pursuit, popularity with the friends you shouldn’t have or snaring a date with the hot TMZ reporter you shouldn’t have a crush on.

Blonde so does not go with Prison Orange.

No — the kind of memories I mean are on either side of the emotional spectrum.  Correction:  the many sides.  Hate and love/good and bad/happiness and sadness are the easy ones.  How about jealousy, passion, courage, anger, hurt, fear, longing, suspicion and hopefulness for starters?  Any one of those will not only cause you to lose the blank page, if you can corral them, but to also fill it with something you never knew you had in you (or conveniently forgot about until then) by the time you are done.  Depending on the kind of writer you are, the filling might be sweet or sour but tasty nonetheless for the right customer hungry for what you have cooked up.

Memories came rushing through to me this week via World Aids Day; my step mom in the hospital; tons of students who I adore reappearing at our annual school holiday party while others said goodbye; and the celebration in the last month of various birthdays (including my own) as well as the anniversaries of the deaths of several people I knew intimately. The thing about memories and writing is that a date on the calendar is not the only thing that can trigger it, only the most obvious one.  It can be a fleeting image, a song, a passing remark in real life or on television.  Connect in a significant way with any single one of them and a collage of events come crashing into your mind.  And in more cases than you care to, depending on how sharp your recollections are, the memory(ies) can be almost as clear as if you were there and this was the first time you were experiencing said event.  The latter, in particular, depends on who you are and the kind of writer you want to be, are already  or are destined to become.

I’m using writer in the generic sense because in some ways we are all writers of our own experiences.  That is because we all tell stories to someone – even if it is only ourselves.  Marsha Norman, Pulitzer prize winning writer of ‘night Mother, likens playwriting to the old days prior to television and the movies, where human beings used to sit together around a campfire, actually make eye contact with each other (rather than the touch screen kind) and say ‘let me tell you a story’ – at which time a person no more or less talented than any one of us are now would weave a tale of woe or joy and, depending on the skill of the speaker, watch as those emotions were reflected back to them from the eyes of a rapt live audience.  The only difference today is that a larger group of us choose to, or simply can, put our storytelling on paper or a computer screen, to be either read or performed or both.  It doesn’t make those among us who do not do this any less storytellers or even writers.  It’s simply writing of a different kind.  Side Note: Unfortunately, being a writer these days can often sound so rarefied and almost pretentious unless you accept the idea that everyone does write in their own way – on paper, electronically, verbally, physically or even emotionally.  To my definition it’s all storytelling and that indeed does make us all authors of not only our own stories but of every story we choose to pass on to others in whatever way we choose and through whatever medium we see fit.

For example, Chris Matthews made a remark on his MSNBC show Hardball this week, casually noting (writing?) in the context of something else, that Ronald Reagan was not anti-gay.  This being the week of Worlds AIDS Day, images of dying, emaciated men in their 20s, 30s and 40s, some of whom I knew quite well, immediately came rushing back in my mind, as did the perpetually smiling face of Mr. Reagan – a smile at the time I longed to wipe the floor with as I dragged him kicking and screaming into every quarantined hospital room I knew and forced him to look at the beginnings of a new Holocaust that he refused to ever truly and fully acknowledge.  But hey, that’s my memory – and certainly not one shared by the fringe group of his acolytes who periodically wage a campaign to put their hero’s punim (that’s Yiddish for face) on Mt. Rushmore next to Washington, Jefferson and Lincoln.  I have a few choice words for those idiots, but to them I’ll simply say what Amy Poehler and Seth Meyers used to say on SNL’s Weekend Update:  “Really?” 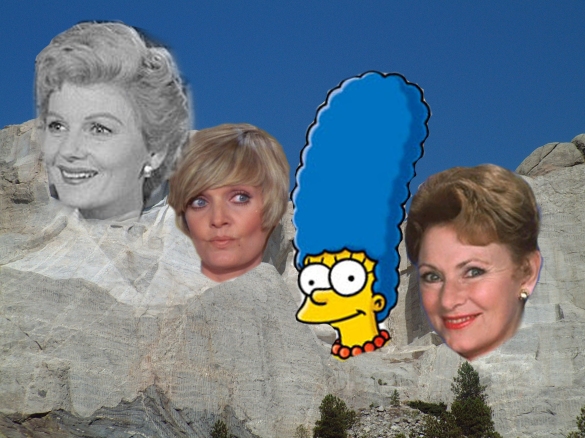 Now, there’s a Mt. Rushmore I can get behind!

But while we’re on the subject – thanks to Chris and writing about this, a few more Reagan memories have suddenly come back.  That nasty little argument with a woman in my writer’s group who tried to defend our late president in the early AIDS years to me while everyone else looked very nervously away and into a bowl of particularly bad chips and salsa; and another time I once nearly punched out (yes, it’s true) a gay Republican who tried to lecture the late and brilliant author of the seminal chronicle of AIDS/governmental history, And The Band Played On, about the merits of Reagan. (It took two people to hold me back as this shit for brains jabbered on endlessly). Further side note:  The author Randy Shilts was a perfect gentleman during this and when I approached him later on he simply laughed at this then young man’s total ignorance of the facts of all of our lives.

Speaking of lives, more memories have suddenly come back.  My step mom, now a vibrant but still very fun senior citizen, is in the hospital at the moment still fun and pretty vibrant despite the fact that she was making a meal of ice chips last night.   Though her room didn’t exactly have a roaring campfire, I nevertheless couldn’t help but watch her and think of the time when I was 14 years old and first met her in a bowling alley with my father – she being the one with the long auburn hair cascading over the coolest brown suede poncho (with fringe!) that I had ever seen in my then short life.  (Confession:  I still think it’s cool!).  I now remember this memory so vividly, as well as how my pre-determined feelings of dislike for her turned to love in just a few short minutes despite my steely resolve to react otherwise.  It has, in fact, taken me many years to realize the story of those feelings would be a recurrent story in my life that has caused me to be continually surprised (in both good and bad ways) by people I had decided to have pre-determined reactions towards. 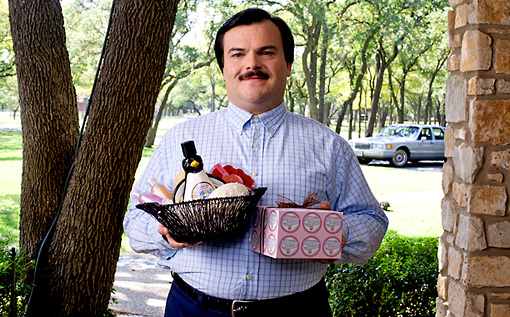 I’m looking at you, Mr. Black in  this year’s outrageous Bernie.

I may not have written about my stepmother (though really my second mother because she’s been that special and such an important part of my life for so long) on paper but I have shared some of our stories to others a few times – and they’ve always made me smile.   Not only that, these stories have evolved my opinions and views of a particularly turbulent period in my life each time I’ve retold them.

I have also written a lot about AIDS on paper – as well as told numerous, or perhaps even immeasurable, anecdotal verbal stories – so many more of the latter, in fact, that I’ve risked alienating no small number of innocent bystanders over the years as I’ve gone on and on and on.   The plague year stories never change anything at all – no opinions or views that I know of.  The only thing they seem to change is my mood at the time of their telling. Depending on where I am in my life I can feel better or significantly worse each time I do tell one.

That used to frustrate me in the screenplay area until I realized that even the great masterwork on AIDS – Tony Kushner’s Angels in America, for example – didn’t change anything the way I really wanted to change it.  Which was, specifically – to make a full correction – to make it as if it was indeed a story and didn’t happen.  More precisely – to bring back those that I loved who were lost  and everyone else who didn’t deserve to die at such an unforgiving hand of fate and to throw it all into the dust bin of modern urban legend.

If only it were a dream…

People will write to pay the rent, because of obligation and because they’re good at it.  But the majority of us – we write because we have to for our own very personalreasons.  I suspect part of this is to deal with the past and, in fact, correct it in some way – or at the very least understand it.  And perhaps affirm, deny or, in many cases even change the ending.    Woody Allen cops to this at the end of Annie Hall when he switches his bittersweet breakup with the woman he truly loved, for reconciliation – at least in the play written by his movie alter ego.   He tells us in not so many words that as a writer you want to change the past and have it make sense because in real life it often doesn’t.  In truth, nothing really does if you decide it doesn’t.  We impose the preferred order on things.  Which is, again, where writing, or storytelling, comes in.

All written stories have their beginnings, middles and endings.  And the best part is, we writers – every one of us in every medium, real or imagined – get to choose which goes where.  That, in itself, is worth remembering.