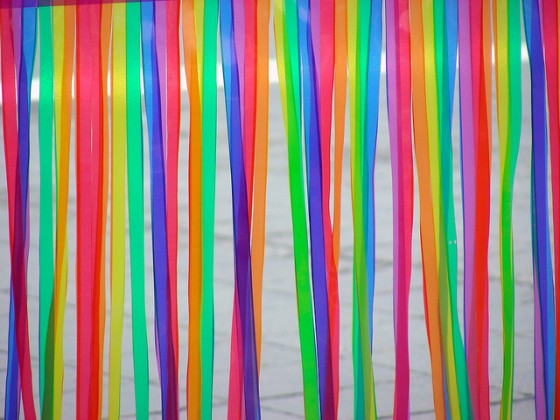 Twenty-five years ago screenwriter extraordinaire John Hughes sat opposite me in his office on the Universal lot and looked me straight in the eye.  Then he suddenly (and repeatedly) banged his fist on his desk, insisting quite loudly:

Mr. Hughes was referring to his not-yet-filmed classic movie “Pretty in Pink” – a script I had read, liked and related to even though my life was quite far from the suburban teenage settings in most of his films.  I can’t recall what I was saying or even what aspect of the story we were discussing.  All I remember is I hit on something that spoke to him that caused him to hit on his desk (more than once but in a good way) because our polite business conversation quickly got a lot more real and a lot less, well – full of crap.  Bizarre as it was for a famous writer-producer to bang his fist on his desk and bond with a person he was actually supposed to be interviewing for a job, I sort of liked the guy for, at the very least, behaving like a recognizable human being with feelings.  Suffice it to say, this was not something I was used to seeing much of in Hollywood in eighties.  Or enough of since.

Even though word got back to me Mr. Hughes liked me very much too, I wound up not working on the “Pretty in Pink” crew.  This is because when I was subsequently interviewing with someone even higher up than he was on the production, I had my own little attack of pride when this person sneered:  “Why should I hire YOU on this film when YOU’VE ONLY worked on TWO movies?”

I think it was the nasty tone or perhaps the condescension in this person’s voice that caused me to answer: “Well, no, actually, I’ve WORKED on two movies.”  And then I explained that these movies were equal in stature (actually they were more prestigious) than the film I was now being interviewed for and I did a good job, which could be checked out.  Of course, none of that mattered because my involuntary retort had thankfully sealed the deal that I would never have to be in the room with or be working for the jerk and a half who was now looking me up and down in contempt.  I knew that the moment I answered this bully back as sure as I also knew that had Mr. Hughes himself been in on the meeting he would’ve been proud of me for sticking up for myself when someone more powerful was trying to play the superior card and belittle the new kid on the block for no apparent reason other than the fact that they could.  P.S.  Did I mention the sum total of this person’s feature film credits at the time was zero (meaning two less than mine?).  I thought not.

Yes, pride cuts both ways.   But as John Hughes showed us not only in “Pretty in Pink” but also in all of his films, the best choice is usually to own who are you and actually take pleasure in the imperfect mess of a human being that is you.   Because even if you don’t get the job, or into the cool clique or wind up with your dream mate, at the end of the day you will at least be able to look in the mirror and have something resembling your real, true self staring you back.  (And from the benefit of time and perspective I can HONESTLY testify that that is no small thing).

In keeping with the theme of Mr. Hughes (for no other reason than we can), this week marks the beginning of the 2012 Gay Pride Month (substitute another sexual orientation or ethnicity if you’re not gay and want to make this more personal  because even I am getting “gayed out” these days) and the annual colorful march in Los Angeles down the boulevard of dreams not yet broken.

Any Pride Month or organized march is meant for the individual to proclaim a certain amount of positive love for oneself despite the ample opportunity for oppression in the world even if you’re not looking for it.  As one of those gay people who has marched in and or attended any number of pride parades, it’s become apparent over the years to me that in the contemporary world, Pride is not always seen as the same kind of positive that Mr. Hughes proclaimed it was in our face-to-face meeting back in the eighties.  In fact, in politics it’s often noted as being partisan, pandering, special, chosen or – at the very bottom of the totem pole – too “politically correct.”  I mean, if a group sees itself as so special that it needs a parade or pride day (or month), doesn’t that mean it’s asking society to give it special rights and that that group is holding itself above all the rest of us?  Well, uh, maybe – but let’s consult dictionary.com to get the real verdict:

1. a high or inordinate opinion of one’s own dignity, importance, merit, or superiority, whether as cherished in the mind or as displayed in bearing, conduct, etc.

2. the state or feeling of being proud.

If you lose the sense of superiority, because let’s face it, everyone feels both superior and inferior depending on the way you look at it, pride has a pretty positive meaning.  To have a high opinion of your dignity, importance or merit in the world is not a bad thing as long as you don’t inflict it on other people in an oppressive fashion. Especially not bad is the state or feeling of being “proud” – of who you are and how you are. Of not so much what you’ve achieved but what you are trying to achieve and how you are trying to do it.  This is particularly true for 100% of the groups who have some type of parade since they are always somewhat oppressed and never among the majority or the privileged in the society that they live in (i.e. there are no RICH, STRAIGHT WHITE GUY PARADES unless you count the annual Allen & Co. Sun Valley Conference, which last I heard does not feature any sort of march and is slightly integrated).

It would be nice to live in the earthly village of Utopia where flying your freak flag is as useless and unnecessary as the 8 Track tape, a Nehru Suit or a Zeppelin (not the Led kind).  But unless human nature cross-pollinates with the lost genes of Gandhi, Mother Teresa and the most selfless religious figure you can name (Jesus? Moses? Buddha? L. Ron Hubbard?) it doesn’t seem likely.  On a personal note, I’d rejoice in the streets if the grand marshals of this year’s Gay Pride Parade – the Trevor Project – were rendered extinct because then there would be no need for an organization dedicated to helping young gay, lesbian and transgender youth considering suicide since that joyous accepted minority would have no reason to contemplate such thoughts in the first place.  The same goes for the National Organization for Women (though ironically women are a majority), the NAACP, the Southern Poverty Law Center and labor unions (though the latter might soon be forced out of business by a select few not mentioned on the aforementioned list).

In the meantime – it might be worth noting some other touching, necessary and instructive instances of pride I’ve personally witnessed in the every day life of others that have meant something to me in the last few months:

1-    My student who in one semester did a record 650 plus internship hours (that means working for free) in a four-month period for two different film companies because this young person would never, ever consider not going the extra mile.  I might add that during this time, the student also wrote and rewrote an entire original feature screenplay and worked tirelessly for another producer who then offered this student a job on a currently shooting prestigious feature film in New York.  And who says pride in one’s work doesn’t get you anywhere?

2-    The dear friend who has seen and done it all many times over who last week went to a fundraiser for our current president and told me it was the “highlight” of his life.  This was not necessarily because of politics (though that helped) but because, after a lifetime spent working in political causes, it was simply humbling to finally get to meet the person who led the country that has meant so much to him.  Patriotic pride or simply patriotism?  You be the judge.

3-    The young woman I’ve known for five years who has had many career opportunities but instead had enough faith in herself to choose to take off to Ireland for a year and support herself with a series of odd jobs because it was something she “always wanted to do.”  I caught up with this clearly free and upbeat spirit last week and can report she now has a graduate school degree, a very cool new job and a very cool new mate – all of which happened after (or perhaps as a result of?) her ability to take a detour and simply live her life the way it felt right.  A lucky dreamer or pride and belief in oneself?  Hmm…

The only thing these three people have in common is their ability to take some sort of pride in themselves – in their work, their tribe and their deepest desires.   They are, as we say in the LGBT community – out and proud.