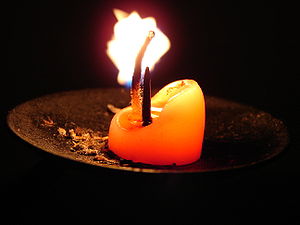 still got a lot left to burn...

“When you’re dead, lie down,” said an old flame of mine about the performance of an older movie star of the sixties in a film several decades later.  I didn’t think the performance was good but neither was it particularly awful.  However, I did sort of chuckle (or perhaps belly laughed) at the comment because not only was it snide and amusing but it came from the lips of a person who at the time I thought could do no wrong.

Well, now that I’m decades older and much closer in age to the movie star (who it turns out wasn’t that old) – and now that the old flame has flickered out of my life and chronologically is what many of us consider old, or at the very least much OLDER than the sixties movie star (and certainly a lot less rich and famous) – I have to admit that on the subject of “lying down” both of us wiseacres were WRONG – DEAD WRONG.

There is really never a time to stop doing what you love to do simply because your hot streak is over and others think you have overstayed your welcome.  Just as it is never a great idea for the powers-that-be to blanketly ignore people who have mastered their craft solely on the basis of their age (be it young or old) for what is perceived to be the next LIVE thing.

A case in point is Oscar-winning screenwriter Frank Pierson, who turns 86 next month.  Mr. Pierson won his Academy Award for a movie starring Al Pacino that you might know, “Dog Day Afternoon” (1975). In addition, he was also nominated two other times for “Cat Ballou” (1965) and “Cool Hand Luke”(1967).  More recently, Mr. Pierson directed the acclaimed HBO TV movies “Citizen Cohn” (1995), “A Soldier’s Girl” (2001) and “Conspiracy” (2003), served as president of the Writers Guild of America from 1981-1983 and as president of the Academy of Motion Pictures Arts and Sciences from 2001-2005.  On a personal note, I can also tell you Mr. Pierson is an extremely smart and gracious man who extends himself to young writers but can also gloriously cut his cowardly peers down to the quick as I once witnessed at a very contentious open Writers Guild meeting in the nineties when he publicly challenged his fellow scribes to “grow a pair” (my words, his were a little more colorful) and stand up to the studios because “no one else will and, damn it, that’s what writers have always done” (again, cleaning it up for blog audiences). 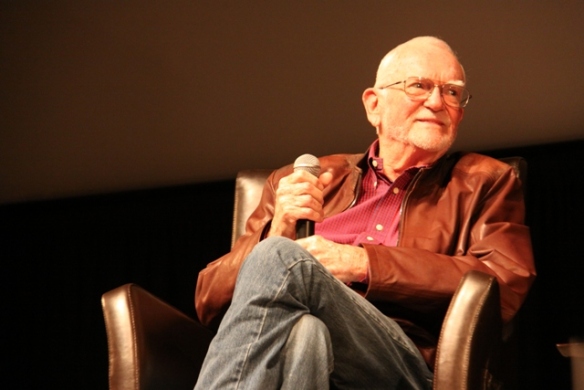 Mr. Pierson tells it how it is.

This past week Mr. Pierson had another career triumph for his writing of the fifth episode of the current season of AMC’s “Mad Men” – a disturbing, gutsy, self-possessed hour entitled, “Signal 30.”  Though all of the episodes this season shine for various reasons, this particular one, penned by an 86 year old, has upped the game and officially made the 2012 version of “Mad Men” the BEST WRITTEN SHOW ON TELEVISION. 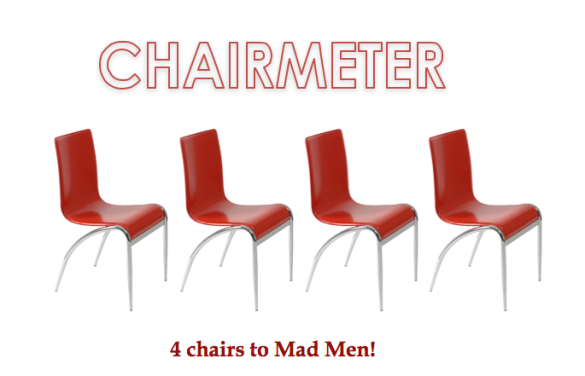 for Frank's a jolly good fellow!

Without getting too far into the plot elements for non-watchers, suffice it to say any hour-long episode of TV set in 1966 that dares to feature and pull off all of the following:

Well, that’s is okay by me. 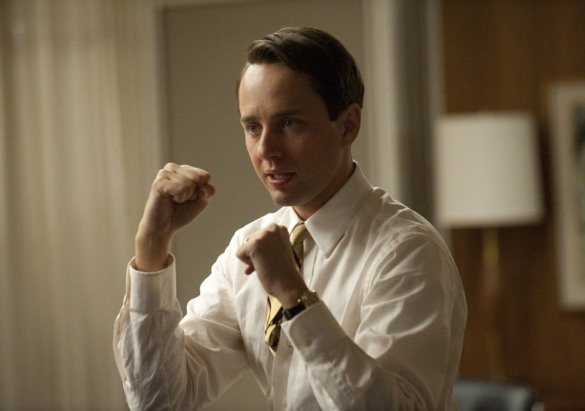 Actually, it’s more than okay.  It’s pretty terrific.  And not only because of what that episode says about American culture right before the social revolution of the late 1960s but for what it shows us about American culture five decades later.  More than the obvious fact/fiction of the past, the present day workings of the actual television show “Mad Men” prove to us that rather than being dead or basically put out to pasture, it actually is possible to be relevant as an artist in commercial Hollywood once you get past the age of ________ on a non comic-book, non-sequel, non-high concept, non-sitcom piece of material that isn’t based on the life and times of your children, or even grandchildren.

Matt Weiner, “Mad Men’s” creator and show runner, is responsible for Mr. Pierson’s hire and part of the brilliance of his work on the show is that he boldly takes chances not only on the creative direction of each season but on who he chooses to hire.  Given conventional TV wisdom, there is no reason in the world for Mr. Weiner to employ Mr. Pierson except that Mr. Weiner is smart enough to know

a. Mr. Pierson started his writing career in advertising near the time “Mad Men’s” world is set.

b. Mr. Pierson grew up in Chappaqua, N.Y., which is pretty close to the area where many of the series characters reside, and

c. Mr. Weiner is secure enough in his writing talent and stewardship of his show to not be threatened by the talent and reputation of an old war horse like Mr. Pierson (who, by the way, famously stood up to the then uberpowerful Barbra Streisand and her producer-boyfriend Jon Peters as the writer-director of their 1976 version of “A Star Is Born”)

Oh yes, there is also

d. Mr. Weiner always has the prerogative to rewrite any writer on his show. 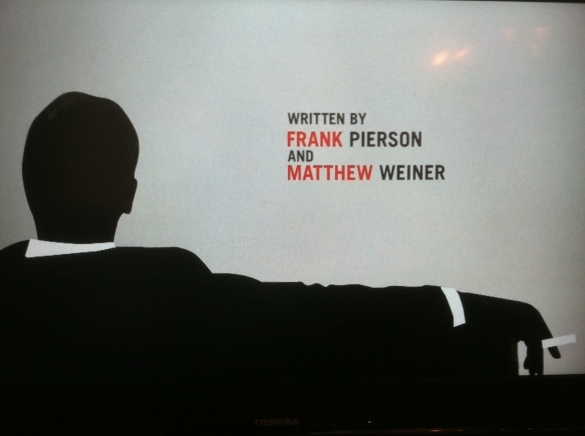 the order says it all..

Of course, so do any other show runners on any other show and you don’t often see them digging in and doing much out of the ordinary. In full disclosure, Mr. Weiner did rewrite Mr. Pierson a bit (as he does with almost everyone on the program) and shares writing credit (as he also does with almost everyone).  But in Mr. Pierson’s case it was not more than 40% of the script (and probably less) since Mr. Pierson’s name is listed first before Mr. Weiner as the writer of that particular episode.  How do I know the percentages?  Mr. Weiner publicly announced it in more than one interview.

I’m not saying Matt Weiner deserves yet another award for hiring Mr. Pierson (who was also a consulting producer on “The Good Wife” sans writing credit in 2010), or for not rewriting him entirely.  But he does deserve high praise for keeping a terrific television show afloat by trying to do something different from the norm both onscreen and off.

It would be nice and perhaps even smart if others took note and followed his lead.