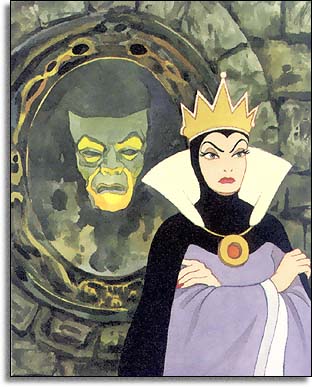 I’m not proud of what I’m about to write.

Two producers and one director I know and personally don’t like or respect at all, have scored a lot of attention and success recently.  The producers on TV and the director in a big way on film.  Both are for projects incredibly superficial, pat and pretty much a cop-out from any real meaning other than a kind of glossy perfunctory look at people and the world.  They (the projects) are both quite slick and professional looking but lack soul.  And worse yet – each in their own way masquerades as something meaningful, entertaining and, at the very least, clever and/or heartfelt.

Certainly, I don’t think about it much of the time.  And even when I do, I don’t usually feel the raging anger.  Often, I just sort of laugh it off and realize, as the old saying goes, that even a broken clock is right twice a day.  But every once in a while the anger bubbles to the surface in situations like these.  Occasionally I even fantasize about telling them the truth about who/what they and their project really are in front of a room full of smart knowing people – shaming them into submission that they are indeed mediocre and, at the very least, should try harder.  Either that or arrange it so they’re sent away to the Peace Corp or a Middle East veteran’s hospital for a year, (okay, maybe two), so they can see what real life is and either bring it back to their work or at least experience a hardship more pressing than what they will wear to their next screening or who they will try to bed at their next industry gathering.  Yes, all three are that type.

Simple jealousy?  I used to think so.  But not really when you get below the surface.

Green is not a good color on me

Whenever I get in this state of mind I have to question – why go there with them or this project now and why do I care at this particular moment in time?  The answer is simple and it has little to do with them and everything to do with me.

When I do get to thinking this way, one thing has become more than apparent – I am not doing enough of my own work.  Or, I am frustrated with something about my work.  Or perhaps even some other element of my own life.  Otherwise – why would I care about these people, who I not only don’t like but, truly, have no interest in.  It’s irrelevant how they’re doing, or what they’re doing or why they’re doing it.  And it’s not as if they’re taking the place of one of my projects in the creative world.  Contrary to popular belief, there are not a finite number of spots available on the merry-go-round of success or the choo-choo train that is money (or even the snowmobile or ski lift of happiness).

When will it be my turn?

Now mind you, this doesn’t mean what I am saying about their work, or even them, isn’t true.  (Trust me, it is  – the chair doesn’t lie). It means, it isn’t my business and, really, who am I to sit in judgment.  It means that when something about someone else’s success really bothers you and makes you want to throw your own version of a chair against the wall or through the window, you’d do best to look in the mirror and really see what’s bothering you.  And usually it can be summed up in those three letters – Y – O  – U.

Sure the system is rigged and crappy things get made.  Sure, talent doesn’t always rise to the top despite the old adage that gets handed down to generations in the biz again and again.  As Stephen Sondheim so cleverly once wrote in Merrily We Roll Along, one of his most commercially unsuccessful shows now being revived for the umpteenth time in NY and one that is considered by Sondheimites as one of his best scores, in (So) Now You Know:

And it’s all a plot,

…But you better look at what you’ve got…”

(He also has such great lines as, “Put your dimple down, now you know…”, but I digress).

Sondheim puts it so much more wittily and sarcastically than I could.  Funny how that doesn’t make me jealous at all – not even envious.   How can you be jealous of genius?  He’s the gold standard in the theatre.

Last night (Thursday the 16th) I took my students, as I do each year, to hear a panel of WGA and Oscar nominated writers speak about their craft.  Writers like Aaron Sorkin, Steve Zallian, John Logan, Will Resier and Annie Mumalo wrote movies this year as disparate as Moneyball, Girl With the Dragon Tattoo, Hugo, 50-50 and Bridesmaids.  They’re all fine efforts.  Plus,  though I don’t know the writers personally, they all seem to be fine people willing to spend two hours sharing their crafts with an audience of many other aspiring writers who they themselves were several short decades ago.  It was inspiring, illuminating and not at all jealousy making – for me at least, because it didn’t push any of my jealousy buttons.

I might personally lose my way when people get plaudits I feel they don’t deserve.  You might go off track because you feel stuck.  Or afraid.  Or insecure in your talent.  Or tired of fighting the good fight.  Or marginalized because of your race, religion, sexual orientation or belief system.  Or because of   _____.  Or_________.  Or for a hundred other reasons.

The solution, the only thing to do is to look in the mirror and know it’s not about them.  It’s only about you.  And to then do something positive.  Like – work through it.  Though getting drunk, overeating, or imbibing something more exotic might provide temporary relief, it will surely give you a headache in the morning and won’t provide any type of real fix.  But doing something positive for yourself, like working, and then working some more, will.  Because, in the end, the issue, and the work, is really all about you.  Not about them.  Much as you (or I) try and make it be.

In closing, I’ll leave you with some words of wisdom Mr. Sorkin offered in his closing remarks Thursday night, once he realized there was no time for an audience of aspiring writers to ask questions but saw they still longed to do so.

“Get to the end.  You learn a lot by just finishing.  And then you’ll start again.  Rid yourself of what you’re not happy with.  And hang lanterns on what you are.”