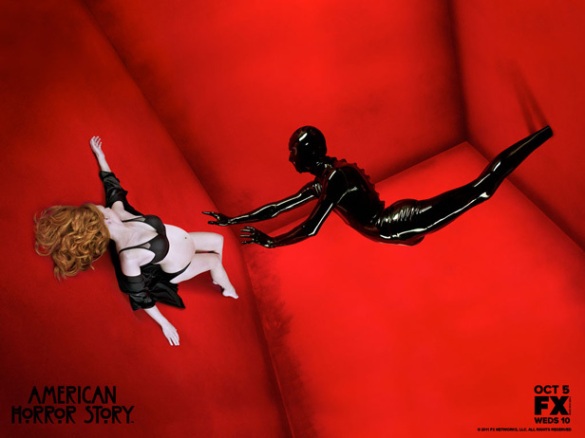 A drama teacher once told me that if an actor plays a scene with enough commitment even the most outlandish choices they make would work on some level.  And maybe many levels. At the very least, it wouldn’t be boring.

Such is the case with the new FX one hour camp scarefest “American Horror Story” from the creators of “Glee” (Ryan Murphy and Brad Falchuk).  If that sounds weird, it is, very.  But it’s not as if the creators don’t know that.  In fact, they revel in it.  Actually, they luxuriate in a bloody bubble bath of it .  Any show that in its first episode shows us:

— has something less (or perhaps its more?) than the drama of “Sophie’s Choice” or the integrity of a Shakespearean “King Lear” on its mind.  What, if anything,  that will be in the final analysis, I’m not entirely sure.  But what it is right now – in October 2011 —  is unbelievably entertaining.

Why?  I’ll try to elaborate.

In an age when political candidates and movie stars spend the majority of their time pretending to be something they’re clearly not, or worse, trying to be something they think that we want them to be – anything but themselves – it is refreshing to see something, anything, that is telling you exactly what it is – camp outrageousness.  The first episode alone blatantly steals moments from every classic horror film you can imagine: from “Rosemary’s Baby,” to “Carrie,” to “Poltergeist,” to “The Shining” to “Amityville Horror,” “Paranormal Activity,” The Cabinet of Dr Caligari,” “Harvest Home,” and Hitchcock’s (or is it Daphne DeMaurier’s) “Rebecca.”   Yet there is something unbelievably invigorating when something OR SOMEONE owns who he is.  It’s as if they’re saying – “you don’t like it TOUGH! (as my little sister used to tell me when I wanted one of her toys or asked her for the 12th time to leave my room).  You have to admire the spunk, even when the answer or result isn’t exactly the something that you expected or wanted or even dreaded to hear.

You might ask (if you’re still reading) — Why am I writing about a one hour show on FX that is my latest guilty pleasure (should pleasure even be guilty?) when there is so much else going on in the world much more important.  Precisely because “American Horror Story” is absolutely emblematic of what is literally going on in the world.  Every political idea of today feels taken from another era.  Every new big studio movie (they just announced Johnny Depp is starring in a remake of  “The Lone Ranger” – and not even as the title character – as Tonto!) seems like it’s a remake of something from a bygone era that we’ve already seen, probably a remake from an era even more bygone.  Most television shows feel like redirected retreads of a stand up comic’s sitcom act (except Louis CK); or a feeble attempt to cash in on a trend (“Mad Men” begets the infinitely inferior and now defunct after 2 episodes “The Playboy Club,” and the inevitably soon to be defunct “Pan Am.”).  Even Broadway is spending time and money creating new “remake” American musicals like – “The Addams Family” and “Shrek,” waving enough money that even the biggest Broadway talent (yes, Nathan Lane is  THE box-office Brad Pitt of Broadway musicals) can’t say no and thus fostering the endless, unendurable cycle of, well – what we have. 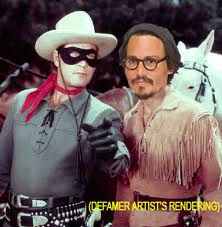 But for those of you writing to tell me you want me to be more optimistic and less complaining – here’s the deal – you can do all of these things – “Lone Ranger,” “Addams Family, “Playboy Club,” Pan Am” and many more of, well, anything if you do them terrifically –if you are just, well, OUT there with them.  Twist the unoriginality – come in with your take and commit to it enough (as my acting teacher once said) that it can’t help be anything but original (if only due to its blatant UNoriginality).

The one misnomer of “American Horror Story” is that it is being broadcast against another not so guilty TV pleasure called “Revenge” that I also very much (no – not because a former student is a staff writer) like.  “Revenge” is a well-done Hampton’s story of, uh – revenge.  In this case the poor person, Emily, is now rich and has returned to the Hamptons because her father was destroyed and she was ripped away from him as a wee child by a group of very wealthy, over privileged, immoral residents of the Hamptons.  “Revenge” is the REAL contemporary American Horror Story and should really be titled as such – rich people preying on the poor and downtrodden (less powerful) to such an extent that the poor seek, well, you know.  We root for them all – they’re our surrogates.  (well, 99% of us). 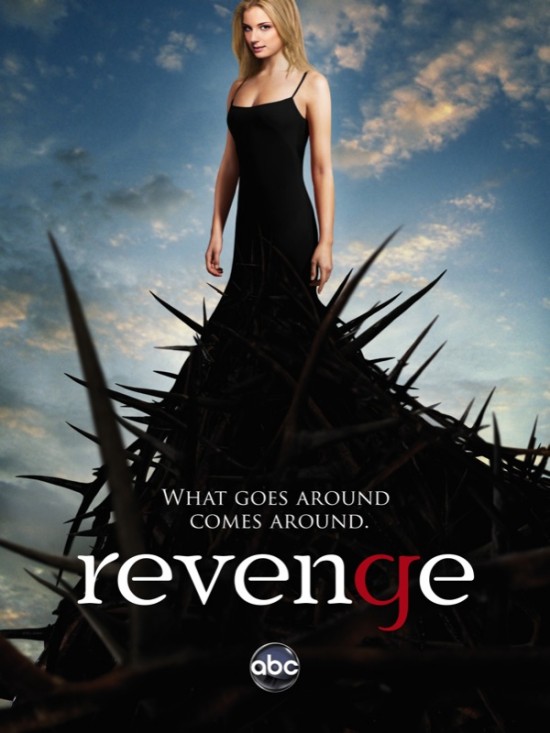 Watch out Hamptons, here she comes!

“Revenge” has already been renewed (for the season back nine) because in this particular American horror story we are gunning (yes, gunning) for someone to get their comeuppance from the community of wealthy powerbrokers who have been so over privileged for so long that they literally don’t suspect or could ever really even conceive why anyone would go to such lengths to get even with them in the first place – so accustomed are they to living their lives the way they do.  Does that sound familiar?  Or Are we (I?) succumbing to Mob rule as ads for this new and uncannily prescient TV program OCCUPYs the billboards on our STREETS?

The late American genius thinker Susan Sontag once wrote about all this and quite a lot more in her seminal essay of the 1960s, “Notes on Camp.”  As she tried to explain it to the rest of us, entertainment that we find “campy” – meaning over-the-top, exaggerated and in some uptight intellectual circles of that (or this) time perhaps a bit inferior, served a very real and necessary function and, perhaps, was anything but.

“The whole point of Camp is to dethrone the serious,” Ms. Sontag explained. “Camp is playful, anti-serious.  More precisely, Camp involves a new, more complex relation to ‘the serious.’  One can be serious about the frivolous, frivolous about the serious.”

To my mind, the Camp of “American Horror Story,” and to a more subdued but perhaps even more accurate sense “Revenge,” are exactly what the entertainment Gods have ordered for what ails us at the moment and we should willingly – no – feverishly – take our medicine on Wednesday nights at 10 pm. (or at some other regular DVR or Hulu designated moment at your own discretion). It’ll either make you smile or make your mouth drop in disbelief from its outrageous, audacious and/or yes, hopelessly derivative camp value.  But it most certainly beats checking out the news, worrying about how you will pay back your student loans, looking at your 401K statement or any present or near future uniquely American horror that might await at your door.