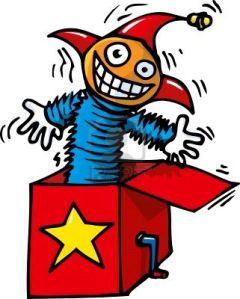 There are so few surprises left in the entertainment world that it puts a great big smile on my face when I find one.  So it was not unsurprising that I was grinning ear to ear last night when I found out that Lauren Ambrose, the flame-haired Emmy-nominated actress who played the slightly screwed up, aspiring young artist Claire on HBO’s brilliant “Six Feet Under” TV series, was cast as Fanny Brice in the upcoming Broadway musical revival (the first in 45 years) of “Funny Girl.”

Now, for those of you who aren’t musical theatre freaks or gay, don’t stop reading.  Because there will be a larger point made.  Fanny Brice is the part that made Barbra Streisand a Broadway and movie megastar and defined her as a performer for decades.  Industry wisdom was that NO ONE could ever do it, be as good or believable, and that it was pretty much a waste to spend millions of dollars in musical theatre (or other) money in order to try and convince anyone (much less an audience) to the contrary.  Still don’t care?  Okay —

How can I explain this to readers under 40?  Particularly those who are heterosexual —

Jaden as Harry? I don't think so.

Having someone step into Barbra Streisand’s shoes as Fanny Brice would be akin to remaking the first  “Harry Potter” movie and casting – uh – say – Jaden Smith as Harry?  It just won’t feel right to most people on the first blush.  Or the second.  Or even the twenty-third.

I’m a huge “Six Feet Under” fan and a Lauren Ambrose fan in particular.  Her current turn as a bizarre pharmaceutical rep on the Starz series “Torchwood” is a gem and I’ve seen her be good in lots of stuff over the years.  But playing the quintessential Jewish American musical comedy heroine, the same part played by THE real-life quintessential Jewish American musical performer/heroine of the last century?  Are they kidding?

Then I thought about it and realized.  Well, she can act.  But can anyone act that well in a part that’s been done so perfectly that they’re not right for? (at least according to conventional wisdom).  Hmmm.  Maybe.  But even accepting that, how could she sing it?  I mean, I’ve actually heard her sing.  A former writing partner of mine directed the film version of “Psycho Beach Party,” one of her first roles, and she was quite good.  But – “Funny Girl?”  Are you kidding?

Then I listened to this –

It’s oddly infectious.  And off.  And funny.  And she can really sing.  But I mean – really sing.  Not necessarily like Barbra Streisand.  But the funny, quirky, infectious thing she does could possibly remind me of some performer.  Maybe one from the past.  Let me think.  Hmmm.  Still thinking.  Maybe – Fanny Brice?

The point here is not whether Lauren Ambrose will be a great Fanny Brice or perhaps the disappointment a small handful of nasty and bitter Lea Michele fans were hoping for.  (No, she didn’t get the role – get over it!).  It’s that it took a performer with the drive and talent of Ms. Ambrose to not let the industry define her – but define herself and forge her own path despite what any of us naysayers think.

Can you imagine if after “Six Feet Under” she’d said to her agents – you know what I’d like – to do a big Broadway revival of – “Funny Girl.”  HUH????  Answer:  What about the star of your own TV series on NBC, honey?  There are potentially millions of dollars in that.  What about movies?  They want you as Katherine Heigl’s sister in “29 Dresses” and it’s lots of exposure to a new audience.  What about, uh…wait, even if you can sing, no one can compare to Streisand.  Why set yourself up for failure?  As your agents we’re here to tell you….

Now I’m not entirely sure that’s how the conversation went but I can guess.  That’s the advantage of being the chair of this blog.  And I don’t know that I’m so far off.   Except that I hear that Ms. Ambrose is quite a lovely person and would probably not treat the people that represent her so shabbily.  So I’m quite happy to do that for her.

The reason I’m willing to mouth off is that someone needs to occasionally speak for creative risk-taking and artistic independence.  Or at least shine a small (albeit very small) light on artists who  “walk the walk” and follow their muse — Creative people who take chances when they don’t have to, probably passing up many more seemingly sure things in order to do this.  This goes not only for someone in Ms. Ambrose’s position as a working actress, but also for any person in the creative arts who is not working.  We all make choices every day on which projects we’ll work on, what we will devote our time to.  Are we choosing the “sure thing” (as if there were such a thing) or deciding to do what is “calling” to us?  In Ms. Ambrose’s case I can only guess that when some years ago when she decided to play in small clubs as a singer with a retro jazz band called The Leisure Class that she was answering “the call.”  Because it wasn’t for the money or attention.  This isn’t the 1950s. Or even the l920’s.  This isn’t the age of girl singers.  Or turn of the roaring twenties singers.  That really went with, well, was  pretty much last popular in — the age of Fanny Brice.  Oops.

I might have told this story before but it bears repeating.  Many years ago I worked as a publicist on the set of the sequel to “Bill and Ted’s Excellent Adventure.”  It was admittedly not the high point in my career although for some weird reason it is now met with some odd kitschy respectability.  But what I particularly recall from that time is the look of surprise and disbelief on the face of some of the (above-the-line) crew when they found out I was a writer.  (“Yeah, sure, who isn’t”).  This was nothing compared to the absolute shock on some of their faces when by the end of filming I had sold a screenplay I wrote that was packaged with several big stars and given a green light to be filmed less than six months later.  “Did you hear the PUBLICIST sold a movie?”  “How can that BE?”

The entertainment industry (actually the world at large) pretty much wants to define everybody.  It’s easier that way.  Even as I’m writing this I have to cop to the fact that I am probably guilty of it too.   But we all make a big mistake when we set the limits for someone else.  And – for what it’s worth – an even bigger mistake when we set limits for ourselves and what we can do.   If you’re in the creative arts, the very nature of it, the very fun of it, is that there ARE no limits.  It’s a playground.  And aside from a few basic parameters when you’re in the playground there are no rules.  You get to make up the game as you go along.  It’s better that way, certainly a lot more fun.  Because every once in a while the odds are that if you play the game you make up right, you get to be the BIG, BIG winner.  The verdict is out but I suspect that is what’s in Ms. Ambrose’s future.  And perhaps one of ours if we’re willing to follow her path.